Now on sale in Far Rock 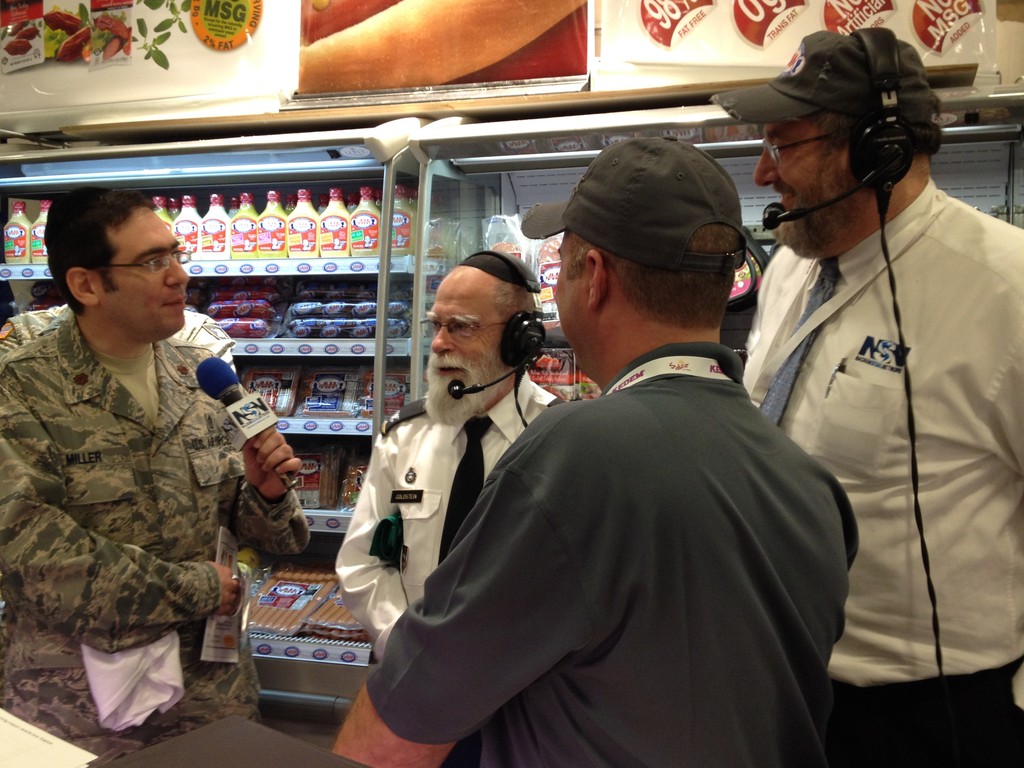 KosherFest is about bringing kosher to the masses, but Major Miller (left), who enjoyed kosher food during a six-week tour in Afghanistan, was to help KosherTroops.com bring kosher food to soldiers everywhere. He 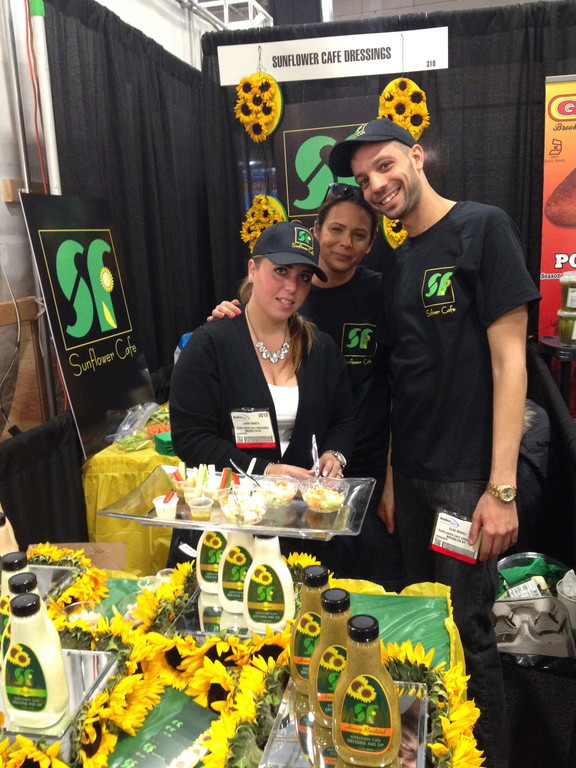 The Sunflower Cafe, a restaurant on Central Avenue in Cedarhurst and in Midwood, marketed its new bottled dressings. Vinaigrette and Honey Mustard were available for sampling. 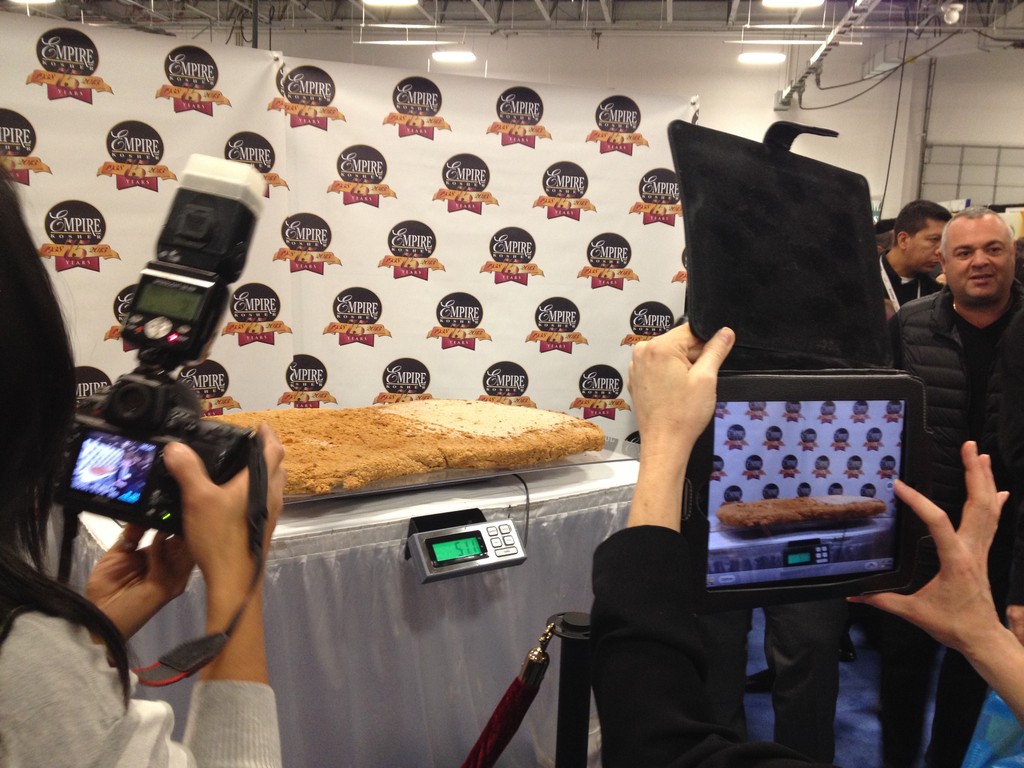 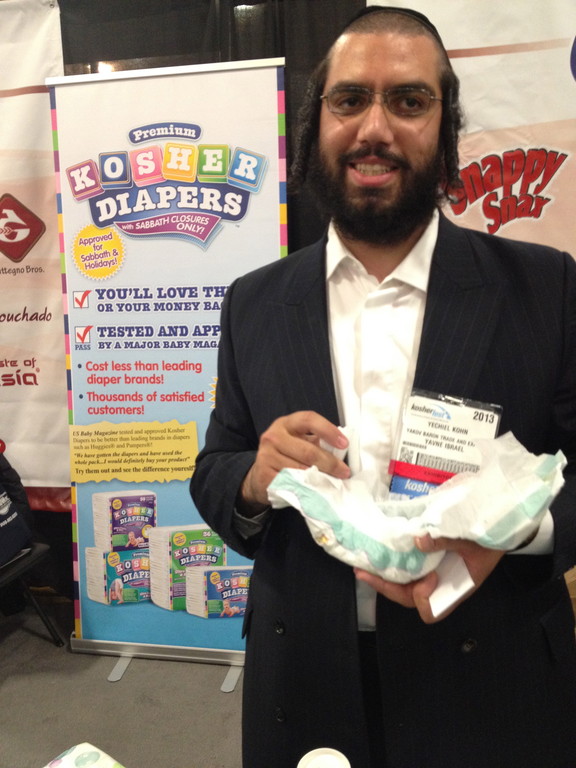 With more than 275 vendors displaying their wares at this week’s KosherFest in the Meadowlands, there were plenty of tasty takeaways.

But one vendor, instead of marketing a food item or service, was drawing a jocular crowd with “kosher” diapers, a product just now breaking into kosher supermarkets and convenience stores in frum neighborhoods.

The diapers, have been available by mail order for some time, and have been stocked by Kosher World in Far Rockaway for a few weeks.

“There is a demand for it [but] I don’t think (people) know too much about it,” store manager Benny Blackman told The Jewish Star.

Blackman recalled that “some rabbanim in Boro Park mentioned that it was a good thing but I don’t remember if it was a chumrah (stringency) or halacha (Jewish law).”

“An ehrlicha yid (a Jew with integrity) wants to do something special for Shabbos,” he said. “It’s a good idea; it could pick up a lot.”

“People are makpid (careful) on this,” he said, but added, “I don’t think there is an issue with the other ones. I don’t make halacha.”

Among other campy highlights on the show’s first day: The unveiling by Empire Kosher Poultry of the world’s largest chicken nugget, weighing over 45 pounds and measuring 3.25 feet long by 2 feet wide.