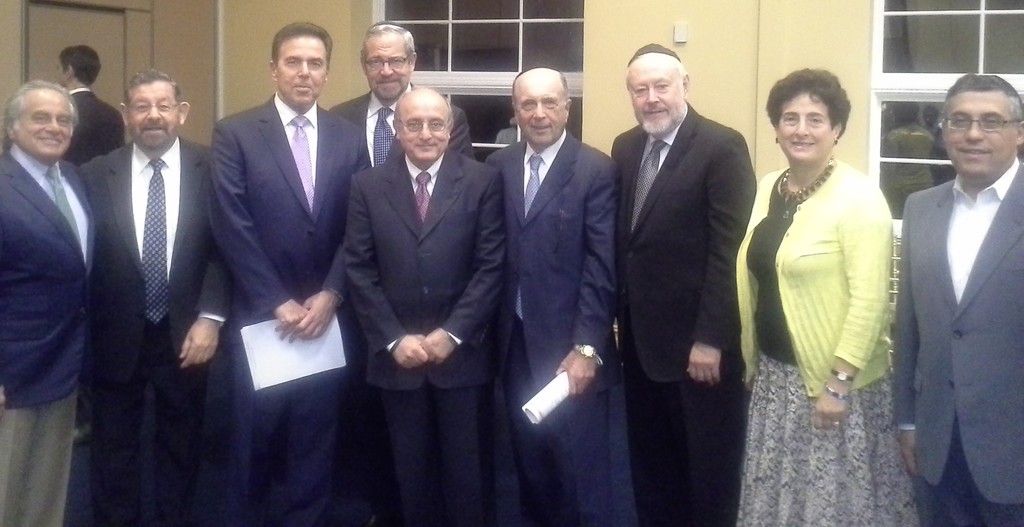 The Religious Zionists of America (RZA) brought 1,200 people to its fourth annual Leadership Shabbaton and Convention, on Shabbat at Congregation Beth Sholom in Lawrence.

RZA Chairman and mayor of Lawrence Martin Oliner told The Jewish Star that “it was a Shabbaton for the community — meant to be cerebral, not to excite but to educate.”

He said the Friday night turnout was extraordinary for the Five Towns. Previous conventions were held at the Fifth Avenue Synagogue in Manhattan where participants would stay in nearby hotels.

Lectures covered the recent war in Gaza, the network of terror in the Middle East, and the Iranian threat.

The program began with Kabalat Shabbat followed by a dinner attended by 300. Oliner introduced Rabbi Solly Sacks, director general of the World Mizrachi Organization; the RZA is Mizrachi’s American arm.

He cited two miracles of many: one when an IDF commander entered Gaza with his troops noticed a bird seemingly suspended in mid-air and realized that it was sitting on a fine trip wire for a booby trap, alerting the troops to the danger. Another miracle was precipitated by two mitzvoth: due to the shmittah (sabbatical) year that began with the beginning of this month, wheat untouched by rain had to be harvested early for Pesach matzot. Dry unripened wheat was harvested at the beginning of the war from a field on the border of Gaza. When a large group of terrorists emerged from a tunnel in the harvested field, assuming the wheat would cover them, the terrorists were immediately detected by the IDF and eliminated.

Sacks noted that as a small group among Jews, religious Zionists have to make their voices heard and defend Israel to our fellow Jews.