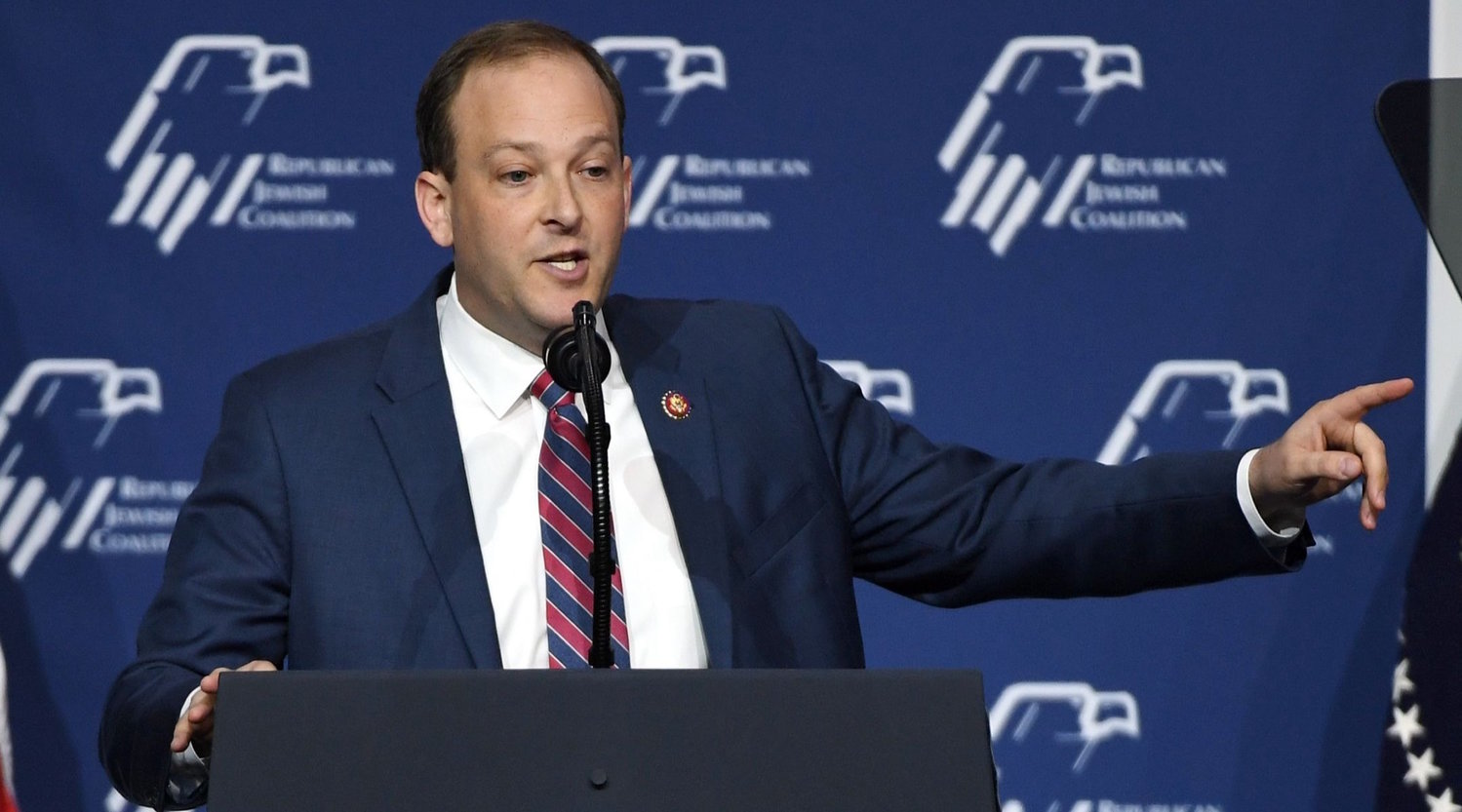 •Tobin: Even llying Times got this right

Rep. Lee Zeldin, the Republican candidate for governor, joined a chorus of Jewish leaders on Tuesday in attacking the state Board of Regents following its action to crack down on secular-subject shy haredi yeshivas. The board is ostensibly controlled by Zeldin’s rival, Gov. Kathy Hochul.

Zeldin sided with yeshivas that he said teach “values that have their students living law-abiding, productive lives” while providing “high-quality learning experiences for so many young boys and girls.”

“New York is wrong for pushing these substantial equivalency standards, and Kathy Hochul has been AWOL every step of the way, claiming this is all outside her purview as governor as if she isn’t even allowed to have and express an opinion,” Zeldin said. “As governor, I will promote more school choice, not less, and do everything in my power to fight for students first and empower parents to be in control of their family’s destiny in life and truly be in charge of their child’s education and upbringing.”

“We cannot relinquish control of the yeshivas that are the essence of our people,” they said on Tuesday. “We cannot surrender control of our curricula. We cannot abandon to others the selection of our teaching staff.”

Earlier, Agudah said it has “opposed government intrusion in our schools many times, and fought prior incarnations of the regulations in court, in Albany. … We will continue to fight on behalf of our community to protect the autonomy of private, religious schools, as needed.”

Agudah ripped what it framed as Sunday’s “one-side New York Times hit piece … riddled with bias. … In this article, everything beautiful is turned ugly.”

“While challenging college classes are lauded in society, our disciplined, rigorous, and intellectually challenging Torah studies are denigrated [and] disgusting innuendo abounds,” the statement continued.

“Hasidic communities are models of safety and commerce, with low crime, suicide, and drug abuse rates. Our communities are focused on pursuits of knowledge, family values, kindness, and service to G-d and to others. We await, in vain, for a New York Times article on that.”

“The timing of this article is terrible,” Rabbi Chaim Dovid Zwiebel of Agudath Israel wrote to the authors of the Times article before its publication. “Hate crime statistics, specifically crimes targeting Jews, are spiking dramatically — and most of these crimes are being directed against Hasidic Jews. Is now the time to publish a major article in the most prestigious newspaper in the world portraying the Hasidic schools — and, by extension, the entire Hasidic community — in the most negative light imaginable?”

On Twitter, Boro Park Assemblyman Simcha Eichenstein called the Times article “a pitiful rehash of cherry picked data and inaccuracies, peddled by the same group obsessed with Orthodox Jews. What’s clear is that the NYT is not interested in the positive value of our schools, just spreading lies for clicks.”

The Rabbinical Alliance of America  Igud HaRabbonim, said the new guidelines “represent an unacceptable governmental encroachment on and intrusion in the autonomy of our religious schools.”

Vice President Rabbi Mendy Mirocznik said Tuesday’s vote “breached in a most egregious manner … the important wall of separation between state and religion.”

“I am very much in favor of solid English, math and science education for students of all stripes,” tweeted right-wing Jewish firebrand Ben Shapiro. “But the NYT’s specific focus is extraordinarily telling.”

“The media’s new war on Hasidic Jewry is merely a metastasized version of the old culture war against evangelical Christians: anyone who rejects the predations of Left-wing pseudo-morality must be targeted,” Shapiro wrote. “That theme undergirds the NYT investigation.”

Hasidic demonstrators outside the Education Department building in Albany on Monday sought to emphasize just how high they viewed the stakes in the current controversy.

They carried signs that read: “We will sit in jail rather than change our childrens education.”

Not all Jewish reaction was negative.

As the Times article was making its rounds on Sunday, Yaffed, which describes itself as an organization “founded by individuals raised within Hasidic and Haredi communities … committed to improving secular education in Hasidic and Haredi schools, tweeted: “Thank you to the @nytimes for bringing the institutional education neglect of children in Haredi and Hasidic schools to the front page. We’ve been fighting for these students for years — it’s time for the world to take action. #YeshivaGate”

Even JNS.org editor-in-chief Jonathan Tobin, a vehement critic of the Times and left-wing politics, found merit in the Times article.

In a column published on the cover of this week’s Jewish Star, he wrote that “as much as it would be easy to dismiss the story … there is more here than cultural or religious bias.”

“The idea that any outside scrutiny is an attack on Judaism is not an argument that can be reasonably defended,” Tobin wrote.

Where Har Habyit fits in Jewish and Israeli law

Supporters must condemn and disavow him…