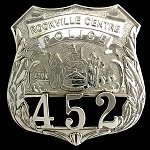 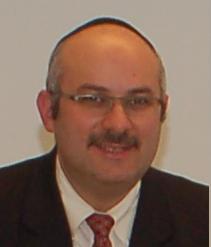 I've been asked that question countless times over the last 26 years. Almost always, it followed an unpopular decision. Always, it was accompanied by an unspoken message: "I'm letting you know I will hold you accountable for this decision."

And always, I answer that question in a direct, simple way: I give my badge number.

In fact, I've shared the right answer to this question with hundreds, if not thousands, of subordinates over the years.

After all, correct decisions may be unpopular, but that doesn't mean they're wrong. So, I've found that my deft response to that question - mandated by NYPD policy - also helps me convey the unspoken message that I welcome scrutiny of my actions. The specter of being held accountable, by anyone, not only doesn't threaten my self-image but it has always been part and parcel of my day-to-day values - an embedded value.

Accountability for one's actions came to mind as I read a flyer full of bluster and threats that was recently circulated in Lakewood, NJ against a hitherto respected rabbi. His crime? He chose to report the sexual abuse of his son to the police.

Let me not digress. It is lamentable that our community still pounces on parents who seek to protect their children and our community from dangerous predators, but not the focus of this discussion.

Rather, I am particularly irked by the letter writer's request that his reading public, "excuse [him] for not signing this letter." After all, he writes, the victim of his polemics may seek to have him prosecuted. Aveira goreres aveira (sin begets more sin), we are told. So, readers are asked to understand how necessary and proper his cloak of invisibility is - a selfless act of self-preservation.

Perusing the flyer, clearly written for Charedi readers, one finds numerous comments pertaining to the honor of our Torah, the respect due today's rabbis, the specific legal areas of our Shulchan Aruch allegedly violated, and the awesome desecration of G-d's name caused by the abuse victim's family. It decries their prosecution of the crime, and threatens additional censure and embarrassment of the family should the prosecution proceed.

Yet, with all the religious "weight" behind him, the letter writer prefers anonymity. Why?

That question, or a permutation of it, should be asked by every single individual who held this flyer in their hands. If the muscle of Torah backs this smear campaign, why the incredible lack of accountability? Surely, brilliant Torah minds can devise a mcha'a - a formal objection - that makes the point without fear of prosecution.

Wouldn't we all respect a well-constructed argument, coming from some of the stellar minds of the Lakewood yeshiva community? Isn't that what leadership is all about?

Or is it instead about thuggery, threats, and intimidation? Do we dare allow a mob mentality to reign, even when dressed up as a defense of Torah? Let us all recoil in horror when witnessing tactics more appropriately used by underworld figures, instead of Torah scholars.

In a recent e-mail exchange with a shul rabbi I know and respect, I was told that rabbis in leadership positions today "do not usually put their opinions out there, for fear of being overwhelmed with emotional backtalk." I wondered how such individuals could be considered "leaders" at all. Isn't leadership about ownership, about taking responsibility and accepting accountability?

Or is it about this Lakewood gangster, who can only print his diatribes from the shadows? Is this how we want to see Torah defended in an increasingly unsettled world?

If Torah is the ultimate truth - and Orthodox Jews believe it is - I hope that I am not the only one who has difficulty understanding the lack of accountability that seems to permeate the Charedi world today. Lakewood is known as the premier Makom Torah in the nation. Why is this odious anonymous circular needed? Aren't there sufficient rabbinical leaders in that city who are certain of their actions and willing to stand up and be accountable for them?

If this father is to be religiously censured for choosing a course of action he felt would best protect his child and community - and to be clear, I believe he is a hero and guiding light to us all - let Lakewood's great rabbinic minds come out and say so openly. That may be an unpopular position outside the Lakewood community, but if Lakewood's rabbis believe it's the right one, then so be it. Let's start seeing leadership and accountability, rather than some cowardly rabble-rouser preaching about chilul Hashem while lacking the courage to be accountable for his words.

I have a badge number, and I'm required to proffer it whenever asked. In 26 years, I've always honored that responsibility, and I cherish the accountability it instills in me.

Rabbinical leaders wear a bigger badge than mine - the badge of Torah. That badge may not have a number, but responsibility and accountability reside within it all the same.

It's time for those who would be leaders to honor that responsibility. And for us in the community to start exercising our right to ask the questions that make the point clearly: Rabbis, your badge makes you accountable, and we'll demand that accountability, each and every day.

Daniel Sosnowik, an Orthodox Jew, is an NYPD captain who has served the Department since 1984. He is also a member of the board of directors of Survivors for Justice (www.sfjny.org), an organization that advocates on behalf of victims of abuse.
Report an inappropriate comment