News of Shoah was buried, Rambam is told 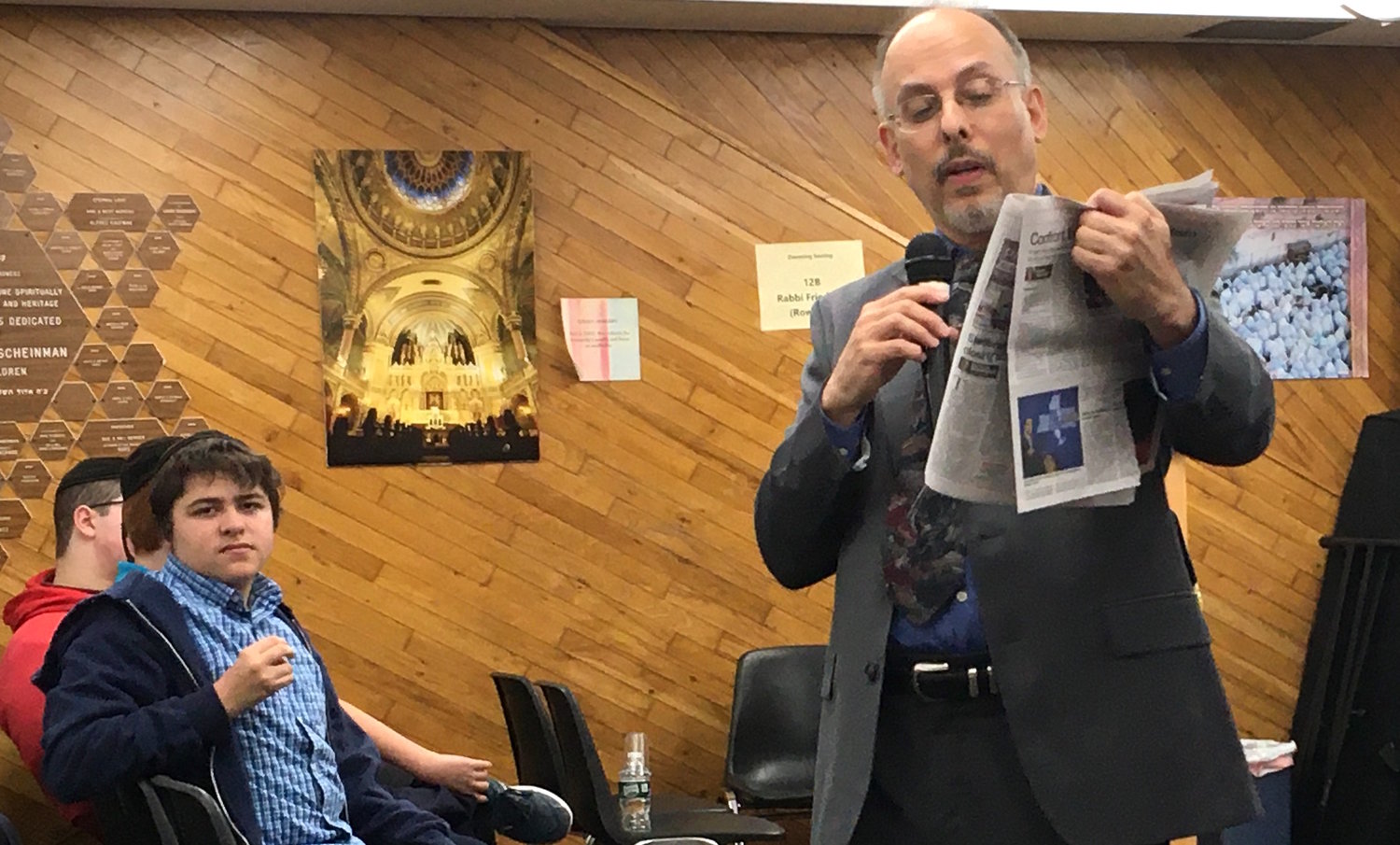 The talk by Medoff, whose column appears periodically in The Jewish Star, focused on the Shoah through the lens of American newspapers and political cartoons in the 1930s and ’40s.

He displayed seven cartoons that illustrated what people knew between 1931 and 1939.  “Part of the reason there weren’t many political cartoons about the genocide of Jews is because many newspapers were downplaying the news,” he said.

“The process of the American public learning about the Holocaust was slow,” said Medoff, founding director of the David Wyman Institute for Holocaust Studies and author of 16 books on American Jewish history, Zionism and the Holocaust.

“Many major newspapers, especially the New York Times, buried news about the mass murders in their back pages. It wasn’t just the Times doing this, many American newspapers treated the news about the genocide of Jews as if it was unimportant.”

“The publishers of the New York Times were Jewish,” he said of the Sulzberger family. “They were assimilated Jews who believed that Jewish problems and concerns shouldn’t be on the front pages.” This history was reported in the book “Buried by the Times: The Holocaust and America’s Most Important Newspaper,” by Lauren Leff.

Rambam senior Avi Balsam described the Medoff’s presentation as eye opening. “Dr. Medoff gave us perspective on how unsympathetic news media was towards Jews during the Holocaust,” Balsam said. “It shows that if Jews aren’t going to speak up for themselves, then nobody will.”

“It was an honor to address the students because this school has been at the forefront of activism on behalf of so many Jewish causes,” Medoff said.

Anti-Semitism, now without the anti-Semites

US view of war crimes in Ukraine, then and now