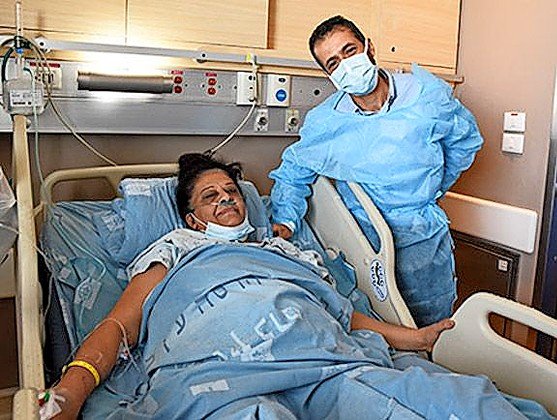 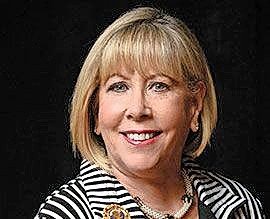 At times like this I like to restate my core values and those that represent Hadassah.”
By Rhoda Smolow, Hadassah National President

Amid the rockets, bombs and civil strife that shook Israel and Gaza last month, here is some news you may have missed: As violence erupted in the Arab-Jewish city of Lod, a man walking home from a Torah-dedication ceremony was hit in the head with a brick; he died a week later and his family consented to donate his kidney. And so it was that two Muslim surgeons at Hadassah Hospital Ein Kerem transplanted an organ from a Jewish donor into a Christian Arab mother of six.

Or this: Pediatric cardiologist Dr. Sagi Gavri regularly drives 70 minutes between Hadassah Ein Kerem and his home on Kibbutz Nir Am, less than a mile from the Gaza border. In addition to his HMO position, he is also head of an outreach project that covers the cost of surgery for Palestinian children at Israeli hospitals. During the fighting, his home took a direct rocket hit and was badly damaged; his wife was inside at the time but was uninjured.

“I have personally treated over 200 children from Gaza,” Dr. Gavri said after getting his family to safety. “I think of them when my own children are being attacked. It’s complex. But kids are never to blame.”

If you felt hopeless during the most recent flare-up, or if you had conflicting feelings about your love of Israel and the suffering of innocent civilians on both sides, you are not alone. The eternal question is whether we will ever find the path to peace.

I have no more than a partial answer and it lies somewhere between our values and our wisdom. Wisdom is what we need for the long term: It comes from experience, perspective, interpretation and, often, negotiation and risk. Wisdom is — to use Dr. Gavri’s word — complex.

Values, on the other hand, are more simple. They are bedrock principles that guide our behavior moment to moment, day to day — like treating people as we would want them to treat us.

Values can also represent the best path to wisdom, even if there are twists and turns. So at times like this I like to restate my core values and those that represent Hadassah.

We stand for Israel as a sovereign Jewish nation, with the same right of self-defense as every country. We believe in coexistence and equal rights for Jewish and Arab citizens in Israel. These values have not changed since they were enunciated by Theodor Herzl and Henrietta Szold.

We believe Hadassah’s role in building and sustaining the Zionist enterprise includes reflecting these values through our institutions.

We also believe in a two-state solution to the Israeli-Palestinian conflict, with two nations living in mutual recognition and peace.

You’ve no doubt heard many people proclaim that the idea of a two-state solution is dead. I suggest that anyone tempted by this view consider that the Jewish people rebuilt their ancient home after 2,000 years of exile and homelessness. Patience is sometimes a virtue. Endurance always is.

As American Jews we find ourselves engaged in a two-front war. We are accustomed to defending Israel against physical attack and demonization. But now we are doing so as anti-Semitism surges in America and in the Middle East as well. And so we fight hatred and attacks against Jews, just as we speak out and fight against violence directed at African-Americans, Asian-Americans, Muslim-Americans and other vulnerable groups.

We also need to amplify our voices to correct the bias in news reports — based not on ethnic or political considerations but on dramatic effect: A dozen Arab or Jewish rioters attacking people on the streets in Israel makes headlines more readily than the hundreds and thousands of Jews and Arabs who turn out for solidarity rallies and support efforts to promote understanding.

As racism seeps out of the shadows into the mainstream it should absolutely be reported. But context is crucial. We should also see more of the mainstream itself — the doctors, bereaved families and common people — who look beyond the headlines as they uphold their values. And ours.

Maybe living our values isn’t enough to change today’s reality. For the moment, it’s no small thing that standing firm keeps today’s reality from changing us.

Rhoda Smolow is a resident of Great Neck.