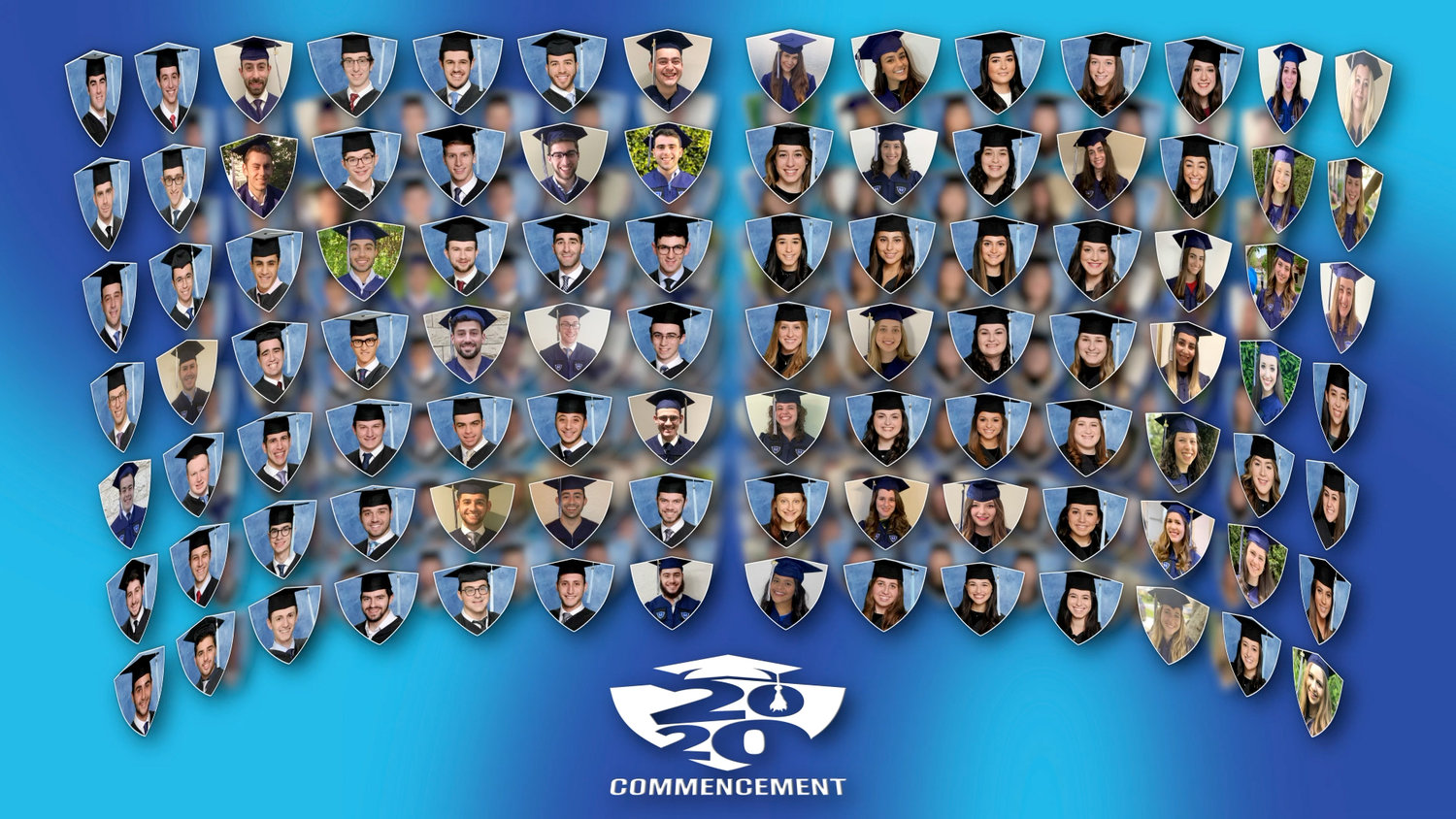 At this time during a normal year, 5,000 friends and family of Yeshiva University would be filling the Hulu Theater at Madison Square Garden for the 89th Annual Commencement Exercises celebrating the Class of 2020.

In consideration of COVID-19 restrictions against large gatherings, YU created a virtual ceremony that invited thousands of people from around the world.

The new format gave the eight undergraduate valedictorians a greater voice in articulating the hopes, dreams and trepidations of the 1,700 students receiving diplomas. Each of the undergraduate and graduate deans had a moment in the spotlight as they announced their graduating classes, and while the students didn’t have the chance to cross an actual stage applauded by everyone in the house, participants did get to see them scroll by in cap and gown — gowns and mortarboards were mailed to every graduate.

He said YU graduates were uniquely equipped to prevail over the disruptions caused by the pandemic because their education gave them three things: an internal moral compass, a foundation of emotional and spiritual strength, and the impulse to rebuild a world greatly in need of repair.

YU President Dr. Ari Berman spoke about the difference between consumer and covenantal values should guide the graduates’ lives.

Transaction versus transformation — this is the core difference Dr. Berman drew between the two approaches to life. While the transactional is necessary for success in life, it is never sufficient. Only the transformational can ensure that that success has meaning and purpose through its emphasis on “resilience, empathy, commitment, loyalty, curiosity, discovery.”

The ceremony ended with an upbeat video montage of the graduates hugging their loved ones, dancing and singing, and tossing their mortarboards high into the air.