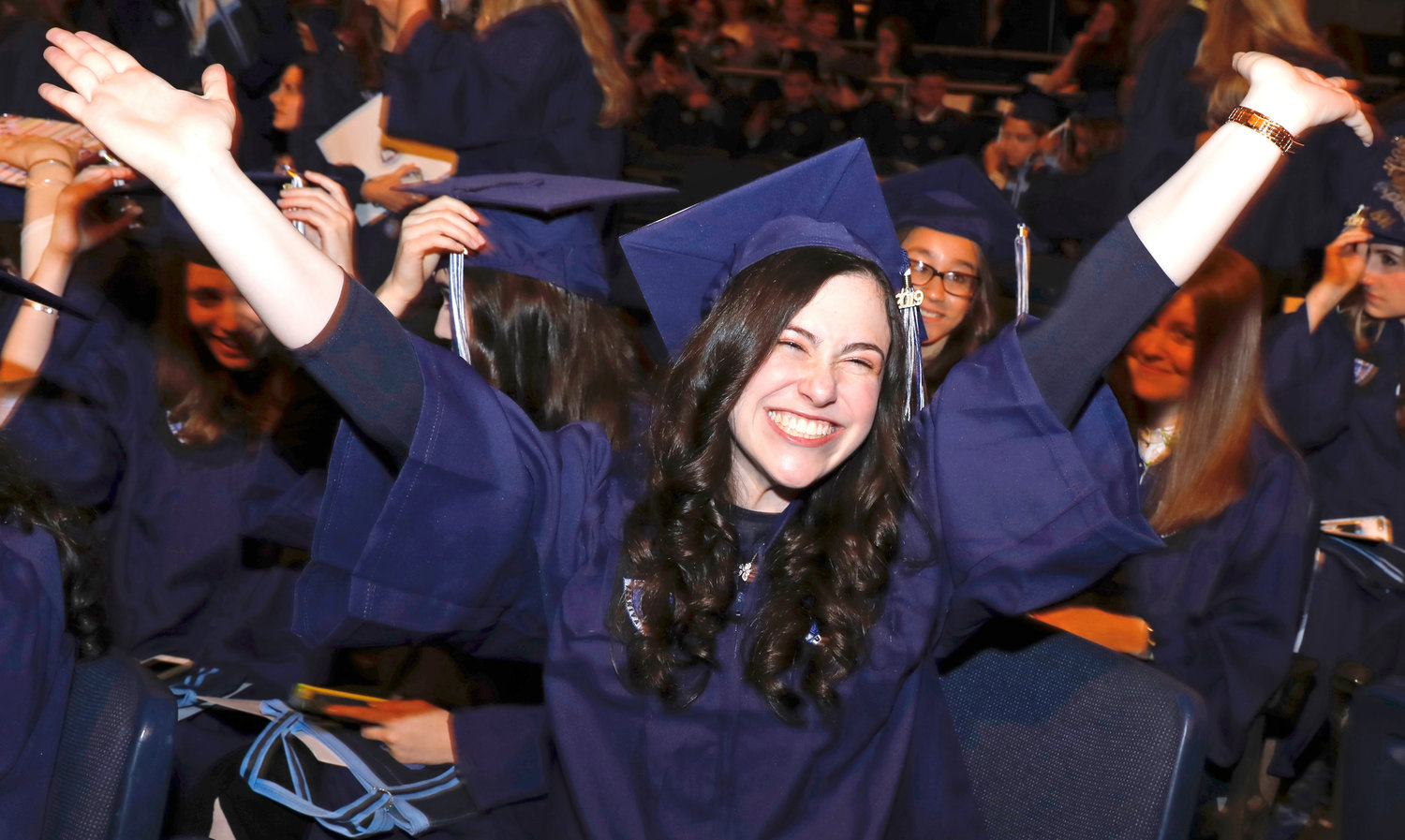 Joy was in the air as YU graduates celebrated their commencement in Madison Square Garden. 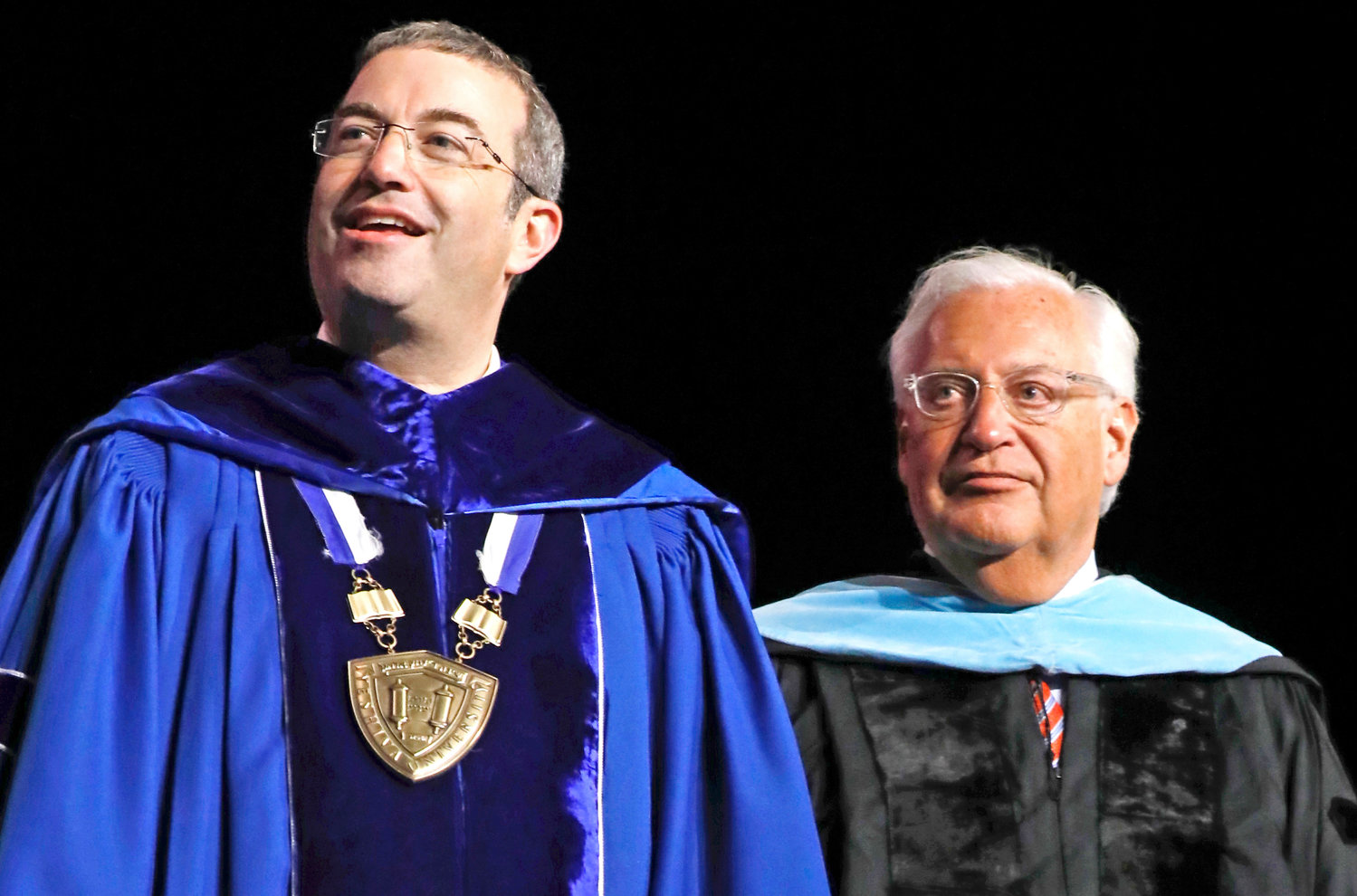 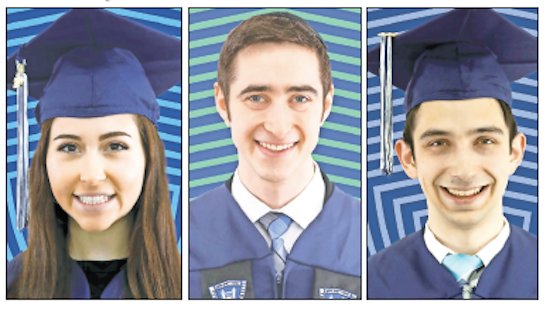 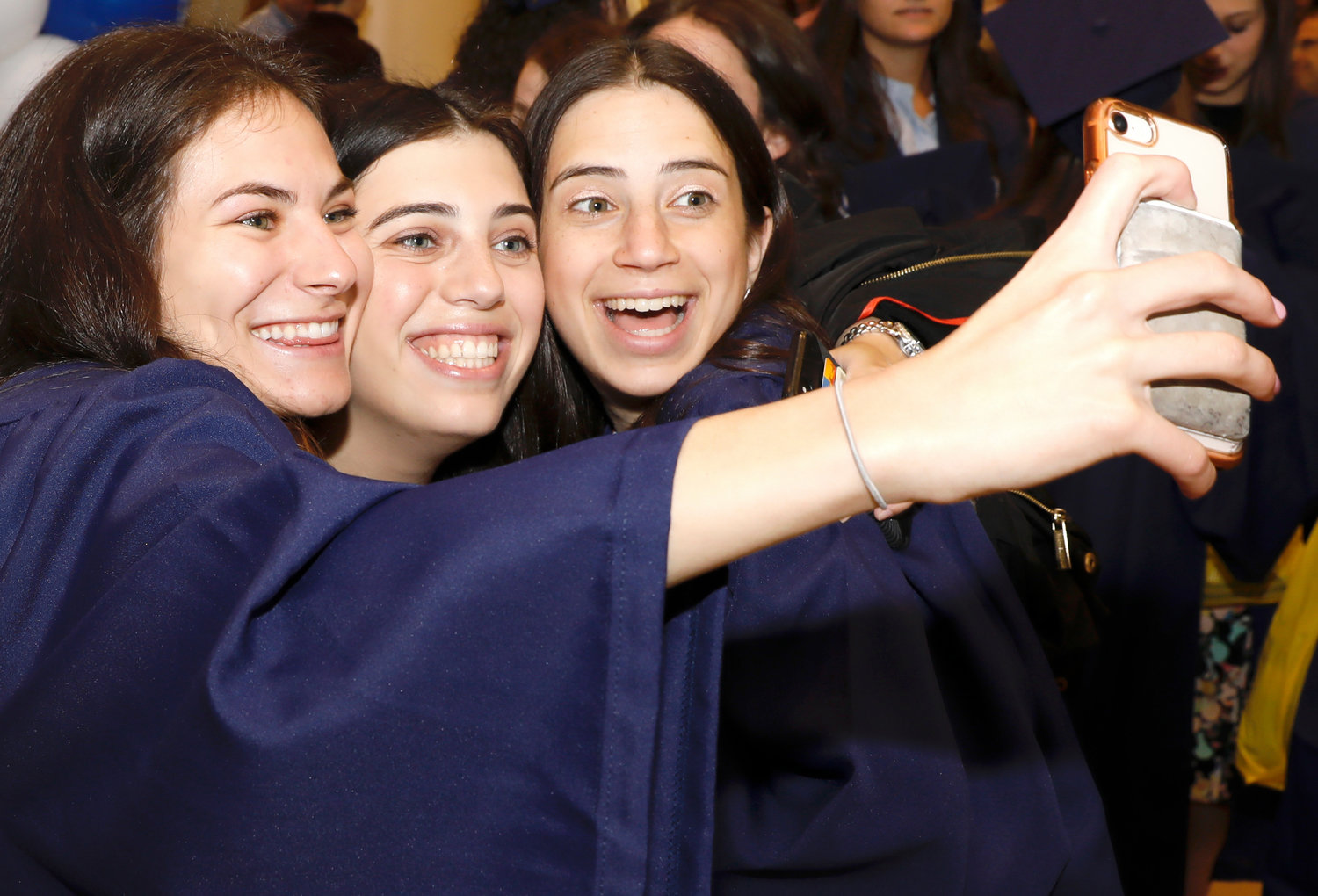 The YU commencement in Madison Square Garden was the occasion for a selfie celebration.

The Yeshiva University commencement exercise at Madison Square Garden on May 30.
Previous Next

More than 600 students from Yeshiva University’s undergraduate schools were presented with their degrees at YU’s 88th commencement exercises, held in the Hulu Theater at Madison Square Garden on Thursday, May 30.

An honorary degree was conferred upon U.S. Ambassador to Israel David Friedman, who delivered the keynote address.

In his introduction to the conferral of the honorary degree, Dr. Ari Berman, president of Yeshiva University, cited Friedman’s longstanding support of Israel as reflecting the values and goals of YU. He also praised Friedman for a life devoted to making a positive impact upon the Jewish people and society at large.

Friedman emphasized that his life has been deeply influenced by YU’s “teaching, its principles, its core values” and spoke about the many members of his family who attended YU, including his great-uncle, Dr. Pinchos Churgin, the founder of the Teachers Institute, and his wife, Tammy, an alumna of Stern College for Women.

In charging the assembled graduates, Friedman encouraged that “whatever path you choose, bring to it a sense of purpose and a quest for meaning such that what you do matters more than just a paycheck. There’s nothing wrong with making a good living, but that alone won’t make you happy or bring us to a better place.”

Friedman underlined the importance of basing one’s principles upon a commitment to truth: “Follow the truth wherever it leads. Embrace it, confront it, challenge it, and, if you don’t like it, make it better. But always live by the truth.”

In his address to the Class of 2019, Dr. Berman exhorted them to “choose Jewish history.” Describing this as an era of unprecedented opportunity for the Jewish people, Dr. Berman enjoined each graduate to “place yourself in this greater context, see your life through this prism and have this as a guiding force in all of your actions, both large and small.”

He reminded them that the purpose of their YU experience — their immersion in Torah study, the quality of their education, the networks formed of friends and peers — has been to prepare them to “lead lives of great personal and professional success and to inspire you to be a leader in the world of tomorrow, a leader for the Jewish people and all of society, a role model for our Jewish values in ways large and small, from your everyday encounters with family, friends and colleagues, to the major decisions and transitions in your life.”

The classes of 1959 and 1969 were also honored as they marked the 60th and 50th anniversary of their graduations, respectively, along with representatives of the class of 1949.

In total, more than 1,700 degrees were conferred upon students across Yeshiva University during this commencement season.