Will a Memorial Day survive in US and Israel? 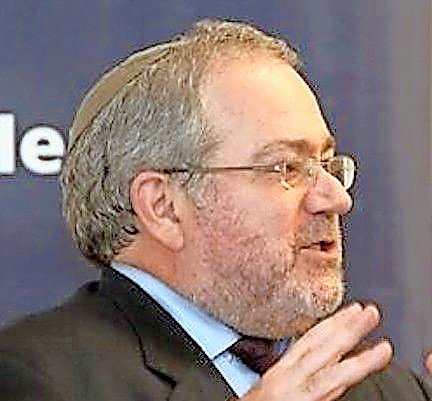 The United States will commemorate Memorial Day on May 30, a holiday established in 1868 to mourn members of the armed forces who died in the Civil War. My wife, remembering her father, a World War II veteran, raises the Stars and Stripes and the family attends a stirring parade on Staten Island.

But mostly Memorial Day marks the unofficial beginning of summer — 14  teams are set to play in the National and American leagues.It is no longer a “holy day.”

Memory is integral to Judaism. The Sabbath Kiddush states that the day is in memory of the Creation and the Exodus. Jewish holiday services include the Yizkor prayer in which we remember our loved ones; often, the leader adds a prayer for the six million Jews killed in the Shoah. The most prominent memorial period is the seven-week “counting of the Omer” between Passover and Shavuot. More on that later.

On the first, Yom Hashoah, Holocaust Memorial Day, schools have special assemblies, communities hold programs and a one-minute siren freezes Israelis wherever they are across the country. Some 165,000 Holocaust survivors live in Israel, and many of them are brought to schools to discuss their lives with students. The average age of survivors in Israel is 85.

Nightlife, sports matches and restaurants are shut down. Flags fly at half-mast and cable TV channels are off the air except for programs on the Holocaust. Members of Knesset read the names of Holocaust victims from the podium all day long.

The second national memorial commemoration, Yom Hazikaron, Memorial Day for Israel’s Fallen Soldiers and Victims of Terror, is the day before Independence Day. It is comparable to the US Memorial Days of the past, with special programs, solemn music on the radio, newspaper accounts of heroes, half-mast flags, visits to military cemeteries and newspaper accounts of valiant battles. In addition, an Israeli TV channel broadcasts a picture of each fallen soldier and the date of their death throughout the day. Ceremonies are also held for Muslim, Druze and Bedouin soldiers who fell in defense of Israel.

The Holocaust and military memorial days fall during the “counting of the omer” between Passover and Shavuot. Around 1,900 years ago, the period took on a calamitous connotation.

The Talmud states that a plague killed 24,000 Jewish scholars, disciples of the great sage Rabbi Akiva. The scholars were said to have been punished for their lack of respect for their colleagues. However, I’d suggest that since Rabbi Akiva emphasized the concept “love your neighbor as yourself,” it is unlikely that they did not respect each other. It is more likely that the students died during the Bar Kochba Revolt (132-136 CE) against the Romans when they took up arms in allegiance to Rabbi Akiva, a spiritual leader of the rebellion.

Rabbi Akiva identified the revolt’s leader, Shimon Bar Kochba, as the Jewish messiah, and some engravings on Bar Kochba’s coinage reflect Rabbi Akiva’s halachic opinions. The Passover seder service mentions that Rabbi Akiva once conducted his seder with other rabbis until students came and told — or warned — the men that morning had dawned. Were the rabbis conspiring against the Roman occupiers?

The Romans rounded up Jewish leaders and rabbis, including Rabbi Akiva, who they tortured and executed. The “plague” lasted until “Lag B’Omer,” the 33rd day of the count.

The Omer mourning period was also applied by medieval rabbis to the massacres of Jewish communities in France, England and the Rhineland, as Crusader hordes made their pilgrimages to liberate Palestine from non-Christians. A memorial prayer for the victims of the Crusade’s pogroms is incorporated into the Ashkenazi Sabbath liturgy.

am not a believer in numerology, but it is said that Rabbi Akiva lost 24,000 students, while his teachings kept the flame of Judaism burning for centuries. More recently, the State of Israel has lost approximately 24,000 soldiers who died to establish and defend Israel. Their memories inspire Israelis and Jews around the world.  Moreover, as mentioned above, around 24,000 Ukrainians have landed in Israel since the Russian invasion began. Is there some special message in that? G-d only knows.

The source of the following citation is uncertain, but it is axiomatic:

•Yom Hazikaron reminds us of the cost of having Israel.

•Yom Hashoah reminds us of the cost of not.

These days in Israel, most catering halls sit empty, because weddings are postponed until after the 33rd day of the Omer. Some TV newsreaders, usually well-dressed and coifed, have scruffy Sfirat Ha’Omer mourning beards. Many in the Jewish State remember and commemorate the of men, women and children killed 1,900 years ago; 1,000 years ago; and 80 years ago.

Lenny Ben-David served for 25 years in senior posts in AIPAC in Washington and Jerusalem. He was Israel’s deputy chief of mission in the embassy in Washington from 1997 to 2000, serving under three ambassadors and two prime ministers. He is the author of the book “American Interests in the Holy Land Revealed in Early Photographs” and editor of “The Gaza War 2021: Hamas and Iran Attack Israel.”