Why not celebrate Rosh Chodesh on Rosh Hashana? 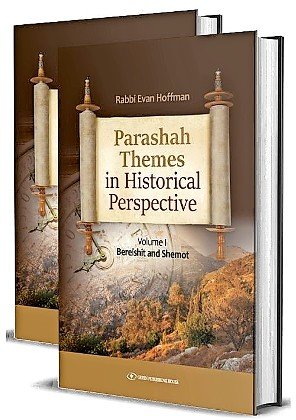 The following is an excerpt from Rabbi Evan Hoffman’s “Parsha Themes in Historical Perspective,” published this summer by Gefen Publishing. This section is titled “The Missing Rosh Chodesh.”

The Mishnah presupposes that Rosh Hashana is observed for two days. The Torah mandates a one-day holiday. However, because of uncertainty regarding when the New Moon was declared, those Jews living at a distance from the high court had to observe a second day, because it was not clear on which day the holiday fell. Even in Jerusalem during the Temple-era, it was occasionally necessary to observe two days to take account of the non-timely arrival of witnesses (Mishnah Rosh Hashana 4:4).

Rabbah recalled that in the academy of Rav Huna there arose the question whether Rosh Chodesh should be mentioned on Rosh Hashana (Eruvin 40a). That this issue was still being debated two centuries after it first emerged indicates that the prevailing practice was not to mention Rosh Chodesh.

The Talmud suggests that, since halakhah follows the majority opinion, Rosh Chodesh ought to be kept out of the Rosh Hashana prayers. This line of reasoning was deflected. Perhaps the sages only objected to the conditional aspect of Rabbi Dosa’s formulation. Ultimately, the Talmud concludes that the liturgical description of the holiday as a “day of remembrance” implicates both the New Year and the New Month, making it unnecessary to include an explicit mention of Rosh Chodesh (Yerushalmi Shevuot 33a).

However, in the Minor Tractates we find a liturgical formulation for Rosh Hashana that does include an unambiguous mention of Rosh Chodesh (Soferim 19:3). Geniza fragments from the Land of Israel confirm that this was the established liturgy during the early medieval period.

Rabbi Isaac ben Eliezer of Worms insisted that Numbers 28:11-15, the section detailing the Musaf of Rosh Chodesh, be recited on Rosh Hashana. His rationale was that since “zikaron,” or remembrance, applied to both the New Year and the New Moon, it would be unlawful to refer to one aspect of the day’s additional offerings while omitting another.

This approach was ultimately rejected by the Ashkenazi decisors, who continued to keep mention of Rosh Chodesh out of the High Holiday service.

According to Tosafot, the following concern was paramount: Rosh Chodesh is always observed on the thirtieth day of the preceding month. If that day is regarded as the first day of the subsequent month, then the previous month only had twenty-nine days, and Rosh Chodesh is observed for only one day.

If, however, the previous month is allotted a full 30 days and the first day of the subsequent month is on the 31st day, then two days of Rosh Chodesh are observed. In the case of Tishri, however, Rosh Hashana is observed for two days. Yet, from a calendrical standpoint, the first of Tishri is the first, not the second, day of Rosh Hashana.

Were Rosh Chodesh to be mentioned in the prayer service, people might incorrectly infer that the first of the month was on the second day of the holiday of Rosh Hashana. They would, accordingly, wind up observing both Yom Kippur and Sukkot one day too late. To avoid this pitfall, the liturgy was purposely crafted in order not to ignore the New Moon (Tosafot Eruvin 40a), while at the same time not explicitly acknowledging it.

Professor Ezra Fleischer offered a novel explanation: As long as Rosh Hashana was observed for two days, it was necessary to excise mention of Rosh Chodesh from the Rosh Hashana liturgy lest the public err in matters of the calendar. This obtained while the calendar was still determined on the basis of testimony. After the establishment of the fixed calendar during the Patriarchate of Hillel II (c. 358 CE), however, Rosh Hashana was observed, in Eretz Israel, for only one day. With the arrival in Israel of Provencal rabbis in the 12th century, the older practice of a two-day Rosh Hashana was restored. It was during the era of one-day observance that the Geniza version of the liturgy was in use.

According to Rashi/Maharsha, a very different concern led to the removal of mention of Rosh Chodesh from the Rosh Hashana prayers. It was feared that people might come to disrespect the second day of Rosh Hashana, profaning the day by working.

Protecting the holidays from potential disrespect is a frequent theme in rabbinic literature. While the Sabbath was a revered institution in Jewish life, the holidays were held in much lower regard.

Although, on festivals, labor is generally prohibited, the Torah permits such cooking. Halakhah permits carrying and kindling. It became easy for the layman to develop a dismissive attitude toward Yom Tov. This is especially true for the second days of Yom Tov, observance of which is mandated merely by dint of the binding “custom of the forefathers.”

Taking popular sentiment into consideration when crafting the liturgy, the sages tried to eliminate items that might compromise the integrity of holidays. Even the Blessing of the New Month, recited on the Sabbath preceding every Rosh Chodesh, is omitted on the Sabbath before Rosh Hashana. The precise date of the New Moon had to be concealed.

Implicit in this overall discussion is that the sages considered their laymen to be highly attuned to the nuances of the prayer service. It was assumed that since congregants were reading each word of the prayer service carefully, they might draw incorrect conclusions from such a close reading. If only we could say that about ourselves.