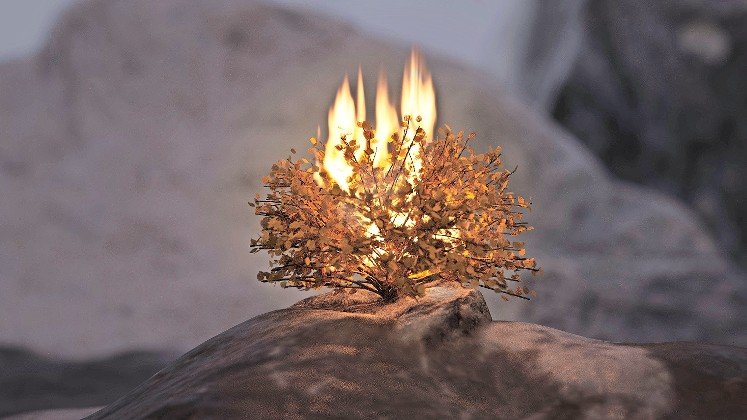 Devarim proposes a society capable of defeating the normal laws of the growth-and-decline of civilizations.”
By Rabbi Sir Jonathan Sacks zt"l

What is the real challenge of maintaining a free society? In parshat Eikev, Moses springs his great surprise. Here are his words:

What Moses was saying to the new generation was this: You thought that the 40 years of wandering in the wilderness was the real challenge, and that once you conquer and settle the land, your problems will be over. The truth is, it is then that the real challenge will begin. When all your physical needs are met, when you have land and sovereignty and rich harvests and safe homes, that is when your spiritual trial will commence.

The real challenge is not poverty but affluence, not insecurity but security, not slavery but freedom.

Moses, for the first time in history, was hinting at a law of history. Many centuries later it was articulated by the great 14th century Islamic thinker, Ibn Khaldun (1332-1406), by the Italian political philosopher Giambattista Vico (1668-1744), and most recently by the Harvard historian Niall Ferguson. Moses was giving an account of the decline and fall of civilizations.

Ibn Khaldun argued similarly, that when a civilization becomes great, its elites get used to luxury and comfort, and the people as a whole lose what he called their asabiyah, their social solidarity. The people then become prey to a conquering enemy, less civilized than they are but more cohesive and driven.

“People first sense what is necessary, then consider what is useful, next attend to comfort, later delight in pleasures, soon grow dissolute in luxury, and finally go mad squandering their estates.”

Bertrand Russell put it powerfully in the introduction to his History of Western Philosophy. Russell thought that the two great peaks of civilization were reached in ancient Greece and Renaissance Italy. But he was honest enough to see that the very features that made them great contained the seeds of their own demise:

What had happened in the great age of Greece happened again in Renaissance Italy: traditional moral restraints disappeared, because they were seen to be associated with superstition; the liberation from fetters made individuals energetic and creative, producing a rare fluorescence of genius; but the anarchy and treachery which inevitably resulted from the decay of morals made Italians collectively impotent, and they fell, like the Greeks, under the domination of nations less civilized than themselves but not so destitute of social cohesion.

Niall Ferguson, in his book "Civilization: The West and the Rest” (2011) argued that the West rose to dominance because of what he calls its six “killer applications”: competition, science, democracy, medicine, consumerism and the Protestant work ethic. Today however it is losing belief in itself and is in danger of being overtaken by others.

All of this was said for the first time by Moses, and it forms a central argument of the book of Devarim. If you assume (he tells the next generation) that you yourselves won the land and the freedom you enjoy, you will grow complacent and self-satisfied. That is the beginning of the end of any civilization.

In an earlier chapter Moses uses the graphic word venoshantem, “you will grow old” (Deut. 4:25), meaning that you will no longer have the moral and mental energy to make the sacrifices necessary for the defense of freedom.

Inequalities will grow. The rich will become self-indulgent. The poor will feel excluded. There will be social divisions, resentments and injustices. Society will no longer cohere. People will not feel bound to one another by a bond of collective responsibility. Individualism will prevail. Trust will decline. Social capital will wane.

This has happened, sooner or later, to all civilizations, however great. To the Israelites, a small people surrounded by large empires, it would be disastrous. As Moses makes clear towards the end of the book, in the long account of the curses that would overcome the people if they lost their spiritual bearings, Israel would find itself defeated and devastated.

Only against this background can we understand the momentous project the book of Devarim is proposing: The creation of a society capable of defeating the normal laws of the growth-and-decline of civilizations. This is an astonishing idea.

How is it to be done?

By each person bearing and sharing responsibility for the society as a whole. By each knowing the history of his or her people. By each individual studying and understanding the laws that govern all. By teaching their children so that they too become literate and articulate in their identity.

Rule 1: Never forget where you came from.

Next, you sustain freedom by establishing courts, the rule of law and the implementation of justice. By caring for the poor. By ensuring that everyone has the basic requirements of dignity. By including the lonely in the people’s celebrations. By remembering the covenant daily, weekly, annually in ritual, and renewing it at a national assembly every seven years. By making sure there are always Prophets to remind the people of their destiny and expose the corruptions of power.

Rule 2: Never drift from your foundational principles and ideals.

Above all it is achieved by recognizing a power greater than ourselves. This is Moses’ most insistent point. Societies start growing old when they lose faith in the transcendent. They then lose faith in an objective moral order and end by losing faith in themselves.

Rule 3: A society is as strong as its faith.

Towards the end of his book Civilization, Niall Ferguson quotes a member of the Chinese Academy of Social Sciences, part of a team tasked with the challenge of discovering why it was that Europe, having lagged behind China until the 17th century, overtook it, rising to prominence and dominance.

But for the past 20 years we have realised that it was in fact your religion. It was the (Judeo-Christian) foundation of social and cultural life in Europe that made possible the emergence first of capitalism, then of democratic politics.

Only faith can save a society from decline and fall. That was one of Moses’ greatest insights, and it has never ceased to be true.