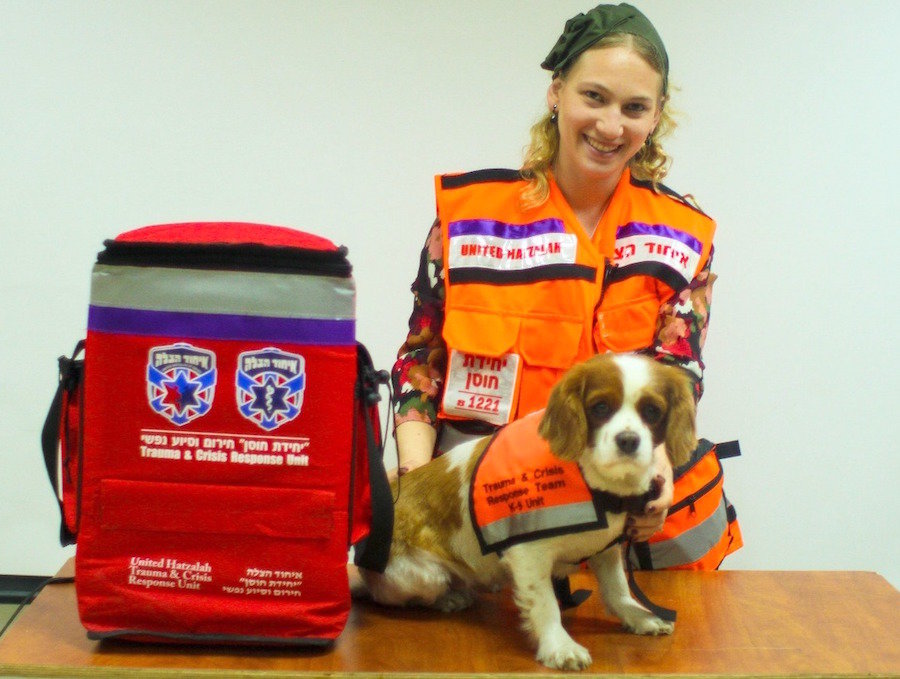 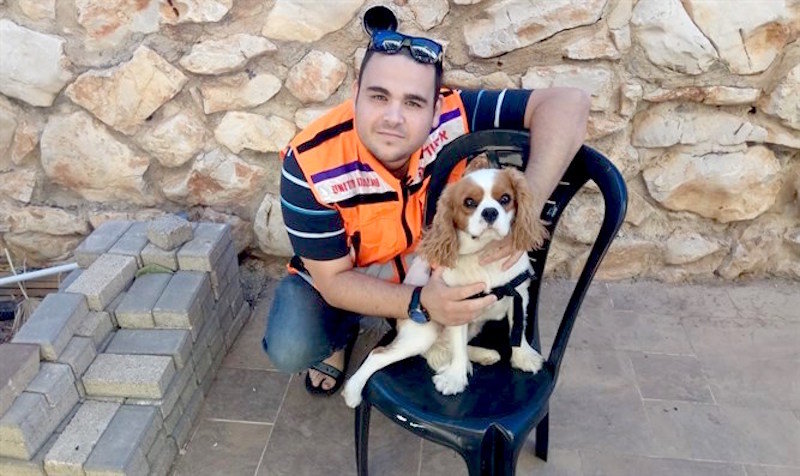 United Hatzalah’s crew of canines, which operates throughout Israel, just got a big push from a dog-loving donor who saw the importance of the unit’s work.

The unit, which has been active for the past six months and is now named the Sylvia and Max Shulman K-9 Unit, has received a very large donation in honor of Sylvia and Max, who both loved dogs and understood how helpful they can be in traumatic situations.

The unit currently consists of three dogs, one in the north, one in Jerusalem and one in the south. The animals and their handlers respond to calls regionally whenever and wherever needed.

“We have a small team right now in strategic places in Israel and each of the dogs respond in their region working where they are needed most. Thanks to the support of a generous donor, we are now able to expand this unit and provide more coverage and more care to people who need it.”

“We have been looking to expand the K-9 Unit for some time now, and are overjoyed that we have found a donor who is interested in this project and wants to help us push it forward,” said Tennenbaum.

The dogs have responded to fires, searches for missing people, serious injuries, and car accidents.

“We look for the right type of situation where the dogs can add an extra level of care and treatment for the patients. Not all segments of Israel’s population react well when animals are near, so we are very careful as to which calls we send our dog unit members to. Our aim is always to make the patient feel more comfortable and empower them. In most cases, the dogs help us do that. They are brought in to assist in an emergency to help patients calm down, recover and cope with the incident that they just experienced,” Tennenbaum said.

“One of the basic rules we learned in animal therapy is that animals don’t judge people. While some patients may be hesitant to talk with people, even therapists from our unit, that same hesitancy does not exist with Lucy, or with any of the dogs in our unit,” she said.

Over the next few months, the unit hopes to expand the number of dogs in service as well as the situations in which the dogs will be used. “One area in which we believe the dogs will be very useful in the future is with situational debriefings of our own volunteer responders who suffer trauma from witnessing the medical emergency that they responded to. EMS personnel are exposed to an incredible amount of trauma and one method we are employing to deal with that is by having debriefings. We believe that the dogs will be able to assist the first responders to process the incident that they just witnessed in a healthier manner.”

Lucy has been incredibly useful in many cases where breaking the ice and connecting with patients quickly was important, while Shekel successfully brought a mother out of a state of shock when one of her children suddenly passed away. Slowly, through connecting with the dog, the mother began responding to her surroundings once again.

In Tzefat, Weiss and Toffy have been responding to emergency calls that require an extra level of care for the past nine months, while Netanel and Shekel have been volunteering with the unit for almost a year.