from the heart of jerusalem

Truth and slander, and how we see ourselves 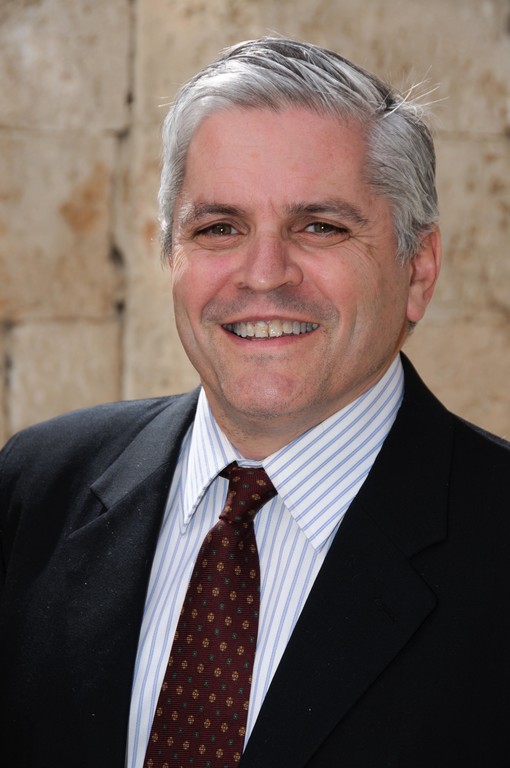 If one can speak negatively about his fellow, one does not really see the image of G-d that is part of everyone. That will gradually destroy one’s soul.”
By Rabbi Binny Freedman

Raymond Smullyan, in his book “5000 BC and Other Philosophical Fantasies,” posits the question of two identical twin brothers, one who always lies and the other who always tells the truth. Whatever is indeed true, the truth teller believes to be true; the liar’s responses are always false, such that whatever is true he will always believe to be false and whatever is false he will always assume is true.

Thus, posits Smullyan, each brother will always give the same answer to the same question, but for different reasons:

“For example, suppose you ask whether two plus two equals four. The accurate truth teller knows that it is and will truthfully answer yes. The inaccurate liar will believe that two plus two does not equal four (since he is inaccurate) and will then lie and say that it does; he will also answer yes.” (Much like the case in which a schizophrenic patient is being considered for release from a mental institution. Asked if he was Napoleon, he replied “no” and the lie detector showed that he was lying!)

Even though the two brothers give the same answers to the same questions, by asking each of them, “Are you the accurate truth teller?” they are really being asked two different questions since the identical word “you” has a different reference for each of them.

This week’s portion, Metzora, among other things, contains the purification rite of the leper. (Though we use the word leprosy for convenience’s sake, tzaraat is clearly not the disease of leprosy currently known as Hansen’s disease. For example, the Biblical affliction was not contagious, but rather a spiritual state generally viewed as the consequence of slander and other transgressions, such as when Miriam seemed to slander Moshe, resulting in her affliction of tzaraat.)

Once the kohein has determined that leprosy has been cured or removed, as part of the return of the metzorah (leper) to the main camp, he must take two live clean birds as an offering (Vayikra 14:4). One of the birds is slaughtered, and the second is dipped in the slaughtered bird’s blood, before being “set free upon the field” (14:7).

A similar ritual appears in next week’s portion of Acharei Mot, in which the kohen gadol, in a central point of the Yom Kippur service in which the Jewish people are purified and forgiven their sins., takes two identical goats — one is slaughtered and the other is not slaughtered, but rather is “sent into the desert” (ibid. 16: 10).

Unlike the living bird that the metzorah brings, the living goat is not sprinkled with (or dipped in) the blood of the slaughtered goat. And the goat is ultimately not meant to live, having been taken to the desert to die. According to tradition, it was cast off a cliff where it would tumble and fall and be torn apart, apparently symbolic of our sins being torn apart as part of our repentance and subsequent forgiveness (Tractate Yoma 67a).

The freed bird would not be assumed to die if it was “set free upon then field.” The rabbis (Tractate Kiddushin 57b), concerned over this question, taught that one should not cast it towards the sea or the desert, apparently to prevent its return with the impurity it represented. So why is it set free and what is this ritual meant to symbolize?

However, there is another explanation, which I saw quoted in an article on by Dr. Baruch and Judy Sterman (“Freebird: The Strange Case of the Bird that Lived”), which suggests a totally different understanding.

The Chizkuni (13th century French commentator) points out that a bird dipped in blood, set free upon the field, would actually meet a very different fate than one might think. Indeed, other birds would probably see and even smell the blood and, either feeling threatened by a new and different identity, or sensing weakness and perhaps even assuming the bird is wounded, would attack it and kill it.

Longing to return to its flock, the bird dipped in blood and freed likely would have no idea of the danger it was flying into, until being attacked, overwhelmed and killed.

So, what does all this have to do with the metzorah?

The metzorah, forced to separate from society and leave the camp, was meant to consider the possibility that he or she may have committed the transgression of slander in one form or another. And the most terrible aspect of slander is the character assassination it inflicts on its hapless victim who may have no idea what people are saying about him, and may be totally unaware that his status has changed and people no longer see him quite the same way. We may think we have set the bird free, but in reality it is marked with blood and is already, on one level, waiting to die.

The slanderer, too, may have no idea of the harm he has inflicted and the damage he has done. Indeed, our general perception is that the problem with slander (lashon ha’ra) is that it causes people to think ill of each other, and distances the listener from those he is hearing slander about, causing rifts in society and separating us one from another. But the first time we find an allusion to leprosy and slander in the Torah would seem to belie this supposition.

It is ludicrous to suggest that Moshe’s slander would impact G-d’s perception of the Jewish people and cause G-d to distance Himself from the Jewish people. And the case of Moshe is not unique; we find similar occurrences with both Eliayhu (Melachim I, 19:10) and Yishayahu (6:5), who are each punished for their harsh criticism of the Jewish people, even though they are speaking only to G-d.

Perhaps the transgression of slander impacts not only society, but — perhaps even foremost— the speaker himself.

If one can speak negatively about his fellow, then one does not really see the image of G-d that is part of everyone. That will gradually destroy one’s soul. Thus if I speak ill of another person, I am not just damaging them (and their reputation), I am actually damaging myself as well.

To reenter the camp and become part of a community experience that brings people together, we have to both slaughter the bird that represents what we know we are doing wrong, and also dip the second bird in blood and set it free, accepting that there are mistakes we have made which cannot be undone. Perhaps the sobering realization of the pain we can cause and the damage we may inflict will help us to avoid making the same mistakes in the future, becoming instead part of the fabric of building a better, healthier community and society.

As Smullyan posits, with two identical birds (or identical twins), everything depends on how we see ourselves, and which “you” we really want to be.

Shabbat Shalom from Jerusalem, and wishing all a chag kasher ve’sameach and a wonderful Pesach.