Trump and Israel: Gordis got it wrong; Jews should cheer our new president 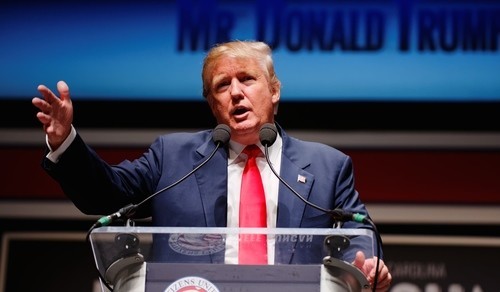 Whether Jews concerned about Israel agree with Daniel Gordis, they often read what he has to say, but his comments also become a source of discussion for days after his articles appear.

This is no less true of the Conservative spiritual leader’s latest article, about Donald Trump’s election victory. But this is less the voice of Gordis’s usual scholarly insight and moderation, and more a page from Lamentations reminding us of his love for Israel and the “danger” that a Trump victory brings to the world’s two largest Jewish communities.

Strange. Living in America, I viewed the Trump victory as opening a new and glorious era for American Jews, even though most of them are too wedded to their Democratic Party identification to comprehend what the Obama administration has meant for the Jewish community.

For the last eight years, Barack Obama, the man who allegedly slept at the feet of the anti-Semitic and anti-American Rev. Jeremiah Wright and his messages of black liberation theology, has refused to have Title VI enforced by his administration on behalf of Jewish students. This has meant that while the obscenities of racism and various forms of bigotry are virulently attacked on college campuses with the full weight and power of the federal government, anti-Semitism is not. In fact, as Paul Miller has documented, anti-Semitism on college campuses has become a growth industry.

There are numerous reasons for this, and the Obama administration’s refusal to implement Title VI to defend Jewish students against hatred is one of them. In sharp contrast, the Trump administration has announced its intention to consider BDS an act of anti-Semitism and to use the full power of the federal government to fight anti-Semitism on campus.

So for those liberal rabbis who share Gordis’s concerns about the Trump presidency and are busy sitting shiva with their congregants while serving warm cocoa and borrowing helper puppies from the local humane society to comfort the mourners, I want to know:

Where were you when anti-Semitism was flourishing on our campuses, when Jewish students were being humiliated in class for their Zionism, and when thugs of the radical Muslim persuasion and their leftist allies — with school administration complicity — were preventing Jewish students from attending classes?

I’d ask the same question of our Jewish defense organizations and most campus Hillels, but regrettably most of us who study these issues already know the answers.

Gordis is unconcerned with these issues, but he is concerned with what he sees as the rise of anti-Semitism, not in the anti-Semitic thuggery on the college campus, but that the KKK is having a victory march in North Carolina. No, what troubles Gordis isn’t the well-funded student associations that have made college life a living hell for some Jewish students, it’s what he sees as the rise of the KKK.

Perhaps, living in Israel, Gordis is unaware that the North Carolina KKK numbers — at the most generous estimate — 200 members. North Carolina has more than 10 million people, and the Klan has two-thousandths of a percent of that number as its members. Trump can no more control (nor should he) who celebrates his victory than Hillary Clinton can control all those sheikdoms that prayed fervently for hers—although she surely could have controlled the investments they made in her foundation. What expectations did all those sheiks have for the millions they poured into the coffers of the Clinton Foundation? Was it better respect for girls and women as human beings and not as sex objects? No doubt.

If Gordis is going to read from Lamentations on his forthcoming tour, he will find eager paranoid Jews who share his myopic read of America and think that the Obama administration was the golden age of tolerance for the Jewish community. He will find welcoming audiences at San Francisco’s Commonwealth Club and almost anywhere on the Upper East Side of Manhattan.

But as far as those of us who are Americans first and foremost are concerned, Donald Trump is our president-elect — get over it.

While Gordis is contemplating what to say to those in the Jewish community who remain in mourning, he should also give due consideration to unpacking his suitcase. He has nothing new to add except to aggravate their misery. His time might be better spent sitting across the table from the Palestinian Authority’s expired-term president, Mahmoud Abbas, giving him a pencil and paper and asking him to draw the boundaries of an acceptable Palestinian state alongside a Jewish state. Now that should keep him engaged for some time, if not for eternity.

Abraham H. Miller is a distinguished fellow with the Haym Salomon Center news and public policy group and an emeritus professor of political science, University of Cincinnati. Follow on Twitter @salomoncenter.