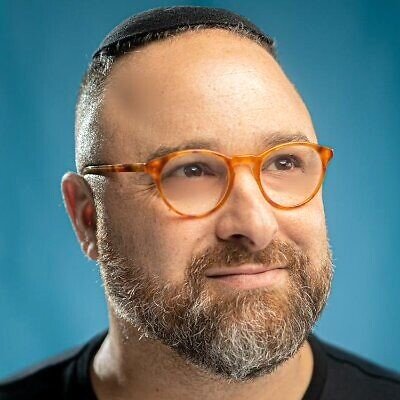 The world hates the Jews because we are messengers of morality.”
By Hillel Fuld

Ever since I can remember, I have been confused by antisemitism. I get it, they hate us. But why?

Well, Jewish scripture says “Esav sonei l’Yaakov” (Esau will always hate Jacob). But that doesn’t sit well with me. They hate us just because?

I need an explanation. But I’ve never found one that satisfied me. Until recently.

Here is where it gets controversial and politically incorrect. Here goes.

Let’s examine the time periods in history in which antisemitism was high. You’ll notice an inverse correlation: The less morality in a society, the more antisemitism there is.

Think about it — Ancient Egypt, the Greek empire, the Roman empire and the Nazi empire (we’ll get to today soon). All those empires tried to annihilate the Jews. All those empires lacked morality. They behaved in promiscuous ways, they tried to deny G-d and put the human being and his ego in the center of the world. They tried to convince the world that the planet revolved around them. They wanted no part in morality.

Let’s remember what the source of morality is: It’s the Torah, the Bible, the Old Testament.

Call it whatever you want, but the world knows it’s immoral to steal, lie and murder from the Torah. The Torah is the epitome of morality. Thus, the messengers of morality are those who delivered the Torah to the world — the Jews.

I am not saying that anyone who is not Jewish is immoral. What I am saying is that moral human beings learned what morality is, whether consciously or unconsciously, from the Bible.

So, Hitler, for example, comes to power and wants to convince the world that the ultimate morality is to cleanse the world of anyone who is not of the Aryan race. If you read his book Mein Kampf, you’ll see that, to do so, Hitler sought to forge a “new morality” that would supersede the “old morality,” which held that killing is bad.

But you know what happens when morality is thrown out the window? It starts slowly but ends tragically, whether it’s in the form of genocide or, in today’s world, a clothing brand accepting and promoting pedophilia. Because when everything else is ok, where do we draw the line? Maybe pedophilia is just another preference.

It sounds sick, but we’re there. If you haven’t heard, Google the recent Balenciaga campaign. Google the term “minor-attracted person.” I am not joking. I wouldn’t joke about such a serious topic. This is being legitimized right before our eyes.

All morality is gone and things we’ve accepted as truth for thousands of years — gender, for example — are now fluid. Morality is irrelevant. Science is irrelevant. All that matters is the new “ism” of our generation.

But there’s a paradox at work: On the one hand, the world needs to get rid of the messenger who reminds them what morality is. On the other hand, those same people can’t bring themselves to completely give up on what is right. They don’t want to be reminded of it, but they also don’t want to totally forget it.

So, despite assimilation, despite the Jews in America trying to be more American than the Americans, despite Jews trying to hide the light of their message, Jew-hatred is at an all-time high, because the world yearns subconsciously for that light and hates itself for doing so. So, they blame the messenger. They blame the Jews.

In every generation, there is a new movement that seeks to erase morality and drives people to try to kill the messenger of morality. And in every generation, Jews are their own worst enemy, because they think that, if only they are like everyone else, no one will know they’re Jewish and they will never experience antisemitism.

You can try to wear a robe to cover the light, but when the room is dark, the light will shine through. It will escape. The darker the room, the more the light will illuminate the room. It can’t be truly hidden.

We bring the light into a very dark room. That light blinds the world to the point that they want to extinguish it. But they also feel the need to know that, if they want out of the dark room, the light will guide them. When we, the Jewish people, as a nation, embrace our light, when we own our light, we will be able to return to our role as the messenger of morality.

The world will try its best to ignore and even eliminate the messenger, but they will fail. Ultimately, morality will prevail, hopefully sooner rather than later.