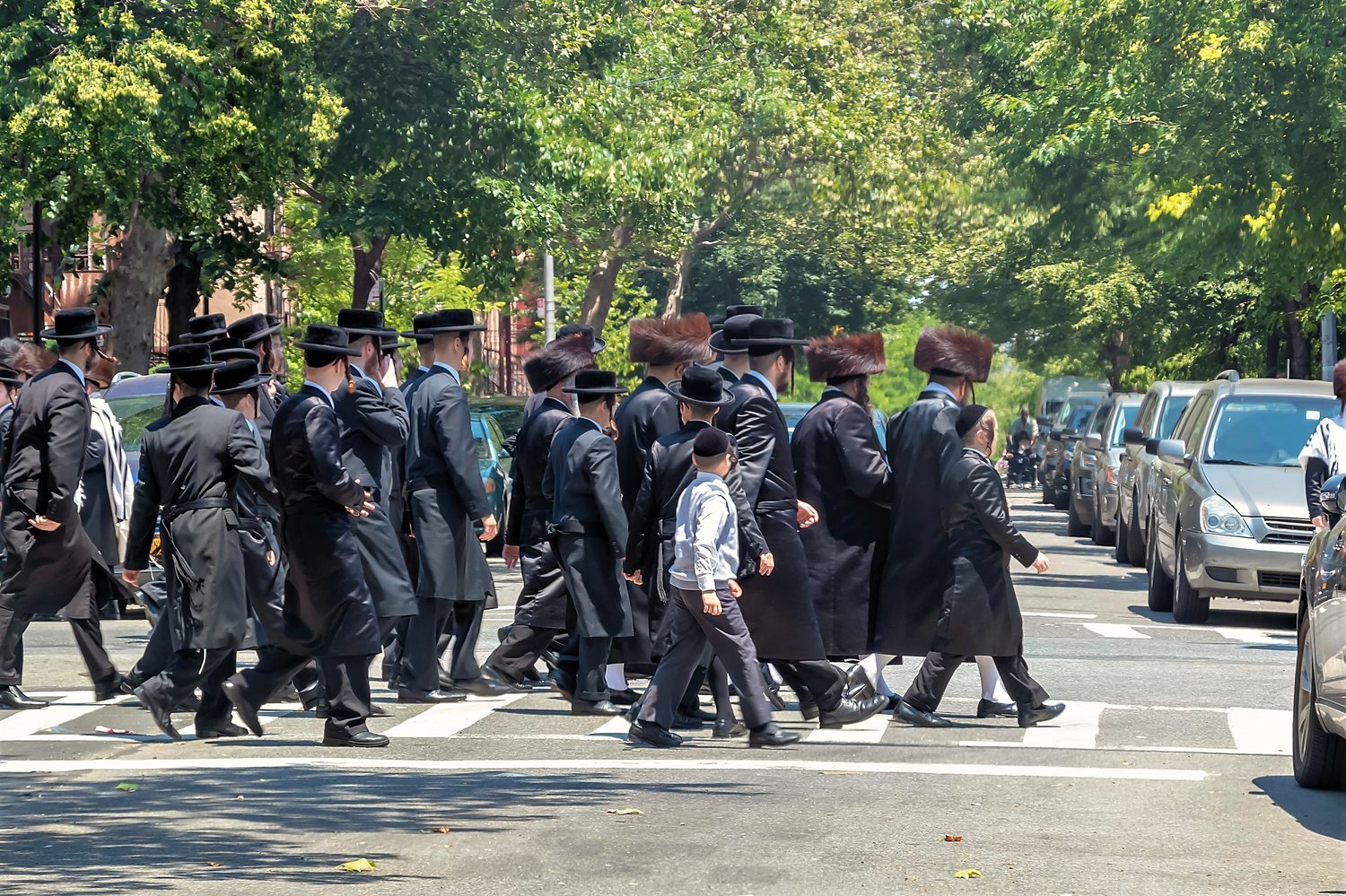 94% of reported hate violence in NYC between 2018 and 2022 was committed against Orthodox Jews, primarily in neighborhoods where Hasidic Jews live.”
By Thane Rosenbaum

Should I start with the good news? Okay.

If you are a secular Jew who does not wear religious symbols, skullcaps and attire, isn’t walking toward a synagogue or waving an Israeli flag and does not live in predominantly Jewish neighborhoods in either New York City or London, chances are pretty good that you won’t end up as a statistic in the escalation of antisemitic hate crimes. (If you live in Paris or Stockholm, however, and you’re Jewish, it doesn’t matter what you’re wearing. You can dress like Dua Lipa, and the restive mob of Muslims who are on the lookout for anyone who might be Jewish will probably see through your disguise.)

Here’s the bad news: The overall number of antisemitic assaults has more than doubled in New York City, with Jews serving as the intended targets of 60% of all hate crimes. It does not apply to all Jews equally, however.

According to a year-end report prepared by Americans Against Antisemitism, relying upon data supplied by the New York City Police Department, 94% of the reported incidents of violence between 2018 and 2022 were committed against Orthodox Jews, primarily in the neighborhoods where Hasidic Jews live.

Statistically speaking, a secular Jew can walk most city streets like an upright Episcopalian. Religious Jews do not have the same luxury, however. Their dress may be modest, but it is also dangerously conspicuous. The sidelocks, long black coats, wigs and headscarves are obligatory. Hasidim live in free societies, but due to the frayed social fabric of the moment, they are not free to go about their lives with any assurances of safety.

A tale of two Jewish communities: the vast majority ensconced within the population, while the rest, more devout, are mere sitting ducks.

But here’s the most alarming trend, unsurprising perhaps given the implicit marching orders of social media influencers such as Kanye West and Kyrie Irving: 97% of the perpetrators of these assaults against Jews are young persons of color, the vast majority of whom are Black.

The religious Jews of London do not fare much better, although the overall levels of hate crimes are more widely dispersed among all minority groups. But the perpetrators of those crimes happen to be Muslims.

So much for white supremacy.

This surely comes as news to many, including the mainstream media, which rarely if ever deems violence against Jews newsworthy. Such incidents are nothing but forgotten footnotes in the larger story of spiking crime.

It is, after all, politically incorrect to cast aspersions on communities of color. And since the overwhelming number of victims of these attacks are Hasidic, who are curiosities and cultural eyesores to most American Jews, no one seems to be paying attention, and absolutely no one — least of all Jews — is sounding the alarm.

And it’s not like we haven’t been warned. Three years ago, before the pandemic, during Chanukah in Williamsburg, Crown Heights, Borough Park, Monsey and Jersey City, Hasidic Jews were killed, beaten, had their teeth smashed and faces slapped, eggs thrown at their children, wigs ripped from their heads. A brick was hurled through the window of a Hasidic girls’ school. Most of the assailants were Black, and the stories were grossly underreported.

Sure, there was a protest march over the Brooklyn Bridge, but it was sparsely attended, and solidarity from other minority communities was almost nonexistent. Jews, if they marched at all, marched alone.

No surprise there. As a substrata of American Jewry, the Orthodox are mere afterthoughts — even to Jews, who do not believe they are the Keepers of this particular set of Brothers. Far too many regard Hasidim as the “Deplorables” of the tribe, the outlying unvaccinated whose children are not even proficient in reading and math.

These invisible Jews, ironically, have become easy targets of hate. Theirs is the misfortune of sticking out even amid all that insularity. Hunted by Jew-haters, and haunted by the indifference of their countrymen.

Jewish leaders and elected officials have forsaken them, as well, but no more so than they have the general Jewish population. The failure of Jewish leadership is an old story, however. The organized Jewish-American community was fast asleep during the Holocaust, and they are no more alert today.

It doesn’t help that religious Jews tend to vote Republican and were reliable Trump supporters. In the eyes of many, their shtetls are tantamount to red states. Existing as they do on the wrong side of the political and cultural divide, there are few takers who feel responsible for their rescue.

That’s not something to be proud of. The out-casting of the Hasidim is unbecoming of Jews. And it’s not like the community has no capacity to stand up for each other.

Soviet Jewry, for instance, three million of whom fell on the wrong side of the Iron Curtain, was once as mysterious and forgotten as American Hasidim are today. In 1966, Elie Wiesel coined them the “The Jews of Silence” — casualties of the Cold War, pawns on the stalemated chessboard of realpolitik.

But a grassroots movement of Jewish college students — the Student Struggle for Soviet Jewry — fresh from protesting against racial segregation, decided it was time to galvanize on behalf of the intrepid Jewish refuseniks of the Soviet Union. Yet another group, the Jewish Defense League, its members carrying baseball bats and pipe bombs, took a more militant approach in demanding the freedom of fellow Jews with whom they had very little in common.

For over two decades, largely without the assistance of mainstream Jewish organizations, Russia’s Jews slowly were allowed to emigrate until the Iron Curtain itself collapsed.

Brash Jewish leadership took other forms, too. The ADL, for instance, was once unapologetically in the corner of American Jewry and the State of Israel. Its former national director, Abe Foxman, openly declared war against Mel Gibson after his drunken antisemitic rant. Nowadays, in response to far worse behavior, the ADL will, at first, accept a check and a perfunctory apology from Kyrie Irving. Gibson’s career never recovered. Irving, meanwhile, is back on the hardwood scoring buckets, despite his excuses holding no water.

And the Hasidic Jews who live in the same borough as the Barclays Center may be paying the price.