The honor and the beauty: Appreciating what’s important 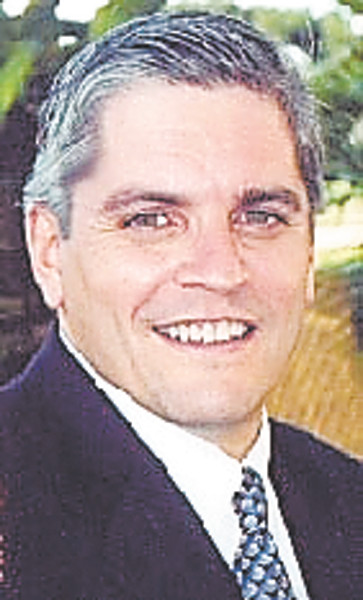 Priorities; sometimes, we need to take a step back and appreciate the things that are really important in life, if for no other reason than the opportunity it affords us to take note of the things that occupy so much of our time that really aren’t so important….

A few years ago, I found myself walking in to Har Herzl, Israel’s national military cemetery, for the thirty-day memorial service for Yosef Yitzchak Goodman of blessed memory, a paratrooper who fell to his death after cutting his lines to save his commander.

There is a quiet unique to cemeteries, which is especially powerful in Mount Herzl, and even the young soldiers were talking in hushed tones with none of the usual horsing around….

Yosef was in an elite commando unit with an extremely difficult training course. The boys who make it through must share a certain determination, a certain aspiration to excellence that they demand of themselves, even more than the unit demands of them. In the process, they become bound together as one, something that is the backbone of any serious army unit, because it is the framework that allows these young men to know, with absolute certainty, that they can put their lives in their comrades’ hands, any time, any place.

All of which is part of why the energy in such a place, with such a group, on such a day is indescribably unique.

At one point, their commanding officer, wearing the less fancy uniform used in the field with no medals and only his rank of Lieutenant Colonel on his shoulders, strode up to the microphone to eulogize the young man he had lost.

I couldn’t help but wonder, of all the moments soldiers share in the field, what one of them he would choose to speak about.

He began to describe the end of the ‘maslul’ or course of training, when, after a year and a half, the boys of Maglan, this elite commando unit, have finally finished the full course.

The last night of these boys’ training course, their commander revealed, this unit has a tradition that all the graduates climb a very steep mountain in the Negev desert near their base, simply known as ‘The Mountain.’ And when they get to the top, with all their gear, the rest of the battalion is waiting for them at the top, and along with the fireworks and the celebrations into the night, there is a very special ceremony where each soldier entering the family of this unit receives his commando wings (worn alongside the paratrooper wings on the opposite breast). Their tradition is that they take off the pin covers and slam the wings, pin-point-first, through the boys’ shirts something that can involve no small amount of pain….

As such, he described how he always takes note of how different soldiers approach this moment, some more hesitant, some eager, but apparently, none quite like Yosef did.

Unbeknownst to the battalion commander, Yosef, at the bottom of the mountain, had confided to one of the men, that when he got his handshake, along with the wings, he was going to make sure it was a moment neither of them would ever forget, and so it was.

When Yosef ( a tall, strapping fellow, who was a supreme athlete, and after many months of army training in which he excelled, was also six feet plus of pure muscle), stepped forward to receive his wings he shook his commander’s hand and, not letting go, squeezed it so hard, the commander finally had to say ‘dismissed.’ Rubbing his hand as he spoke over Yosef’s grave, with the hint of a smile across his face, he looked straight into Yosef’s parents’ eyes and said he could still feel the strength of that handshake. Like everything else Yosef did, he gave it his all. In that moment, the entire world was all about a handshake.

I have not stopped thinking about that handshake, and that moment on Mount Herzl, since I heard this story. Of all the stories I am quite sure this commander could have shared, what made him choose such a seemingly benign experience; the experience of a handshake?

This week’s portion, Tetzaveh, in a seemingly insignificant verse, may perhaps suggest a response to this question:

“And you shall make holy clothes for Aaron your brother, for honor and beauty.”

In addition to all the details regarding the special clothing for the Kohanim (priests) known as the Bigdei Kehuna, the Torah takes the trouble to stress, right from the start, that these priestly garments have to be made le’chavod, u’letifaret, for honor and beauty.

The obligation for Kohanim to wear special, beautiful garments when they serve in the Temple would seem to be in order to lend an air of honor and respect to the Temple service. Service in the Temple should not be done in just any old clothes, but rather in special clothing, because this is special work.

Now this, in and of itself, makes sense. But Jewish tradition gleans from this verse much more than just an exhortation to make the service special. In fact the Rambam

(Maimonides) points out (Hilchot Klei Hamikdash 10:4-5) that if a Kohein was missing any piece of his attire, (or even if he added something not meant to be worn) his entire service was completely invalid. Indeed, Maimonides points out that in the event a Priest did wear torn or stained clothing while performing a service in the Temple, it would again completely invalidate the service.

Why? Why would a small stain on a Kohein’s shirt mean that all the otherwise pure activity was completely invalid? Are clothes and external trappings really so important?

You see, when it comes to the Bigdei Kehuna, the priestly garments, the reason one does not fulfill the entire service when the clothes aren’t as beautiful as they are meant to be, is because in this case, the beautification of the mitzvah is not separate from the fulfillment of the mitzvah, it is the mitzvah.

And it is no accident that this mitzvah, whose essence is the beautification of service to G-d, is based in the Temple. After all, what is building a Temple (or the Mishkan, the temporary predecessor to the Temple our portion speaks of) all about? Why, indeed do I need to serve G-d in a particular place, and in a particular space? Isn’t G-d everywhere?

The entire point of the mitzvah of building a Mikdash, or Temple, is to allow us the opportunity to create one place, one environment that is so pure, and so inspirational, so beautiful and so holy, that we almost cannot help but be inspired, and in awe, when experiencing it.

How often do we become so focused on the insignificant, that we are missing the point of all that we are trying to do?

Maybe the entire exercise of having a Temple, including the special garments we were meant to see the Kohanim wearing, was an exercise in taking a step back to appreciate the really important moments and the purpose of all that we do and all that we are.

A simple handshake, full of power and promise, life and vitality, appreciated by two men, bound for a moment by shared experience and common goals. Most would have missed the moment and most certainly not remembered it. But for me, this Battalion Commander, with all his other responsibilities and challenges--he got it.

Rav Binny Freedman, Rosh Yeshivat Orayta in Jerusalem’s Old City is a Company Commander in the IDF reserves, and lives in Efrat with his wife Doreet and their four children. His  weekly Internet ‘Parsha Bytes’ can be found at www.orayta.org