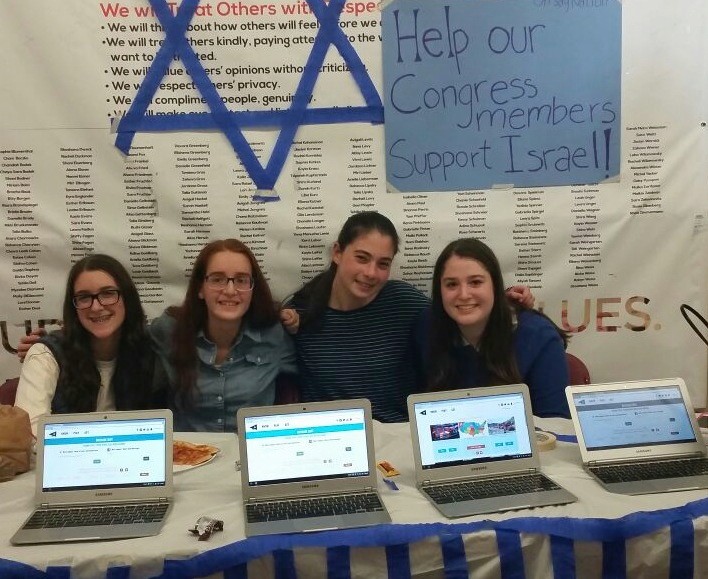 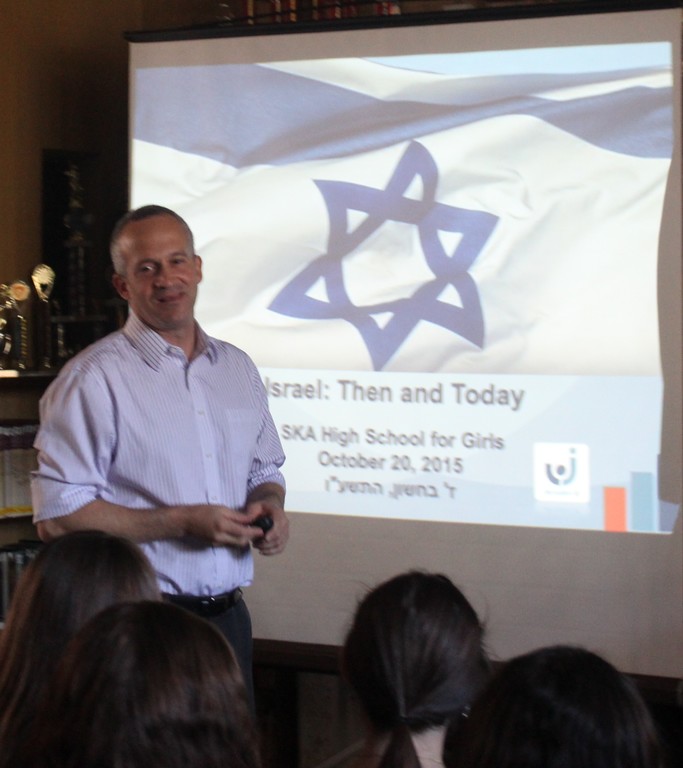 With the situation in Israel on everyone’s mind these days, the hearts and minds of SKA students are focused on tefila and learning and advocating for Israel’s safety and security. SKA’s Israel Action Committee, organized by Principal Grades 9-10 Ms. Raizi Chechik, has been hard at work since the beginning of the school year.

Fundraising coordinators Esther Fruchter, Rachelli Helfgott and Abby Hofstetter raised over $500 for the Banita and Lavi families in the aftermath of that attack.

Our OhSayNation online lobbying coordinators, Sarah Evans, Zohar Reyhanian and Jaclyn Korman, garnered over 100 letters to thank the congressmen who made statements in support of Israel during this wave of terror.

SKA Sophomores were privileged to hear from Mr. Zeev Ben Shachar, director of Israel Education at Jerusalem University, about the situation in Israel and the role the media plays.

Using film clips to illustrate his words, he described the media’s negative portrayals and exhorted the students to get active in defending Israel against the lies and distortions that are being spread. He discussed how the younger generation of Arabs is being incited to attack Jewish Israelis. Moral equivalence, he noted, doesn’t care who started the violence but blames both sides for attacks; Muslim countries and the secular media equally blame Israel for defending itself.