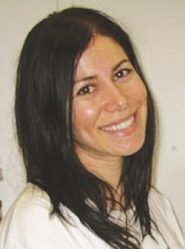 Joaquin Phoenix squished into his limited time with a captive audience of millions oh so many injustices. Then suddenly he began talking about dairy farming and cows and calves, criticizing the industry, specifically the separation of mama cows from their newborn calves.

As my friends were groaning and rolling in laughter, I was like, hey, he might be a kook but on this he has a point.

Years ago when I was teaching a science unit devoted to agriculture I decided to make it fun and titled a unit, devoted to learning and understanding the workings of a dairy farm and the process of milk production, “Making Ice Cream.” It worked. Every student was super-motivated and it didn’t hurt that we had an ice cream-making party as a culminating project.

But as I researched the unit, I read about how newborn baby calves are separated from their mothers quickly after birth. I read about the cries of anguish of the mother cows and the baby cows and about how the milk we are consuming is essentially the milk that was intended for the baby calves, but instead gets mass-produced for our human consumption.

I told my friends how this had caused me to stop using milk or cream in my coffee, and milk in general; instead I switched to a plant-based milk (which is anyway healthier). Then we all broke into laughter. I mean, I had planned to order in pizza and was literally holding a spoon deep in a Haagen Dazs cup as I stated this.

Haagen Dazs is ice cream, not milk, was my quick and joking reply — as we all burst into another round of laughter.

While Joaquin Phoenix may have had a good point, it was executed in an uninformed and simplistic manner. Randomly knocking dairy farmers without explaining the complexity of dairy farming is misleading.

Breeding cows for milk consumption has been done for thousands of years. If done right, with consideration to the Torah’s mandate of “tza’ar ba’alei chaim” (not to cause animals pain) it is perfectly fine. The problem is that mass production in the dairy industry has grown to levels where at times it can be challenging to produce milk while insuring the compassionate treatment of the animals.

That said, who more than farmers work so hard, day in and day out, at the mercy of the elements? Who better than farmers know and care for the land, work the land, and are actually connected to nature and animals?

There is something of a disconnect to hear a privileged actor, someone who at best can play a farmer, simplistically and dismissively painting the entire dairy industry so negatively.

Within the following day or two, an article came to my attention about the Israeli Dairy, Yotvata, which will be the first dairy to launch a pilot project that will not separate female calves from their mothers right after birth.

It’s not clear to me why the pain of baby male calves is not considered. Nor the pain of their mothers. It seems a difficult scenario to picture mama cows in a shed together, but those who birthed females have their babies by their side, and those who birthed males will still be experiencing the primal pain of separation, and now perhaps also the added pain of seeing some of their fellow birth mothers with their young.

Perhaps I am reading too much into it. Perhaps too, Yotvata has thought of this, and will separate cows who get to keep their young from those who don’t.

I assume it has to do with caring for cows who will be future milk producers, and since male calves will be bulls and not milk producers their farm placement is different. Nonetheless, I was proud to see Israel as the first to take a step in the right direction of producing milk humanely.

Now I have my work cut out for me too: limiting my ice cream consumption, ending my cognitive dissonance between milk and ice cream.

I got more from the Oscars than I bargained for. If I watch them again next year, I will have to serve crudités.