SAUDI NEXT? US Jews tell of secret mission 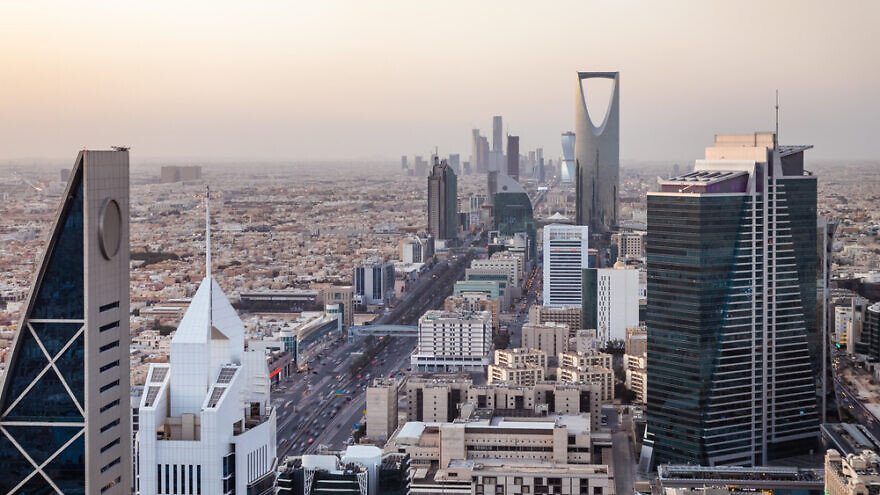 Earlier this month, it was revealed that a group of 15 Jewish leaders from the United States visit the Kingdom of Saudi Arabia in June in a bid to advance the Abraham Accords.

In Riyadh, the group met with top Saudi governmental officials and members of the Saudi royal family. Enroute, they stopped in Israel for briefings with high-level government officials.

Phil Rosen, a member of the board of the Republican Jewish Coalition and a vice chair of the Birthright Israel Foundation, explained to JNS that due to sensitivities between the Biden administration and the Saudis at the time, the trip could only be revealed now, several months later.

Referring to the Trump administration, Rosen said that “in light of the fact that the sponsorship of the Abraham Accords is no longer in office, there was a void. We tried filling that void by encouraging the [United Arab] Emirate countries to continue the progress of the accords while encouraging the Saudis to get on board.”

When arriving in Saudi Arabia, Rosen, a New York-based attorney who has traveled to the kingdom in the past, said he noticed how much progress had taken place over the past few years in terms of that country’s Westernization. Strides had been made in terms of religious rights and women’s rights, he said.

He shared that “in 1993, at the request of [Israel Foreign Minister] Shimon Peres, I was asked to see if the Arab countries, and Saudi Arabia, in particular, were interested in peace.” Rosen said that he came back from Saudi Arabia with great trepidation, telling Peres that peace wouldn’t happen for at least a century or two.

“But today,” he says now, “I have a strong feeling that we are on the verge of something big happening. It’s definitely viable.”

Rosen said he is giving the Biden administration “a chance to prove they want it. They know it’s good for us as Americans, and definitely good for Israel and Saudi Arabia. There is no reason not to do it. It could mean a lifetime of peace between Israel and the Arab world.”

Eric Levine, also an attorney from New York and a Republican Jewish Coalition board member who was on the trip, told JNS that in Saudi Arabia, “everything we were hearing was not ‘if,’ but ‘when’ peace will happen with the Israelis. That’s clearly the message I took away.”

“Look at everything happening here. When we traveled to the UAE, we flew over Saudi airspace. As a Jew, if you would have told me five years ago that we could fly over Saudi airspace, I would say you were out of your mind,” continued Levine.

Levine said that normalization with Israel makes sense for the Saudis from a demographic perspective as 70 percent of its population is under the age of 35, and they realize how important a modernized Westernized education system is for the next generation. The Saudi government now realize that “the Wahhabi way of thinking in these madrasas [educational institutions] has to stop,” he said.

“As they told us, they recognized they have to close these madrasas,” Levine continued. “Rather than teaching ‘Kill the infidel,’ ‘Kill the Jew,’ ‘Destroy America,’ they are now teaching them math, science, philosophy, Western liberal thought and bringing them into the 21st century.

“The only country they can turn to that can help them do that is Israel. They need the technology — they need to be able to make the desert bloom, they need irrigation, they want to diversify into 5G, etc. What better place to get that technology than right in their backyard, with Israel?”

On the security front, Levine said the “Saudis were clear to us that the three greatest threats to them are Iran, the Muslim Brotherhood and Turkey, in addition to Yemen.”

He reported that the Saudis question why the United States doesn’t view the Houthis in Yemen — the Iranian proxy that has been launching rocket attacks at Saudi Arabia — as a terror group similar to Hezbollah in Lebanon.

Rosen said that he plans to travel back to Saudi Arabia with another group in January “to show them this wasn’t a one-time thing.”

“Politicians will tell you they have no idea when peace will come with the Saudis,” he said, “but those who can ignore the political ramifications, like myself, are both optimistic and anxious for peace.”