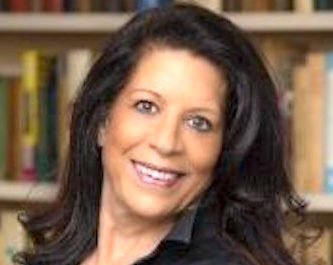 The assault is a metaphor for the dangers inherent in the West’s falling prey to the deadly machine that emboldened the terrorist from New Jersey.”
By Ruthie Blum

The attempted murder on Friday of Salman Rushdie is the latest in a string of appalling incidents that ought to put the United States and its P5+1 partners to shame for their efforts to revive the 2015 nuclear deal with the evil regime in Tehran.

Rushdie, author of “The Satanic Verses“ — the 1988 book that earned him critical acclaim in the West and a fatwa for his annihilation from Ayatollah Ruhollah Khomeini — was about to address a large audience at the Chautauqua Institution in upstate New York when he was tackled and stabbed multiple times by a radical Muslim enamored of Iran.

Despite ridiculous reports of an unclear motive for the attack, the 24-year-old perpetrator, Lebanese-American Hadi Matar of Bergen County, NJ, made no bones on social media about his support for the Islamic Revolutionary Guard Corps (IRGC). The only question is whether he plotted the killing purely for ideological reasons or also had his eye on the $3.3 million bounty on Rushdie’s head. Perhaps both, as they are not mutually exclusive.

His affinity for the IRGC and proxies was also apparent in his choice of name on the phony driver’s license he used as an ID to enter the premises: Hassan Mughniyah. The alias was a tribute to two arch-terrorists, Hezbollah chief Hassan Nasrallah and Imad Mughniyah, the former head of the Iran-backed, Lebanon-based organization’s international operations, whose assassination in Damascus in 2008 has been attributed to the Mossad.

Though Matar appears to have acted alone, Iran’s state-run media and hardline pundits have been praising him to the skies for knifing the “apostate.”

The significance of the bloody assault, from which the 75-year-old Rushdie may not recover, is in its timing. Two days earlier, the US Department of Justice (DOJ) filed criminal charges against 45-year-old Iranian national and IRGC member Shahram Poursafi for trying late last year to hire individuals in Washington DC and Maryland to kill former American officials John Bolton and Mike Pompeo.

According to the DOJ, the foiled plot was “likely in retaliation” for the US air strike that killed IRGC Quds Force commander Maj. Gen. Qassem Soleimani in January 2020. Since that time, the IRGC has been vowing to take revenge on America.

As the Rushdie fatwa illustrates, Iranians have a long memory; in this sense, Soleimani’s death is not only fresh in their minds, but will remain so for decades. Indeed, even Tehran’s denial of the targeting of Bolton and Pompeo includes a reference to Soleimani.

“Such baseless claims are made with political motives … [to] escape … responsibility [for] numerous terrorist crimes that the American government has either directly participated in, such as the cowardly assassination of General Martyr Soleimani, or like the terrorist crimes committed by the Zionist regime and terrorist groups like ISIS that have been committed with the support of America,” Iranian Foreign Ministry Spokesman Nasser Kanaani said on Wednesday.

The harsh response followed the EU announcement last week, as the latest round of indirect talks in Vienna between US and Iranian officials came to a close, that it had presented to all parties a “final text” of the new version of the Joint Comprehensive Plan of Action (JCPOA).

“There is no more space for negotiations. … So, it’s the moment for a decision: yes or no. And we expect all participants to take this decision very quickly,” EU Lead Spokesperson for Foreign Affairs and Security Policy Peter Stano told journalists in Brussels.

Iranian officialdom expressed, through its media mouthpieces, displeasure with the document, which doesn’t meet the regime’s ever-increasing conditions for entering into an agreement.

Three key ones are: the demand that the International Atomic Energy Agency butt out of its business at undeclared nuclear sites; unfettered missile- and drone-development; and, of course, the removal of the IRGC from America’s list of Foreign Terrorist Organizationsc—con which it was placed in 2019 as part of former President Trump’s “maximum pressure” campaign on the Islamic Republic.

When asked by an AFP reporter on Thursday about the EU draft; what effect, if any, the “plot unveiled” against Bolton and Pompeo will have on it; and how soon Washington will make a decision, the State Department principal deputy spokesperson replied:

He continued by reiterating comments by Blinken.

“Our message to Iran is very clear. We will not tolerate threats of violence against Americans, and that certainly includes former government officials. This administration has been clear that it will ensure Iran never acquires a nuclear weapon, and we believe the best path to achieving that goal is through diplomacy. And as long as we believe pursuing a JCPOA is in the US national security interest, we’re going to continue to do so.”

Less than 24 hours later, Rushdie suffered serious wounds at the hands of a single terrorist with little else at his disposal than a knife, love for the IRGC and a fatwa to honor. If the man who has come to epitomize the battle for freedom of speech manages to pull through the horrific ordeal, he will be deeply scarred, literally and figuratively, for life.

Biden should consider this a metaphor for the dangers inherent in the West’s falling prey to the deadly machine that emboldened Matar. But he didn’t even dare to mention the Islamic decree — or terrorism — in his public statement.

“Jill and I were shocked and saddened to learn of the vicious attack on Salman Rushdie yesterday in New York,” he said. “We, together with all Americans and people around the world, are praying for his health and recovery. I am grateful to the first responders and the brave individuals who jumped into action to render aid to Rushdie and subdue the attacker.”

The mullahs thanking Matar and Allah for Rushdie’s plight are enjoying the show.