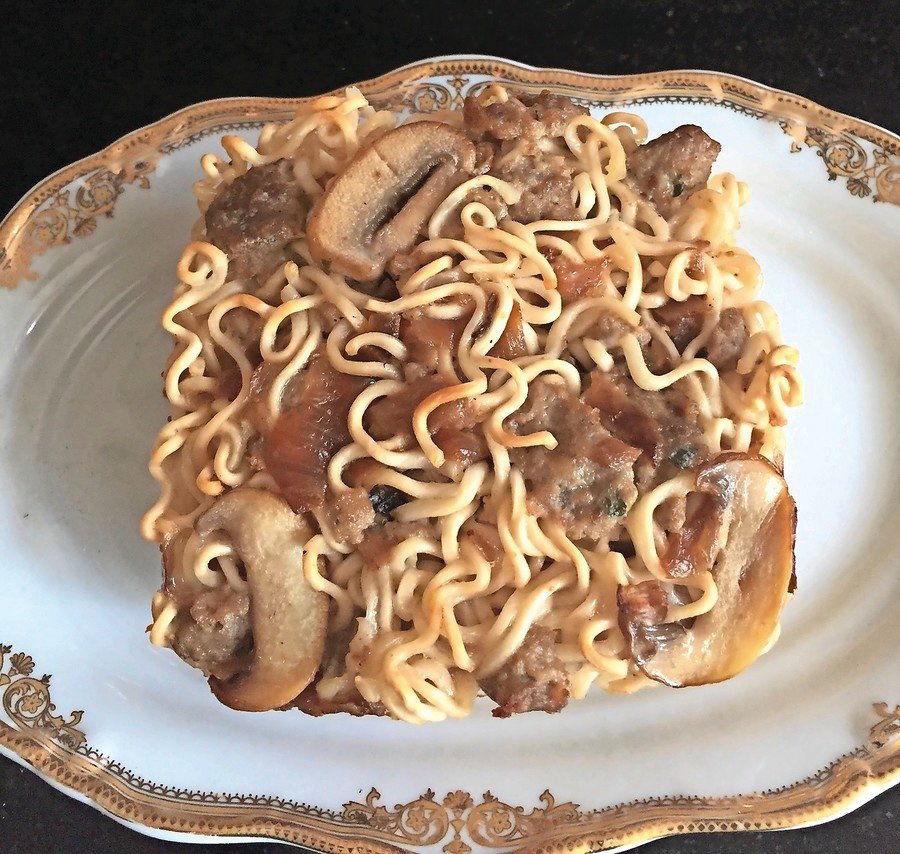 Way back in Medieval Germany, dumplings were a culinary innovation, only recently arrived from Asia. These were simple, doughy balls. They weren’t filled with meat, potatoes or cheese; they were flour, fat, water, and probably egg, rolled into balls and cooked in pots of liquid.

Around the same time, the idea for a stew was making its way to North Africa into Spain, through France (where it may have taken its name, cholent, from chaud-lent, slow heat), and into Germany. They used different spices, and added beans, barley, beef and potatoes.

Since Jews couldn’t cook on Shabbos, they would cook a stew, till it was halfway done, and then keep it in an oven overnight to stay warm and keep simmering. This way it was hot and ready for lunch the next day. At some point, some dropped dumplings into the stew as well.

Because the dumplings would fall apart when left in the chulent overnight, and would also absorb most of the liquid from the chulent, they were put in a stone vessel. This way they would steam and not get lost in the chulent. Some believe, that was the beginning of the kugel.

That basic idea of the kugel didn’t change much over the years. Some added onions and garlic. Some incorporated chicken fat, dried fruits and other spices.

When noodles found their way to Germany, they became part of kugel, too. It wasn’t until sugar became widely available that the noodle kugeltoph were sweet. Until then they were savory. When sugar became more available, cooks started making sweet kugels.

When most people began owning ovens in the mid 19th century, the art of making kugeltoph changed somewhat. They were able to be baked in shallower pans and on their own, instead of in a chulent. Today, it has become more of a baked casserole, than a kugel, but we still tend to call it a kugel. I laugh when I think what my grandmother would think of, what we call kugel.

Sure, we just grate or boil and blend with oil and eggs. Then we add zucchini, squash, carrot, sweet potato, etc. Most of us realize that just because it might have one healthy ingredient, it doesn’t mean it’s healthy or low calorie. If not, let me clue you in.

Yes green or yellow zucchini are healthy, so are carrots, but when you add margarine or oil, sugar flour and eggs, it’s really fattening. Oh, and just because you add low fat cottage cheese to a dairy noddle kugel, that doesn’t counteract the calories in the butter and sugar.

That being said, if you’re going to indulge this Rosh Hashana, try this yummy noodle kugel as one of your main dishes.

Sauté the chopped onions until they are soft and golden brown. Add in the mushrooms and sauté two minutes longer. Add the Bam seasoning to the beef, mix well, then add to onion mushroom mixture and fry until you get a nice brown color. Add the garlic and salt and mix. Transfer to a large bowl, and cool.

Spray a glass rectangle dish and spoon the mixture into it. Bake in preheated 350°F oven for 35 to 40 minutes.

If you are preparing this in advance, be sure to reheat on a low temp, so that it won’t dry out.

Wishing all of my readers, a sweet, healthy and very happy new year!

A version of this column appeared in 2016.