Rabbi Glatt at Achiezer: Before illness, get a posek 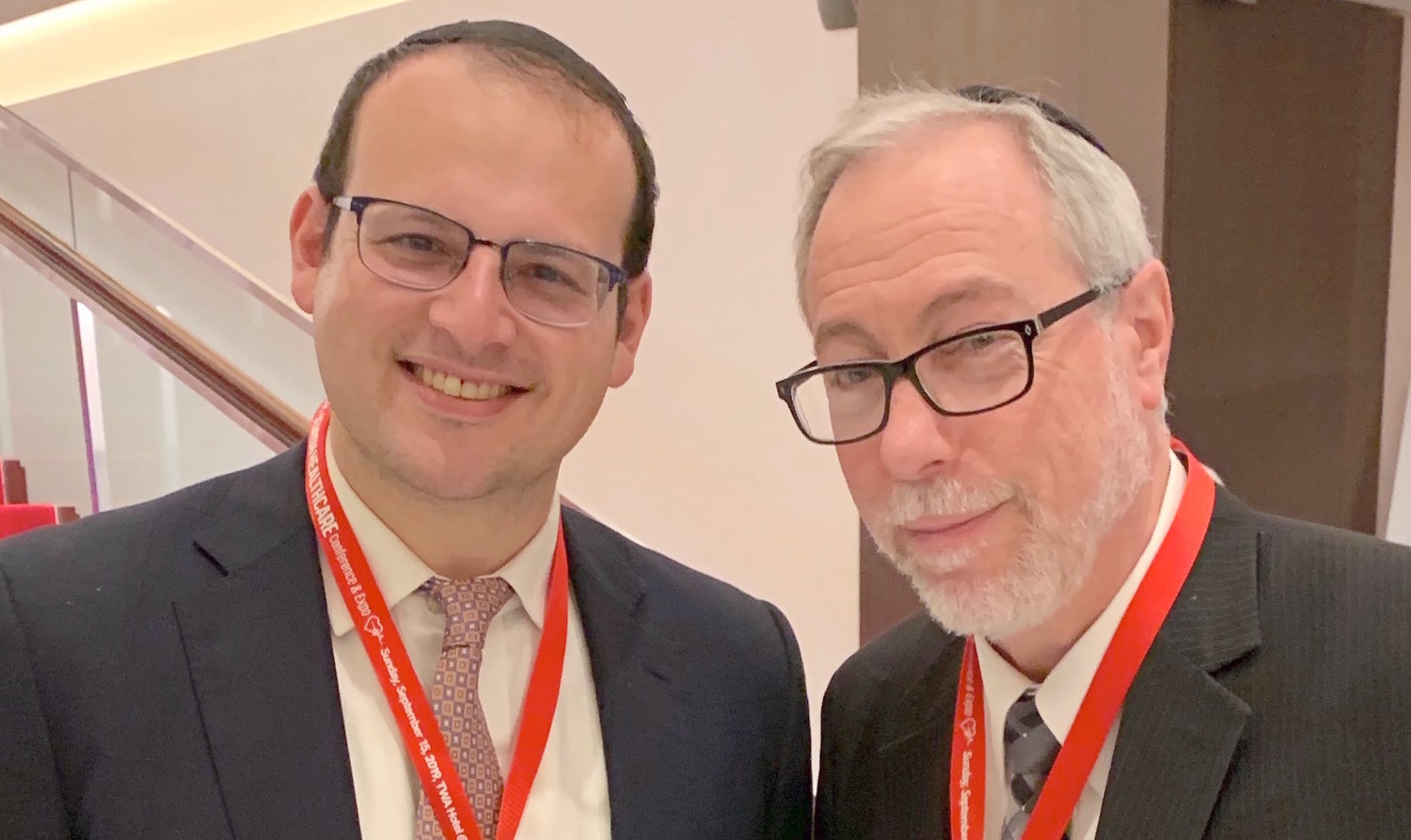 In a health care emergency, everyone needs a posek — and the time to select one is before anyone gets sick.

That was a point made repeatedly by Rabbi Aaron E. Glatt, MD, during a panel on “End of Life: Halachic and practical considerations” on Sunday during the Achiezer Jewish Healthcare Conference & Expo.

The event, which drew several hundred people to the new TWA Hotel at JFK, featured five panel discussions and more than 40 health and senior-related vendors.

“Every person needs to have a rav,” said Rabbi Glatt, assistant rabbi at the Young Israel of Woodmere and chair of medicine at Mount Sinai South Nassau. He was joined on the panel by Rabbi Ashie Schreier, rabbi of the Young Israel of Forest Hills and coordinator of Caring Professionals.

Speaking from recent experiences involving members of his community, Rabbi Glatt pointed out that “these situations sometimes tear apart a family.

His answer: “It should always be the rav of the person who’s sick.”

The ailing person went to their rav throughout their life, he continued. “The rav knows them — even if the rav doesn’t know them, you have to pick a rav.”

And it doesn’t matter if a child’s rav prefers a different appoach.

“You can’t say you don’t hold by them [if] it’s a kasher authority,” Rabbi Glatt said. “When you have to poskin a shaylah for yourself, you can go to your rav, a different posek. But if it’s a legitimate posek, it’s critically important that all the children in the family” agree to follow his directives.

“We don’t poskin in a vacuum,” he said. “What may be correct in one situation, in a similar but not identical sitatuion” may result in an entirely different conclusion.

“Many times people come and say, my rav said do everything. Can’t have a DNR — must rescuccitate. Can’t have a DNI — must incubate. That is not the psak of any gadol that I’m aware of,” he said. “Even if you take the most machmir position of some of the gedolim, even they in specific situations don’t hold like that.”

“Sometimes its assur to do resuccitation,” he said. “You might even be bringing about” death. Each case is evaluated on its own circumstances.

In addition to a selecting a rav, everyone should have a healthcare proxy who is agreed to by the family beforehand, Rabbi Glatt said.

The criteria for selecting a healthcare proxy should not include “who is a Talmud chacham, who is a man or a woman,” but “who lives nearest and will be in the hospital all the time.”

“Don’t tell me that the bachur who lives in California — he’s the smartest son, he’s the holiest son — [pick] someone who will talk with the doctor.”

“The second criteria is someone who is in the healthcare field who understands the lingo, who understands what the doctor said,” Rabbi Glatt said. “Shaylas must be clear. You can only poskin if you know what the facts are.”

“Kol hatchalot kashot,” “new stages are difficult, and it can be overwhelming,” he said.

He discussed a number of practical actions one can take, including consulting with an attorney about qualifying for Medicaid.

Coping with a serious illness “can be difficult at first but you need to approach it with tenacity. You need to be able to fight it and don’t be afraid or embarrassed to ask any questions,” he said.

“Continue to ask and know what you are eligible for because you don’t want to lose out on anything that you may actually have.”