Red-hot Yeshiva U ‘Macs’ are going to The Dance 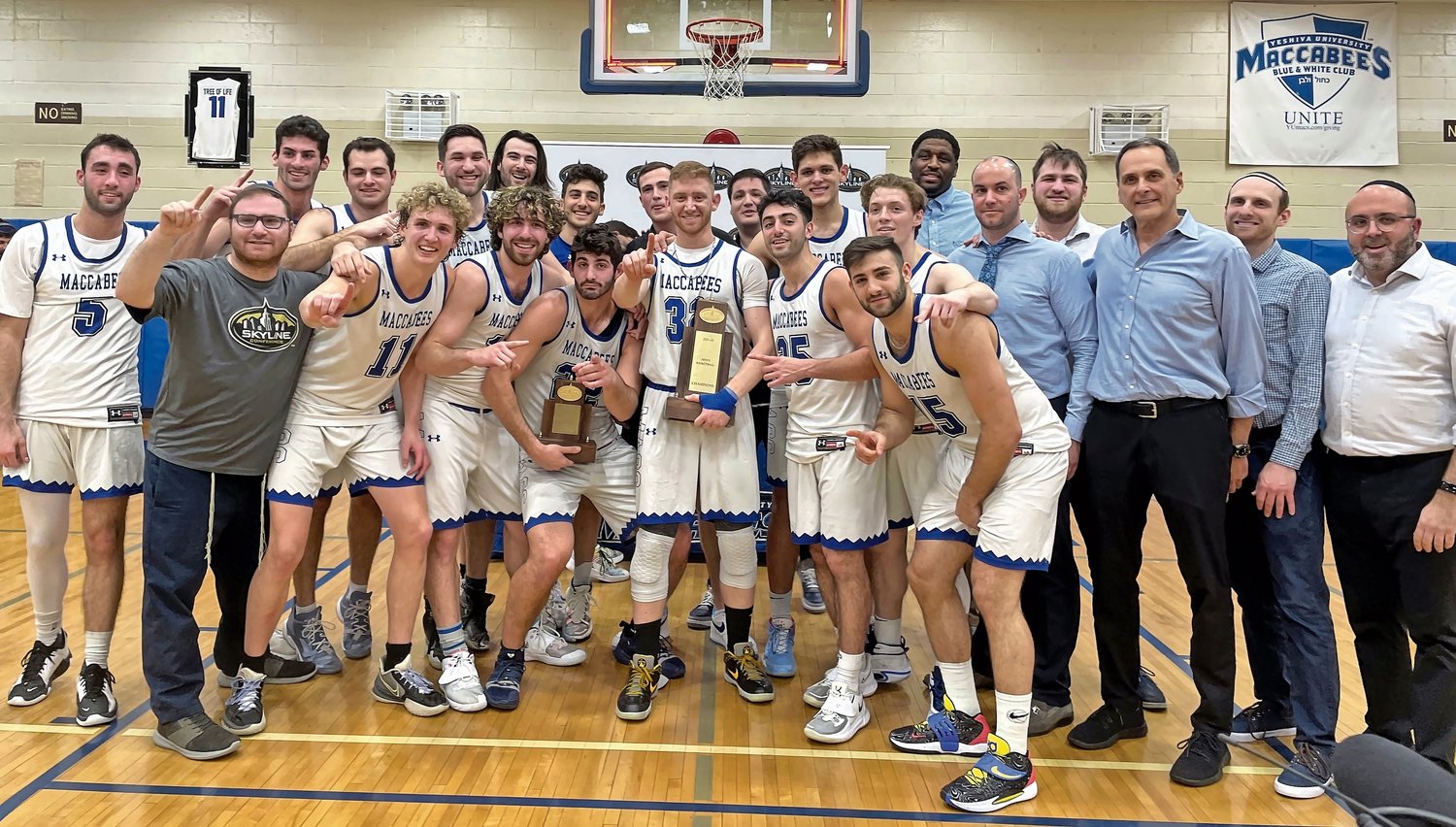 It was “showtime” Yeshiva University-style as Lawrence native Gabriel Leifer, playing his final game in the Max Stern Athletic Center in Manhattan, alley-ooped a pass to senior guard Ryan Turell, who punctuated a 23-6 second-half run with a dunk that gave the 20th-ranked Maccabees a commanding 48-22 lead over Manhattanville with 11 minutes remaining in regulation and sent the capacity home crowd into a frenzy.

YU’s defense set the tone for its 74-40 victory over the Valiants (17-9) on Sunday, securing the Maccabees’ (25-3) third Skyline Conference championship in the past four seasons and an automatic berth in the NCAA Division III basketball tournament, known as “The Dance.”

“I think our guys were really locked in, in terms of what we were looking to take away, and it showed,” said YU head coach Elliot Steinmetz, of Woodmere.

YU limited Manhattanville’s passing in the first 20 minutes, and contested nearly every shot, leading 25-16 at halftime.

As it has done so often during the season, YU showed why it is a second-half team, as Turell (16 points) nailed a 3-pointer, junior swingman Matan Zucker (10 points, 7 rebounds, 2 assists, 2 steals) swished a shot and junior guard Ofek Reef (12 points) hit another one that put the Maccabees up 32-16 less than 2-1/2 minutes into the second half. Zucker was named the conference tournament’s Most Outstanding Player.

“We wanted them to play from behind,” said Leifer, a forward who had 8 rebounds, 5 assists and 3 points.

Yeshiva, seeded No. 3 in the Skyline tournament, stormed through it with three consecutive wins — 101-66 over SUNY Purchase in the quarterfinal, 89-62 over Mt. St. Vincent in the semifinals and the championship victory.

Leifer noted that after Yeshiva’s headline-making Dec. 30 home loss to nationally ranked Illinois Wesleyan University (now No. 5) and the end of the Maccabees’ 50-game winning streak, there was some tension in the locker room.

There were also conference losses to SUNY Farmingdale and St. Joseph’s College of Long Island, as well as the program’s first win over a nationally ranked team, when YU tagged then No. 5 University of St. Joseph, in Connecticut, with its first loss of the season.

“But we pulled it together and played our best game of the season when it counted the most,” Leifer said. “It wasn’t the best first half, but we closed it and we played defense, which we didn’t do so much the whole year.”

We Yeshiva “the flagship Jewish university,” its students and athletic teams represent not only the school, but also the Jewish people,” said President Ari Berman. “The people were excited being part of this event, because they knew it was more than just the school.”

The Maccabees basked in the glow of winning, collecting the conference trophy, taking part in the traditional cutting of the net and posing for photos with family and friends. After one season cut short by Covid and another only seven games long, Steinmetz wanted his team to take it all in.