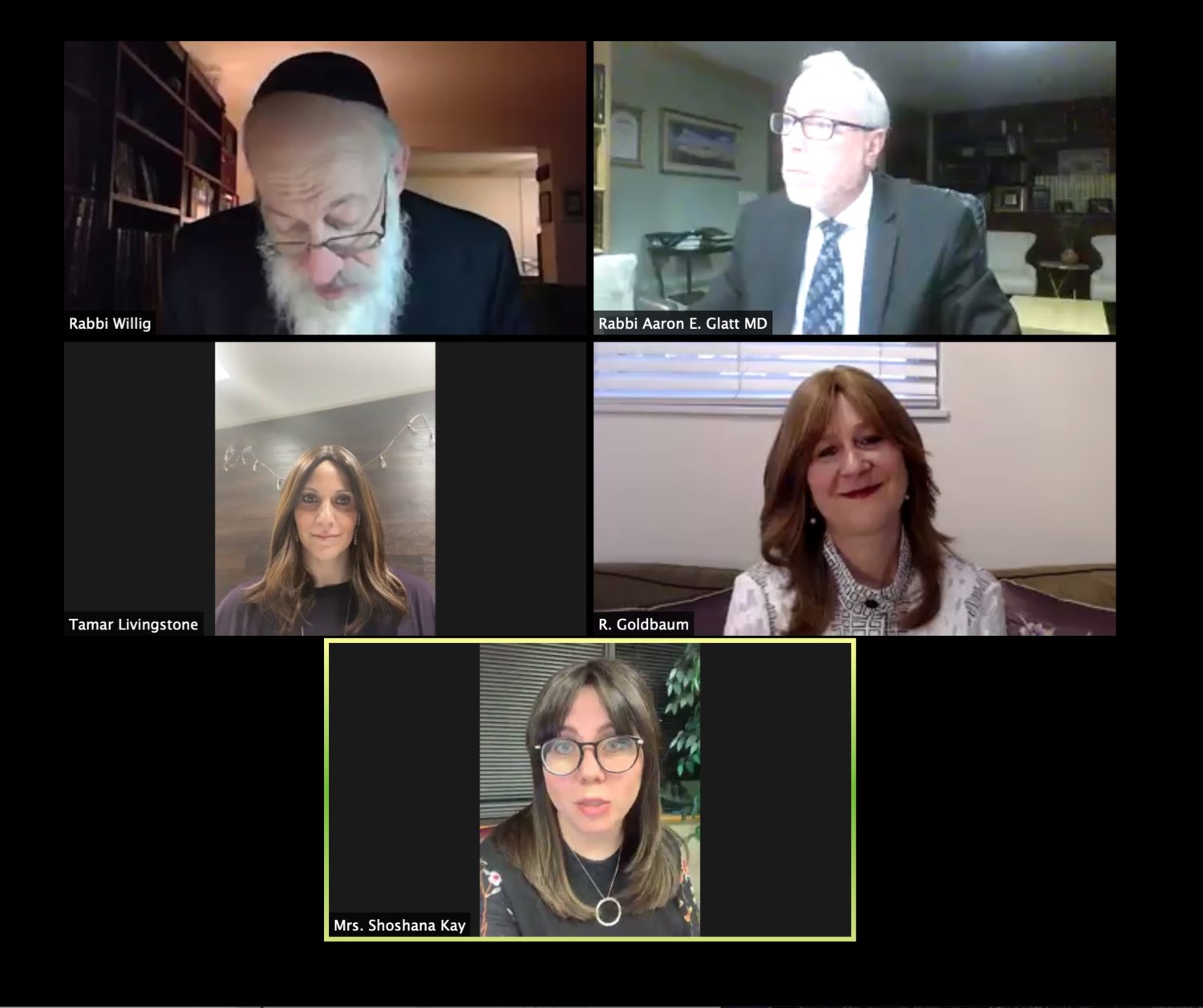 Women’s mikvahs are safe — and fear of COVID-19 should not block their use.

Five-hundred viewers heard this message during a webinar on Monday night hosted by Mikvah USA and My Gift of Mikvah. The event featured Rabbi Mordechai Willig, rosh yeshiva at Yeshiva University, and Rabbi Dr. Aaron Glatt, chief of infectious diseases and chairman of the Department of Medicine at Mount Sinai South Nassau and assistant rabbi of the Young Israel of Woodmere and Congregation Anshei Chesed in Hewlett.

“The CDC has clearly stated that pools — which will include a mikvah — do not pose any known significant threat of transferring COVID-19,” said Dr. Glatt, who emphasized that he’s “not aware of a single case that even suggested COVID-19 transmitted from a woman going to the mikvah.”

“The likelihood of a woman catching COVID in the mikvah, with all the procedures that we’ve put into place, in the minimal time that they’re there, with the cleanings of the room, with the people wearing masks” is negligible, he said. “The exposure you are getting in the mikvah is far less than you are getting … standing in line at the supermarket.”

“The only theoretical risk is the regular social distancing  — what you do out of the mikvah” before and after immersing, he said.

Women are now being told to prepare at home and to leave the mikvah as quickly as possible after immersing, said Rochel Goldbaum, education director of My Gift of Mikvah.

“We’re not worried about the mikvah itself,” she said. “What we’re concerned about is just like you go anywhere else — you don’t want to be around the waiting room, the couch, the surfaces.”

“Zip in and zip out,” Goldbaum said.

“I’m so nervous to go to the mikvah,” a woman wrote in a question posed to Tamar Livingstone, LMSW. “What used to be such a joyous night is now filled with so much anxiety.”

Livingstone reassured the woman and urged everyone to “redefine our relationship with anxiety.”

“Think of anxiety as our friend,” she said. “When we’re feeling anxious, it’s there for a reason, to call our attention to something so that we can make a plan for how to handle it” — and with mikvah, women have at least seven days to plan.

Corona is a legitimate cause for anxiety — deal with it by seeking good advice, including medical and rabbinical advice, she said.

“It is considered essential spiritually to have our mikvahs open and so we’ll engage with them appropriately and responsibly,” Livingstone said.

Rabbi Willig reviewed some of the laws of mikvah.

He also stressed the safety of mikvahs in the current environment, but added that “if a woman, despite Dr. Glatt’s assurance that a mikvah is perfectly safe,” is still uncomfortable, “she may immerse in these difficult times in the ocean, no question about it.”

Someone who is ill may not go to the mikvah, he said, but may submerge in the ocean. The use of other natural bodies of water may be problematic and a rabbi should be consulted, he said.

Rabbi Glatt noted there are no assurances that men’s mikvahs are safe — and they’ve been closed — because of the close proximity of men in their facilities.

“Women going to the mikvah is much more personal and private — it’s a totally different setup,” he said.

Shoshana Kay, national program director of My Gift of Mikvah, moderated the webinar.