Our schools ace the publics in secular studies 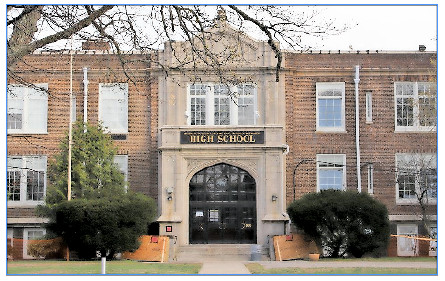 Students at HAFTR and other Jewish schools in the Five Towns are doing measurably better than public-school students on state Regents exams.
Christina Daly
By Jeffrey Bessen, Nassau Herald

Under rules set in November by state Education Commissioner MaryEllen Elia, New York’s private schools, including its Jewish day schools, are required to offer 36 hours of instruction in English, math, science and social studies each week. Failure to do so can result in the loss of state funding for textbooks, transportation and other items.

Around 115,000 children attend Jewish schools across the state, officials said. There have been issues with just a few of those institutions providing little or no instruction in secular subjects such. In April, state legislation moved oversight of Jewish day schools to the state Education Department from local education officials.

The Jewish Press obtained Regents test scores through a Freedom of Information Law request, and the numbers show that yeshiva students in New York, including the Five Towns, are outperforming their peers in public schools.

“Our guidance recognizes that parents have a right to choose nonpublic school for their child,” Elia said. “We want to ensure that all students receive the education they are entitled to under state education law no matter which school they attend.”

If a school is not in compliance, government money can be withheld, and students may have to attend another school or be declared truant. Initial reviews are expected to be completed by Dec. 15, 2021. School district officials are required to reevaluate the private schools every five years.

Rabbi Zev Friedman, dean at Rambam Mesivta and head of school at Midreshet Shalhevet, said he believes private school students are motivated to excel and have parents who provide strong support systems at home. “The interesting thing is that the yeshivas are able to excel on the state, Advanced Placement and SAT exams despite the fact that they have Jewish studies classes in the morning and secular classes in the afternoon,” Rabbi Friedman said.

“If you do the math, you’ll see that yeshivas are able to produce this course on less than 36 hours of college preparatory studies a week.”

Students at Mesivta Ateres Yaakov, in Lawrence, and the Davis Renov Stahler Yeshiva High School, in Woodmere, averaged 83.2 and 82.1 in Regents exams ahead of the Nassau County public school average of 77.5, and Yeshiva Ketana of Long Island, in Inwood, showed similar results.

Dr. Hillel Broder, general studies principal at Davis Renov Stahler, which, like Stella K. Abraham is part of the Hebrew Academy of Long Beach system, said that he had “full confidence in the excellence of achievement in general studies throughout the HALB system, and in the HALB high schools in particular.”

Rabbi Friedman said he hoped the motivation for the new guidelines was to benefit all students, but he thought the 36 hour requirement would limit some of the unique programs private schools offer. If the new rules are meant to ensure educational excellence, he added, then the focus should be on the reason or reasons that public-school students are scoring below their private-school peers.

“If private schools taught more math, science, English and social studies than they already do,” Rabbi Friedman said, “the gap between the scores between public and private schools would further increase, doing nothing to benefit the hundreds of thousands in public schools that should have the opportunity of a better education.”