Once again, a Jew is murdered in France 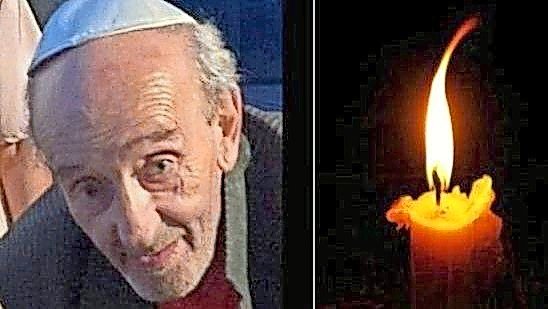 If the brutal death of René Hadjaj is to mark a sea change in the country’s approach to anti-Semitic crimes, the connections between hate speech and violence need to be analyzed and exposed.”
By Ben Cohen

The ugly truth about France is that Jewish people are not safe from anti-Semitic attacks even in their own homes. This has been proved time and again in the last few years, most recently in the city of Lyon.

The victim, in this case, was an 89-year-old man, René Hadjaj, who resided in an apartment building in the Duchère district in the northwest of the city. On May 17, Hadjaj, who lived on the second floor, was pushed to his death from a balcony on the 17th floor by a neighbor, purportedly a friend, whom he apparently visited regularly.

Almost immediately, the police in Lyon ruled out the possibility of an anti-Semitic motive behind the brutal murder of a man known locally as “Tonton René” (“Uncle René”). The swiftness of this announcement infuriated French Jewish activists countering anti-Semitism, among them the Paris-based National Vigilance Bureau (BNVCA), which began researching the social-media profile of the accused killer, 51-year-old Rachid Khechiche, a Muslim of Algerian background. Sure enough, a search of his Twitter feed revealed an unhealthy interest in the sayanim conspiracy theory.

In Hebrew, the word sayan means “assistant.” According to the promoters of the theory, influential Jews around the world have been secretly recruited to serve Israel’s interests, including against the interests of the nations of which they are citizens, should the Jewish state so require. Like most anti-Semitic conspiracy theories, it seeks to depict the legitimate engagement of Jewish communities with democratic politics as the machinations of a secret and malicious cabal.

The initial findings of the Lyon police determined, however, that none of this was relevant. Hadjaj had met his grim fate following a “neighborly argument,” they said. The apparent eagerness with which the cops dispensed with the element of anti-Semitism brought to mind the greatest disgrace of French justice so far this century — the recusal from trial of the accused killer of Sarah Halimi, a Jewish woman who in April 2017 was savagely beaten in her own apartment and then, like Hadjaj, and then thrown to her death from a balcony.

Her murderer, Kobili Traoré, was a neighborhood petty criminal with a long police record who had begun flirting with Islamism. While he rained punches and kicks on his victim, he shouted the word Shaitan, Arabic for “Satan.” But Traoré was also a committed cannabis smoker, to the point that in April 2021, France’s highest court excused him from trial on the spurious grounds that his weed intake on the night of Halimi’s murder had rendered him temporarily insane.

“Now we can kill Jews with impunity,” declared Crif, the umbrella body representing the 500,000 Jews in France, following the court’s announcement.

In the hours and days that followed the news of Hadjaj’s murder, that statement rang with painful accuracy once again. But while there has been no let-up in the bestial violence that all too frequently distinguishes French anti-Semitism, it would appear that the Lyon prosecutor, Nicolas Jacquet, is unwilling to repeat the mistakes of the Halimi case.

Even prior to Traoré’s recusal, the Halimi family was forced to deal with unconscionable contempt on the part of the authorities. Police officers had arrived at the scene while Halimi was still alive, yet they made no attempt to stop her killing, fearing incorrectly that Traoré was an armed terrorist.

Then the media virtually ignored the case for weeks, worried that disclosures about Traoré’s actions would spark a wave of Islamophobia in the midst of a presidential election campaign. The judge examining the case did everything she could to keep Traoré out of the dock, including ignoring the advice of a psychiatric expert who examined the accused killer, finding him to be disturbed but perfectly capable of answering in court for his crime.

In a brief statement last week, Jacquet offered some reassurance that the appalling errors around the Halimi murder had been acknowledged. Confirming that “no investigative hypothesis” was being ignored in the Hadjaj case, Jacquet announced that the “judicial investigation is therefore now continuing on the count of intentional homicide on the grounds of the victim’s belonging to a specific ethnic group, nation, race or religion.”

The point here is not that someone should automatically be convicted of an anti-Semitic hate crime if they target a victim who happens to be Jewish: When it comes to Khechiche, there are clearly other aspects that need to be considered, such as his mental health and the nature of his relationship with Hadjaj, about which only flimsy details have been released so far. But what cannot be ruled out a priori whenever a Jew is attacked or murdered, especially in France, is the prospect that anti-Semitic hatred was the motive.

The Hadjaj investigation will hopefully throw much-needed light on how anti-Semitic ideology is transmitted in France, on social media, through personal interactions, in the mosques and in workplaces. Doing so would show how anti-Semitic ideas animate violence.

One of the writers quoted by Khechiche on his Twitter feed is Jacob Cohen, an obscure Moroccan intellectual of Jewish origin who enjoyed 15 minutes of fame a few years ago when he claimed that the Mossad, Israel’s secret service, was actively destabilizing Morocco. The Middle East Media and Research Institute has also documented Cohen’s promotion of Holocaust denial, quoting a speech he delivered in Rabat in 2019 in which he alleged that the figure of 6 million victims was invented at the Nuremberg Tribunal, before opining that “the anti-Semitism that the Jews suffered in Europe is not so inexplicable.”

If these are the ideas percolating inside a fevered mind like Khechiche’s, is it any wonder that deadly violence follows?

One of the main contributions of social media has been to normalize and formalize the vulgar anti-Semitic beliefs espoused by killers like Traoré, along with the murderers of Mireille Knoll, an 85-year-old Holocaust survivor who was stabbed and burned to death in 2018; the youths who took the Jewish Pinto family hostage in their Paris home in 2017; and the gang known as the “Barbarians” that kidnapped and murdered Ilan Halimi, a Jewish cellphone salesman, back in 2005.

If the brutal death of René Hadjaj is to mark a sea change in France’s approach to anti-Semitic crimes, the connections between hate speech and violence need to be analyzed and exposed.