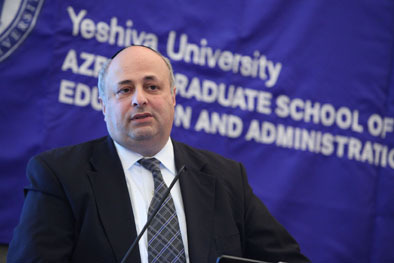 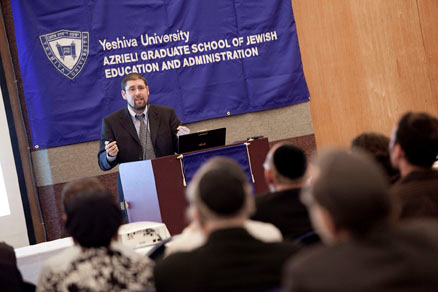 Almost all Jewish elementary schools are aware that sexual abuse is a problem and more than half have policies in place to deal with it. More significantly, nearly all of the school administrators that responded to a recent poll agreed that reporting abusers to authorities would not violate halacha. However, very few feel confident that they would recognize signs of abuse and report it. The Institute for University-School Partnership at Yeshiva University’s Azrieli Graduate School of Jewish Education conducted the poll of 135 North American yeshivas and day schools.

“Over 40 percent of schools surveyed responded to our questionnaire,” said Yitzchak Schechter, a psychologist who helped prepare the report.  “That’s over 35,000 students covered,” mostly at modern Orthodox schools, plus some charedi yeshivas and Conservative and non-denominational schools.

More schools than expected responded to the survey.

“This represents a tipping point in recognizing abuse in the community,” said Scott Goldberg, director of the Institute for University-School Partnership.

“About 100 years ago, Rabbi Yosef Shaul Nathanson wrote a teshuva (halachic responsa) on a male educator, accused of abuse, and he was asked about the degree of evidence,” said Rabbi Yona Reiss, dean of Yeshiva University’s Rabbi Isaac Elchanan Theological Seminary (RIETS). “Unlike other criminal actions in halacha, where people witness the crime, this crime occurs without witnesses.”

Citing Rabbi Moshe Isserles, the Rema, Rabbi Reiss said that under certain circumstances children could be admitted as halachic witnesses and that in a just legal system, criminal matters should be entrusted to the secular authorities, rather than to a beit din.

“We have a fundamental responsibility to provide a safe learning environment,” Rabbi Reiss stated. “Those causing irreparable harm ought to be eradicated from the community.”

Just over half of responding schools, 52 percent, have written policies and procedures on how to deal with reports of abuse; another 25 percent said they had oral policies. 18 percent conduct staff training about recognizing and responding to abuse. A minority of responding schools, 11 percent, saw no need for such policies. Only 38 percent of the administrators who participated in the survey said they had confidence in their local child protective services.

“It represents a great move forward,” said Schechter. “Training is happening in Jewish schools we sampled, but we don’t know the quality of it.”

Four out of five respondents, 80 percent, report behavioral signs as a primary means of identifying abuse but only 15 of the respondents felt that they or their staff could easily identify those signs.

The second most common method of identifying abuse, self-reporting by victims, was reported by 63 percent of respondents. 61 percent reported learning of an instance of abuse from friends of the victims.

Schechter is the director of the Center for Applied Psychology at the Bikur Cholim in Rockland County, and takes pride in his role as a bridge between authorities and the more insular Orthodox communities.

“Dealing with child protective services is necessary, and increased interaction can be effective.”

“It took time, and we don’t advertise. It’s all by word of mouth,” said Bikur Cholim Chief Operating Officer Aron Reiner. “We work with rabbis and receive referrals from rabbis.” The clinic presently holds some 15,000 sessions a year, with 60 percent of clients coming from “yeshivish” communities, Reiner said.

“We have a liaison relationship with the local child protective services, partnering with responsible professionals,” said Schechter, who has been tapped by YU to lead Project CARE (Comprehensive Abuse Response Education). The findings will be used to draft a standard program to train schools on identifying and reporting signs of abuse.

“The remarkable response to our survey from a diverse array of schools has provided us with a road map for the educational, clinical and policy work ahead,” said Goldberg.