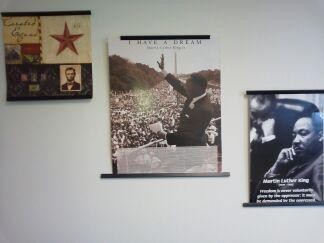 A wall in Jerry Joszef’s office 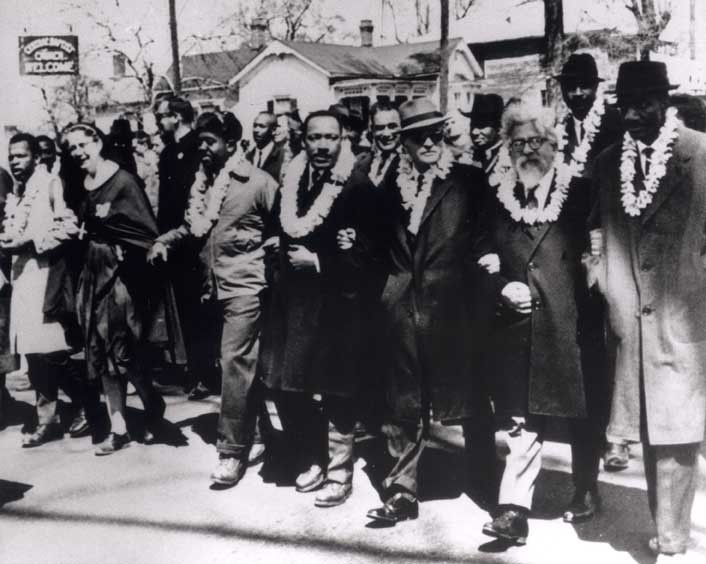 To: The Jewish Community

Re: Reflections On Martin Luther King And his Relationship To and Impact on the Jewish People

My earliest memories of learning Torah revolve around Avraham Avinuh, who has maintained his stature as one of my greatest and most cherished heroes.

The origin of my fascination, as best as I can remember, emanated from his riveting negotiations with Hashem on behalf of Sodom. As I recall, my elementary school Rabbi (at Yeshiva Rambam) highlighted Avraham’s greatness as related to his pleading with Hashem to save a people who were morally and spiritually distant and repugnant to Avraham’s value system.

Nevertheless, the Rabbi explained to us, that the significance of Avraham’s actions related to his compassion and empathy on behalf of all of humanity. Rabbi Joseph Soloveitchik’s depiction of Avraham’s actions and his analysis of Avraham’s impact on fundamental Jewish thinking, has profoundly enriched and influenced my understanding of the responsibility of social justice and respect for human dignity which the Jewish people must manifest in order to fulfill our existential responsibility in this world.

When Avraham defined himself as ”A stranger and a resident among you,” Rabbi Soloveitchik stresses, “Jewish concerns are not exclusively parochial. It is our duty to contribute our energies and creativity to alleviate the pressing needs and anguish of mankind and to contribute to its welfare.” Moreover, Rabbi Soloveitchik focuses on Jewish suffering as slaves in Egypt and concludes that our experience in slavery is, “To impress upon us the mitzvah of having compassion and sympathy for the oppressed in society...” He continues, ”Ours is a singularly ethical culture, which expresses itself through a heightened regard for human rights and dignity.”

Rabbi Marc Schneier, an Orthodox Rabbi and founder and president of The Foundation For Ethnic Understanding, authored Shared Dreams, which focuses on the relationship between Martin Luther King and the Jewish Community. Much of what follows is derived from this important work.

According to Schneier, ”No segment of the white community provided as much, and as consistent, support for King as the Jewish community.” He goes on, “The majority of those Jews who went south to help blacks or who demonstrated in their communities or gave money to the movement were neither rabbis nor adherents of Orthodoxy. It was just the opposite, in fact, most Jews who participated in the movement were the least religious of Jews”

As Schneier provides, “Orthodox Jews had limited interest in civil rights.” However, there was one notable exception, Rabbi Abraham Joshua Heschel. Heschel and King developed an inextricable bond and friendship based on the common commitment to social justice. In fact, Heschel marched arm in arm with King at the head of the Selma to Montgomery protest in March 1965.

Heschel told his daughter Susannah after the march, “I felt my legs were praying.” King expressed his appreciation of Heschel’s involvement: “Often I have seen religious leaders stand amid the social injustice that pervades our society, mouthing pious irrelevancies… But here and there we find those who refuse to remain silent behind the safe security of stained glass windows… He (Heschel) has been with us in many of our struggles. I remember marching from Selma to Montgomery, how he stood at my side...”

As expressed by Schneier, American Jews began protesting against the Soviet government’s discriminatory anti-Jewish policies commencing in the early 1960’s. Heschel embraced this important cause and so did King. King expressed his thoughts on the discrimination against Soviet Jews as follows: ”Injustice to any people is a threat to justice to all people… and I cannot stand idly by… and fail to be concerned about what happens to my brothers and sisters who happen to be Jews in Soviet Russia. For what happens to them, happens to me and you…”

Sadly, Schneier reflects on increasing black anti-Semitism, which deleteriously affected Jewish–black relations in the mid 1960’s. According to Schneier “Black radicals adopted a platform condemning Zionism. King forcefully expressed his outrage: “You declare that you do not hate Jews, you are merely ‘anti-Zionist’… when people criticize Zionism, they mean Jews… so know also this anti-Zionist is inherently anti Semitic, and ever will be so…”

The Torah reminds us that Hashem consecrated his covenant with Avraham because I know and love that he will command his children to keep the way of Hashem, to do righteousness and justice. In memory of Martin Luther King it appears appropriate for all of us to refocus on fulfilling this transcendent objective.