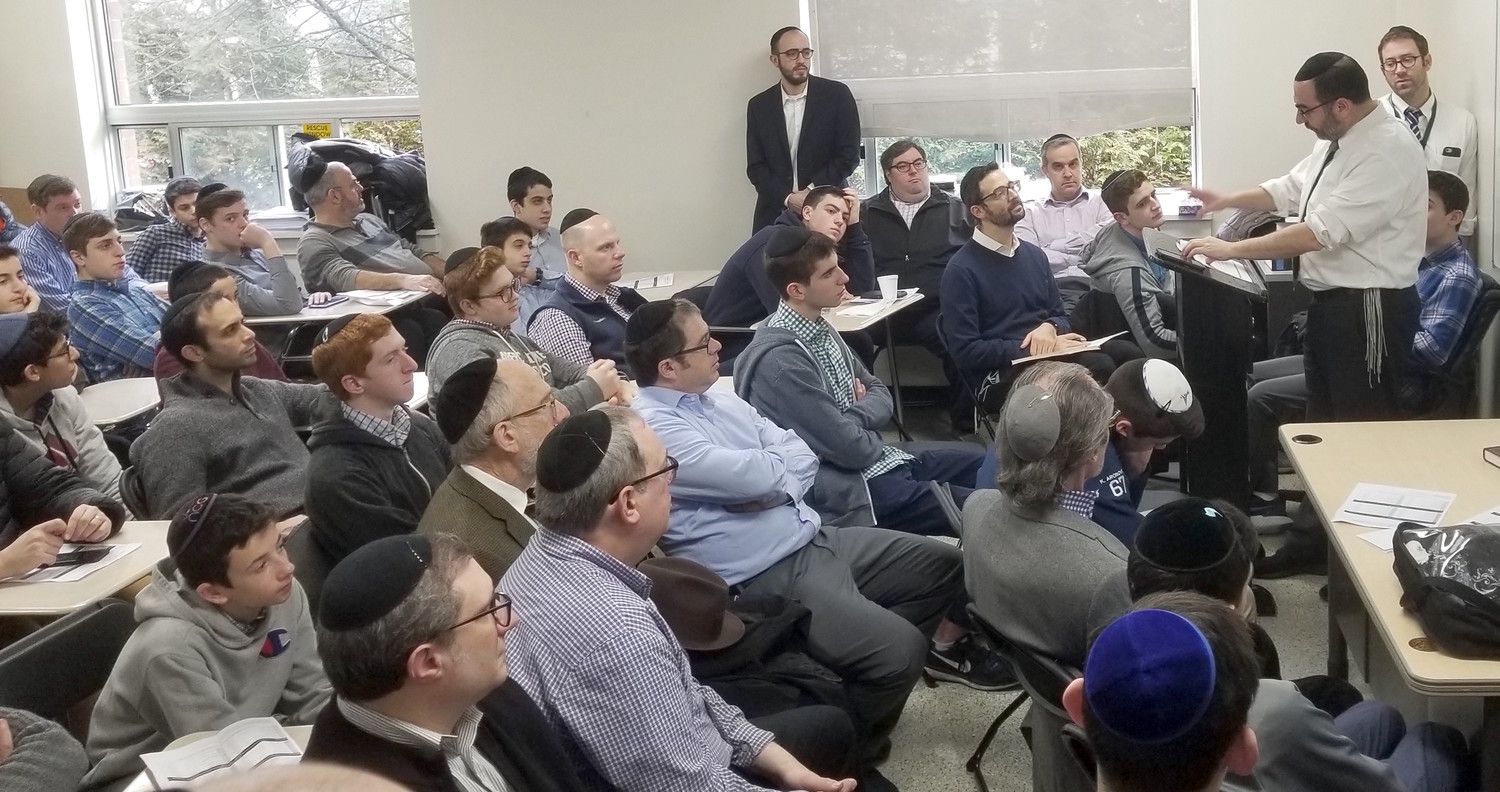 Students at DRS were joined by their fathers for a very special Yom Iyun on January 1st, run by DRS’s very own NCSY JUMP Team and titled, “Sanctifying Jewish Life in the 21st Century.”

The morning began with Shacharis, where fathers had the opportunity to daven with their sons. Before Ashrei, JUMP members addressed their respective minyanim about the goal of the day. Following davening, breakfast with cookies and pastries was served.

The first of two sessions began. Students and fathers — along with siblings, uncles, and grandparents — chose two thirty-minute shiurim of the options offered. Shiurim were delivered by DRS rebbeim on Kedushat HaZman: Making the Most of Every Moment, Kedushat HaDibur: Sanctifying our Speech, kedushat haguf, kedushat einayim, and other related topics.

The morning was rounded off by an inspirational keynote speaker, Rav Moshe Weinberger, the Mora D’Asra of Congregation Aish Kodesh. His address, entitled, “Kedusha: Is it Within our Reach?” left the audience uplifted and inspired.

“Today’s event gave us a platform and an opportunity to discuss inyanim which are seldom discussed in the classroom/educational setting,” said JUMP captain and DRS senior Yaakov Fuchs. “It is our hope and our goal to start a kedusha movement; nobody is ever too young to strive for a real connection with Hashem.”

NCSY JUMP (Jewish Unity Mentoring Program) is a nationwide program that inspires high school students to become future leaders of the Jewish people. Each participating school’s team is challenged to create unique and inspiring programs for their community. This year’s JUMP Team, run by captains Yaakov Fuchs and Dovi Flug and assistant captain Dylan Broder, and mentored by Rabbi Ephraim Polakoff, chose to focus on the topic of kedusha, specifically areas of kedushas haguf and kedushas einayim which are not addressed in the educational setting. JUMP is tackling the issue head-on.

The DRS JUMP Team plans to roll out a kedusha curriculum soon and has scheduled a Yeshiva League Shabbaton for the first week of March, which will focus on the same topic. The team is also continuing last year’s tefillah publication, Avodah Sheb’leiv. DRS’s initiatives allowed it to win the NCSY JUMP National Championship last year. With programs like the Yom Iyun, the JUMP team hopes to defend its title and, more importantly, inspire Jews in the Five Towns and in communities around the country.