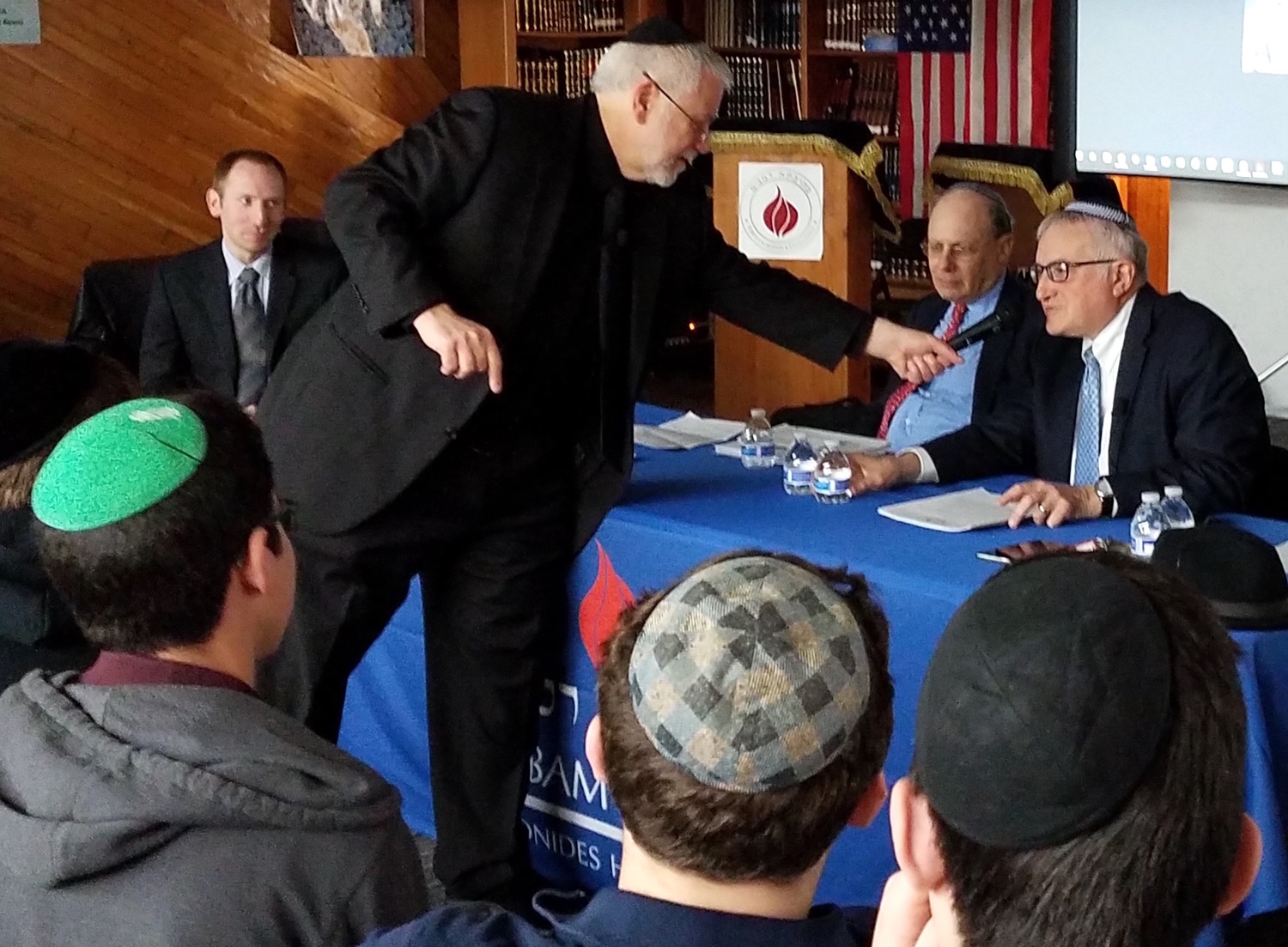 Rabbi Yotav Eliach (at right) is greeted at the launch of his book, “Judaism, Zionism and the Land of Israel." 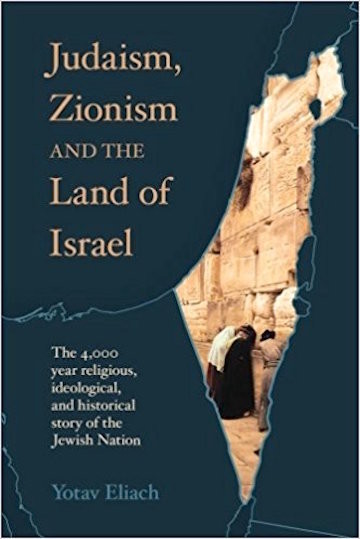 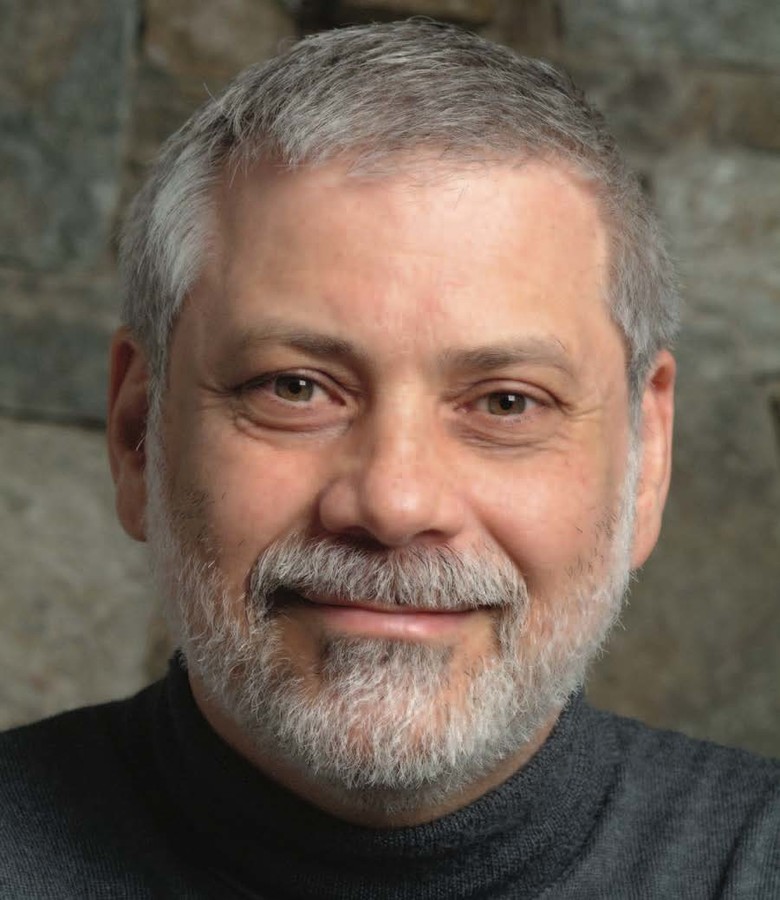 For decades, Rabbi Yotav Eliach, principal of Rambam Mesivta High School in Lawrence, has accumulated his teachings, writings, and those of many other scholars and rabbinical authorities, tracking the history of Israel. His mission was not just to chronicle the dispossession and repossession of a people, as Walter Laqueur did in “A History of Zionism,” but to go beyond.

Rabbi Eliach completes the circle and ties in the religious component— spiritual Judaism itself. The result is a massive and incisive tome, “Judaism, Zionism and the Land of Israel” (Dialog Press, 733 pages), designed to bridge the intellectual space between Israel’s cultural, political, intellectual, diplomatic, juridical, and historical pillars. Skillfully and doggedly, Rabbi Eliach weaves in the Biblical and Talmudic quintessence that laces it all together.

The work spans the millennia between Abraham’s covenant with G-d right through the fiery 20th century and into the modern, post-Oslo era. In this compilation, G-d is a much a factor as are turning-point wars, crumbling international agreements, and fractious diplomacy. G-d is written about as a real and all permeating force, an ipso facto that functions as the alpha and omega of the story, dwelling above all events.

The Divine is a part of the Israel equation that many modern commentators do not emphasize. But Rabbi Eliach magnifies the role of the L-rd, intertwined with those of skillful diplomats and brave warriors, from the perspective of a believer, as one who walks in the aura of understanding that too many analysts in the secular world circumvent.

Many, regardless of religious rigor (myself included) assisted Rabbi Eliach in the pursuit of his literary quest, admittedly in a world and an era where such books may not be welcome.

For example, the estate and publishers of the late, great historian Martin Gilbert allowed Rabbi Eliach to republish many of Gilbert’s treasured and classic maps in this volume. Alan Dershowitz, who famously argued for the Jewish State in “The Case for Israel,” endorsed Rabbi Eliach’s book with a back cover blurb:

“The case for Israel must be made anew in every generation and to every audience. … Rabbi Eliach has been making the case to generations of high school students. Now he brings his insights and experience to a general public that is desperately in need of history and current realities.”

Four of Long Island’s most distinguished rabbis planned to assemble at Rambam Mesivta on May 7 for the book launch — Rabbis Heshie Billet and Shalom Axelrod of Young Israel of Woodmere, Rabbi Kenneth Hain of Congregation Beth Sholom, and Rabbi Moshe Teitelbaum of Young Israel of Lawrence Cedarhurst. The revered Rabbi Elie Abadie, a leader of the Sephardic Jewish community, opened up his Manhattan East Synagogue for the book’s Manhattan launch. StandWithUs added its name to the endeavor and gave logistical support for his book launches.

What began on a typewriter in the 1980s was finally completed on a computer only earlier this year. In an unusual publishing move, the book has been released simultaneously in 17 countries.

At a time when Jewish and Israeli history is being battered by revisionist theories and alternate narratives amplified by hate groups, Judaism, Zionism and the Land of Israel cements the centuries together in one binding that will be a compelling fundamental resource for Jews, Christians and anyone seeking a factual platform to gather atop, from where they can peer far back and far forward.

Edwin Black is the New York Times bestselling author of “IBM and the Holocaust.” He can be found at www.edwinblack.com.