It’s a very big deal — Something only Trump could do 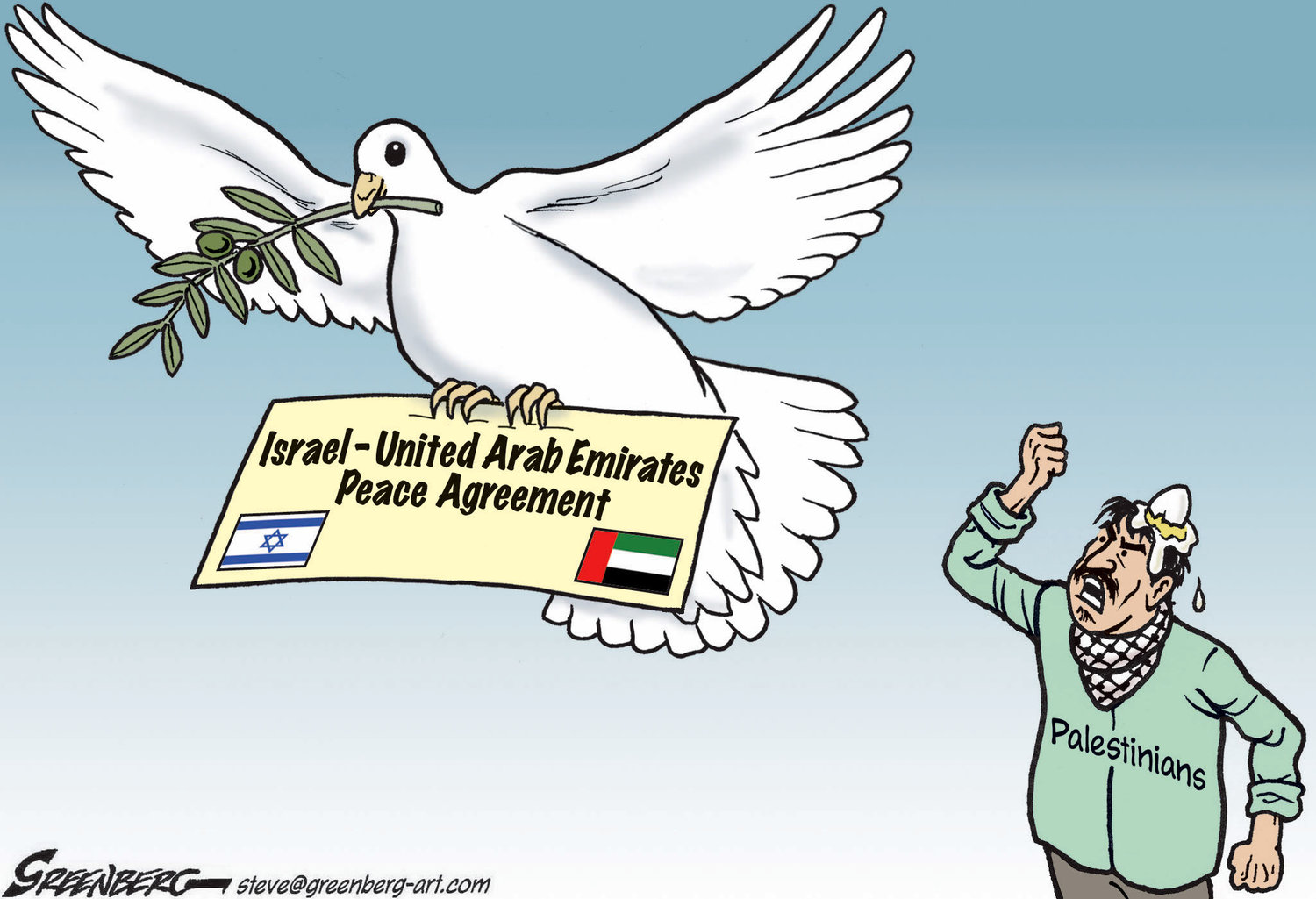 Palestinians are shocked and angry.”
By Jeff Dunetz

The peace agreement between the UAE and Israel could only have been negotiated with the involvement of President  Donald Trump. It could have never happened under the previous administration, whose hatred of Israel and Jews resulted in an Israeli mistrust of anything Obama (whose deal with Iran and lack of follow-through on his threats to Syria similarly resulted in the Gulf States’ lack of trust in the Obama administration).

The Trump administration thought outside of the box to make this deal. The supposed peace experts of previous administrations had always bloviated that no Arab country would ever formalize ties with Israel before a Palestinian state was created.

Trump correctly calculated that the moderate Arab states were tiring of the Palestinians’ refusal to try to make peace. Thus, the UAE peace deal was ripe for negotiating. True, the two countries were not at war, but it’s still a big deal as Israel and the UAE have never had normalized diplomatic relations or trade.

The UAE is only the third Muslim country in the region to have relations with Israel (the other two being Egypt and Jordan). Unlike other agreements, this one is not “land for peace,” it’s peace for peace.

As expected, the Palestinians are shocked and angry, but they dug their own hole with their refusal to participate when Team Trump was creating its outline for peace announced at the end of January 2020.

Why did the agreement happen?

•The leaders of both countries, Crown Prince Mohammed bin Zayed and Bibi Netanyahu, are close to President Trump on a personal basis.

•Trade will benefit both countries, which are the two strongest technology economies in the region.

•While UAE is not at war with Iran, there are disputes over who owns some of the islands in the Persian Gulf. UAE is nervous about a nuclear Iran as well as Iran-funded Hezbollah. Trump’s policy of pressuring Iran convinced UAE that the US is serious about controlling Iran’s terrorist and nuclear ambitions.

•Having as allies the US and Israel will put more pressure on the rogue regime in Tehran.

•Israel and UAE have been dealing with each other using back-channels.

•This deal provides a foundation for further advances toward regional peace in the future. Israel understands this, and just as importantly, other moderate Gulf states understand this. Bahrain welcomed the UAE-Israel, stating, “This historic step will contribute to strengthening stability and peace in the region.” Bahrain will probably be the next country to make peace with Israel. Further, when Qatar was awarded the next World Cup tournament, it said that Israel would be welcome to send its team to compete.

•UAE can say it stopped Israel from “annexing” Judea and Samaria, even though it’s a temporary move. The memo issued by the three parties says, “Israel will suspend declaring sovereignty over areas outlined in the Trump’s Vision for Peace and focus its efforts now on expanding ties with other countries in the Arab and Muslim world.” (Notice the memo says suspend, not abandon. In fact, when Netanyahu spoke to Israel, he said that both Trump and he reiterated their commitment to the Trump peace plan — and plan that provides for Israel control of Judea and Samaria.)

President Trump has been working on Arab/Israeli deals since he visited Saudi Arabia in May 2017.

In a conference call with reporters on Thursday, Jared Kushner said, “There is a good chance that another country could make a deal with Israel in the coming days.” He also said (jokingly?) that there were other Gulf states upset that they were not the first.

On the same call, Ambassador Friedman said, “In the diplomatic world, there is no higher echelon than peace.”

Friedman also stated that this deal “does not in any way require Israel to cancel the idea of Israeli sovereignty [over parts of Judea and Samaria, or the West Bank, and the Jordan Valley] but to suspend it.

“It is very difficult to go down these two roads at once. We prioritize peace above everything else. It is a suspension, not a cancellation of the sovereignty issue. It is just a question of what you feel to be the most important, and I think that we can all agree that peace is above all else.”

More by Jeff Dunetz at LidBlog.com.