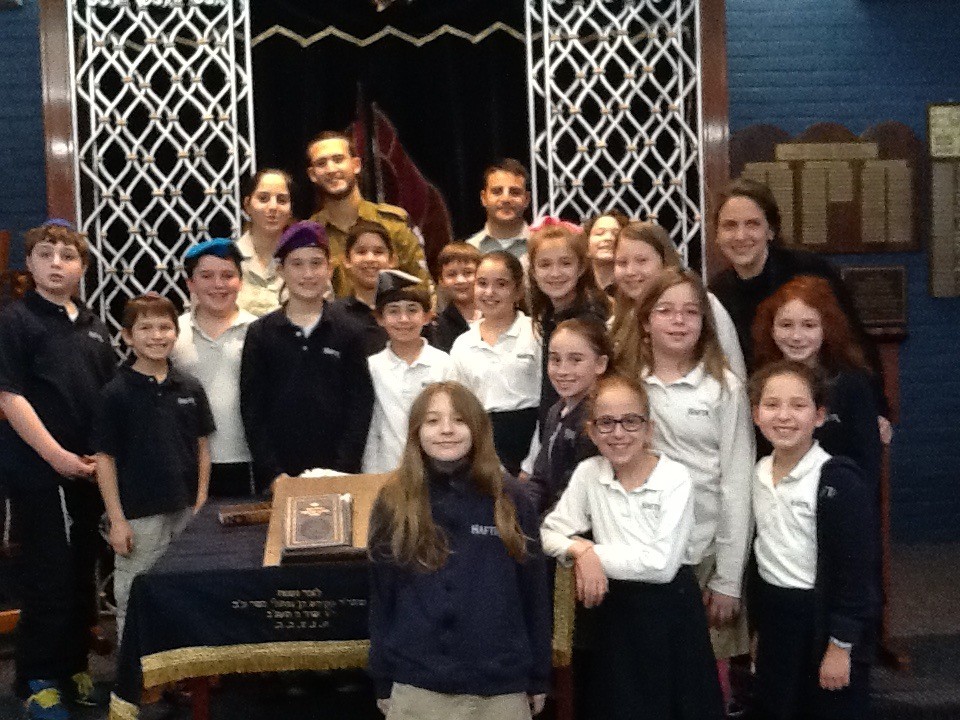 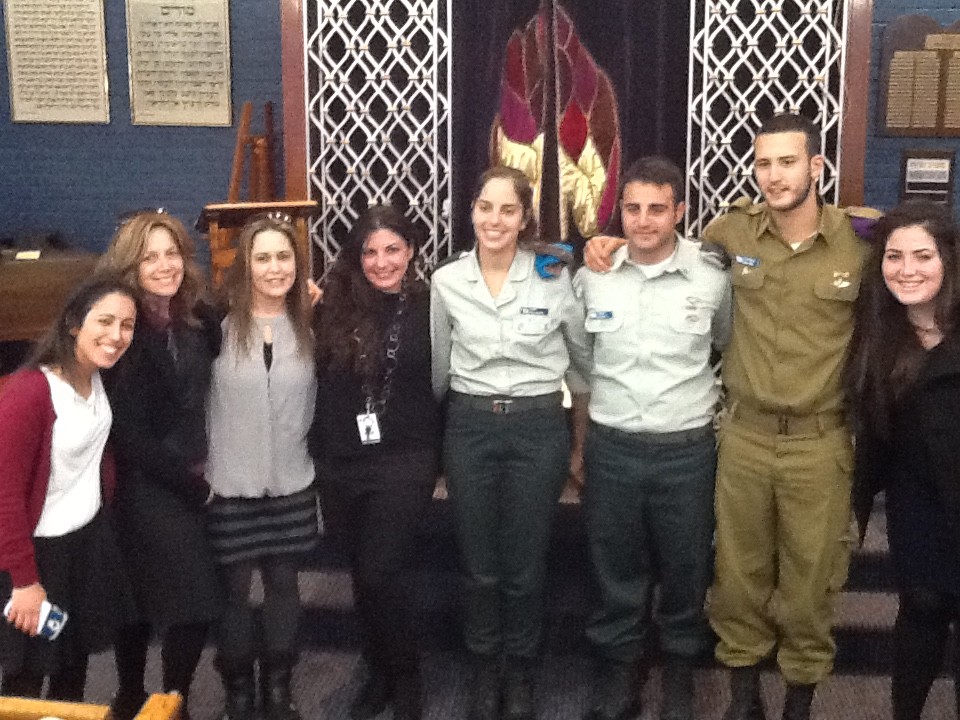 Israel is very much a part of HAFTR’s curriculum, where learning, teaching, speaking, thinking and breathing Eretz Yisrael takes place throughout the year.

This week, in lashon, fourth and fifth grade students learned — in Hebrew —about the different divisions within Israel’s army. They gained insight into the daily life of a soldier and compared it to a Jewish American growing up in the Five Towns.

Morot Tali and Einav mesmerized students with their personal experiences in the army. Some students shared artifacts of family members who served in the army — Emanuel Avidan brought the Tanach his father was given upon entering the army; Daniel Berkovich wore his father’s beret.

At the end of the week, three soldiers, affiliated with FIDF (Friends of the Israeli Defense Forces) visited with students. Sohar, Sapir and Efrat, our chayalim and chayelet, gained the respect of the students as they described their dedication and sacrifice to our homeland.

Holding the berets of the chayalim was a highlight. Students took turns asking questions in Hebrew.

The guests were impressed with the derech eretz and warm welcome that they received.

Fifth grade student Corey Listman commented that “it was special that the soldiers came all the way from Eretz Yisrael, our Holy Land, where they protect our brothers and sisters. It put a face to a soldier. It made it real.”

Ruthee Rosner, another fifth grader, wrote in her journal: “May Hashem protect our new friends, Sohar, Sapir and Efrat, all the Chayalim and all of Am Yisroel.