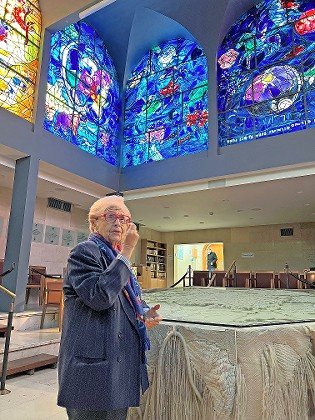 The virtual event, which will be livestreamed between 8 and 9 pm New York time, will feature:

•A performance by the internationally known Israeli-American duo Yonina, whose blend of Jewish, non-Jewish, secular and religious songs has earned them millions of fans around the world.

•Footage of the inaugural 15K run between Hadassah’s east and west Jerusalem hospital campuses to symbolize their reunification.

•A video presentation about a key event in the hospitals’ history, the massacre during Israel’s War of Independence in 1948 of 78 doctors, nurses, students, patients and guards who were part of a convoy bringing critically needed supplies to the Mount Scopus hospital.

“Yom Yerushalayim occupies a special place in the hearts of Jews all over the world, including the 300,000 members of the Hadassah community,” said Smolow. “Hadassah and Jerusalem: United Forever is a chance to celebrate this historic event and the inspiring work of our two hospitals.”

For a link to the livestream, visit bit.ly/3lG0MCw