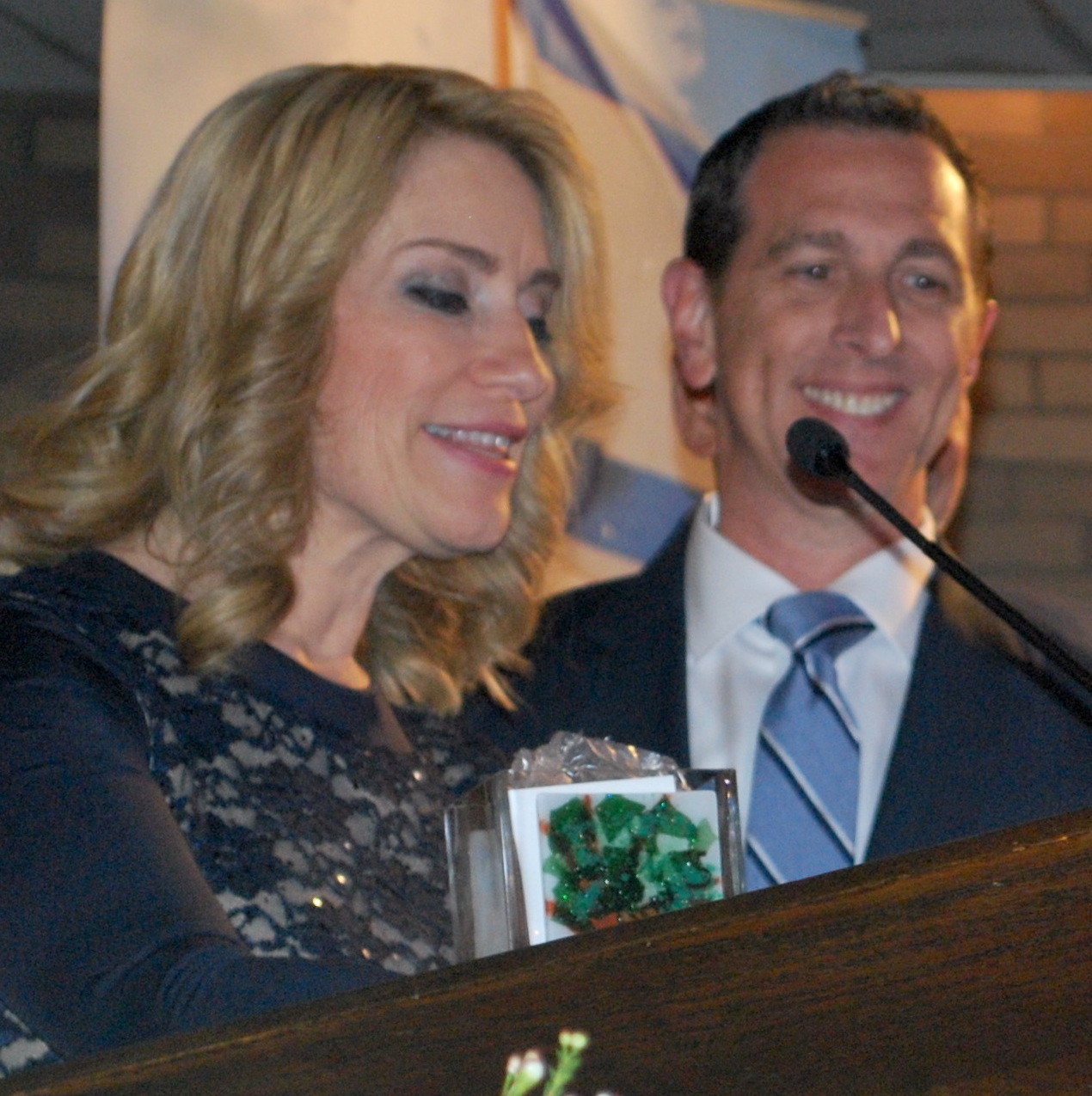 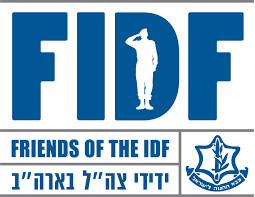 Previous Next
By Jeffrey Bessen

On July 21, the Salomon family in Halamish, in Samaria, was enjoying a Shabbos evening when a man brandishing a knife and yelling in Arabic broke into their home and killed Elad Solomon, his father Yossi and sister Chaya. Elad’s wife, Michal, hid her four children in a room upstairs. As her mother-in-law was about to be attacked, a man who heard the screams ran into the house and shot the knife-wielding man dead. That was IDF Staff Sgt. E. (name withheld because of security concerns).

“It is a great honor to be here next to him,” Michal said, as she and E. stood at the lectern in the Sephardic Temple at FIDF’s sixth annual Friends of the Israel Defense Forces Five Towns and Greater South Shore Community Event on Nov. 8.

“I felt I had to act professional and calmly,” E. said. “I am an IDF soldier 24 hours a day.” The nearly 400 people in attendance observed a moment of silence in honor of the three family members killed last summer.

Staff Sgt. (Res.) Sharon, a sharpshooter in one of the world’s only co-ed combat infantry units, showed her heroism in two incidents — one in 2012 and one this year — in which she and other soldiers killed terrorists who killed IDF soldiers.

According to the FIDF, 33 percent of IDF soldiers are women, and 51 percent of those women are IDF officers.

Coming from a troubled upbringing, Staff Sgt. Rino recounted how the IDF helped get him on the right track. His background included not having a father, being abused by his mother, living with a great-grandmother, then an uncle, and being abandoned and living on the streets at 14 with no direction. He joined the IDF at 21, and earned his high school diploma.

“We touch real people,” said Ben Brafman, a high-profile criminal defense attorney and resident of Lawrence who has served as the emcee for the sixth consecutive year.

“It takes a lot of courage to do what you did,” he said in addressing the three IDF soldiers.

Brafman appealed to donors to double their contributions. Roughly $300,000 was raised. The money will be used to build a shul for the Amirim battalion in the Israeli Negev.

Rabbi Arnold Marans and his wife, Zipporah, were presented with the FIDF’s Keeper of Israel Award. He was the founding rabbi of the Sephardic Temple.

Woodmere residents Adam and Sharron Cohen, who have two sons serving in the IDF, received the Protectors of Israel Award. One of the sons accompanied his parents to the event.

“We are proud to be honored by the FIDF,” Zipporah said. “We are so happy to be supporting this wonderful organization,” Sharron said. “We pray for peace every day,” Adam said.

The FIDF offers programs and services to the “lone soldiers” — personnel who do not have immediate family in Israel — serving in the IDF.