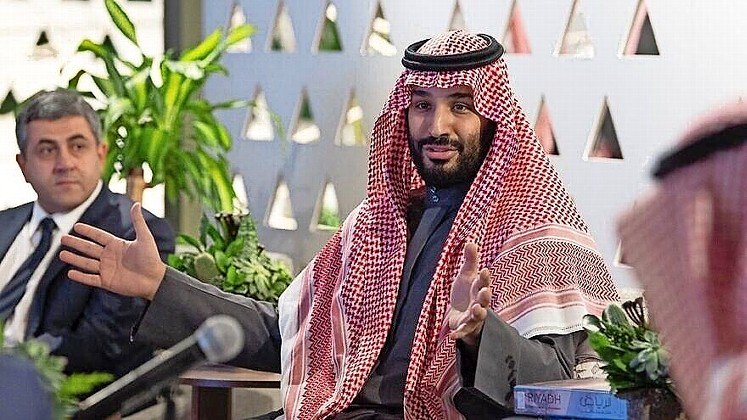 Having the US led by a president who cannot be relied upon to oppose the deadliest threat to stability in the region creates a problem to which there is no obvious solution.”
By Jonathan S. Tobin

The decision of an American president to visit the Middle East has always been seen primarily through the lens of its impact on efforts to solve the Israeli-Palestinian conflict. That is not the case with President Joe Biden’s planned trip next month to Israel, the Palestinian territories and Saudi Arabia.

With inflation and the price of gasoline skyrocketing, Biden’s priority should be to increase Middle East oil production. In recent years, many Democrats have become ardent opponents of the US-Saudi alliance, finding Riyadh’s admittedly egregious human-rights record to be intolerable even as they downplayed or ignored the equally terrible if not worse actions of Iran. But with the American economy teetering towards recession and Washington needing the Saudis to help offset the impact of sanctions on Russia for its invasion of Ukraine, Biden is going to have to swallow his pride. Though he had vowed to make Crown Prince Mohammed bin Salman — the country’s de facto ruler — an international pariah, the president will now have to resurrect what’s left of his old glad-handing skills to get the Saudis to help him out of this fix.

The fact that the international sanctions on Russia seem to have hurt the United States more than the authoritarian government of Vladimir Putin is ironic but no joke. Despite military setbacks and Europe uniting to cut Moscow off from the international economy, Putin has doubled down on his determination to continue his illegal and brutal aggression, meaning that no end to the fighting and the rising toll of civilian casualties seems to be in sight. What’s worse, Russia appears to not have suffered too badly from the sanctions with the ruble becoming the best-performing currency, gaining value against both the Euro and the US dollar, during the course of the war. While the world has been hoping that the embarrassing performance of the Russian military and economic isolation would lead to Putin’s fall, that much-desired outcome doesn’t appear to be a possibility.

That means that America’s Ukraine policy, while rooted in a justified desire to oppose aggression, seems to be turning out to be as much of a disaster as Biden’s catastrophic retreat from Afghanistan or his inability to curb inflation or deal with supply chain crises.

That’s where the Saudis, and the other Gulf emirates and the oil-producing nations of the OPEC oil cartel that Riyadh dominates, come in. OPEC has already promised to increase oil production this summer and is expected to do so again in the fall. Yet those announcements haven’t yet had any impact on the price at gas pumps in the United States, which are ascending to record highs while also increasing the price of everything else that American consumers buy.

Since they are desperate to change the subject of coverage from gas prices and economic folly, Biden officials are spinning the trip to the New York Times as more about security than economics. There’s some truth to this claim. The problem is that it betrays the basic contradiction at the heart of Biden’s Middle East policy.

While the economic blowback from Biden’s undeclared war to save Ukraine from Russia is causing problems, his other foreign-policy obsession — a revival of former President Barack Obama’s 2015 Iran nuclear deal and efforts to achieve a rapprochement with the Islamist regime — is looming over his upcoming trip.

In Israel, Biden will meet with Yair Lapid, who, with the collapse on Monday of the coalition he led with Naftali Bennett, will be interim prime minister until new elections are held. Lapid and Bennett spent the last year trying to convince the Biden foreign-policy team to abandon efforts to revive a nuclear pact with a rogue Iranian regime that has stonewalled repeated American attempts to bribe them with new concessions. Both Israel and the Saudis would like Biden to draw the appropriate conclusions from Iran’s flouting of the International Atomic Energy Agency’s efforts to monitor their nuclear progress and change course by toughening sanctions against Tehran.

Iran is showing its contempt for the international community and how little its promises not to build a bomb mean by digging a new tunnel network to house new nuclear facilities that would be less vulnerable to bombing attacks. That has added to the fears about its increased uranium enrichment, which seem to be the prelude towards a possible nuclear breakout.

Rather than this serving to stiffen Biden’s spine, it has only increased fears that he will respond to Iranian provocations with new concessions that will allow it to become a nuclear threshold state while not suffering any penalties for doing so.

That is the context for a trip that will, at least on the surface, be part of an attempt to convince the Israelis and the Saudis that the United States is still committed to their security.

If the administration was really committed to stopping Iran, then it would be increasing its efforts to expand former President Donald Trump’s Abraham Accords to other Arab and Islamic countries to shore up a regional alliance against Tehran.

Hopes that the Saudis will swap their under-the-table alliance with Israel for a full-fledged normalization are probably misplaced. As the self-styled guardians of the Muslim holy places, the odds that the Saudi regime — whose legitimacy is rooted in its own peculiar brand of religious extremism — would ever fully embrace the Jewish state are slim and none. But as they did in 2020 when the Trump foreign-policy team made the first real breakthrough for peace in a generation, their acquiescence to other countries normalizing relations with Israel is key.

But Biden’s disinterest in widening the circle of peace is painfully obvious. His priority is keeping Israel and the Saudis from taking any actions that will undermine his hopes of a new deal with Iran, which means that it would be extremely foolish for either Jerusalem or Riyadh to place much trust in any assurances the president offers to them.

That is a painful dilemma because as much as the Saudis can flirt with trying to come to some sort of arrangement with Iran and its terrorist proxies, that isn’t a viable option since Tehran will never be satisfied until the Saud dynasty and its allies are overthrown. Nor can Israel look elsewhere for help. Both an isolated Russia and a China bent on expanding its own malign influence in the Middle East are bad actors that have no real sympathy or common interests with the Jewish state.

So, while the Israelis and the Saudis combine to present an Iran still seeking regional hegemony as well as nuclear status with a formidable foe, having the United States led by a president who cannot be relied upon to oppose the deadliest threat to stability in the region creates a problem to which there is no obvious solution.