EU’s subversion of Israel is the real story 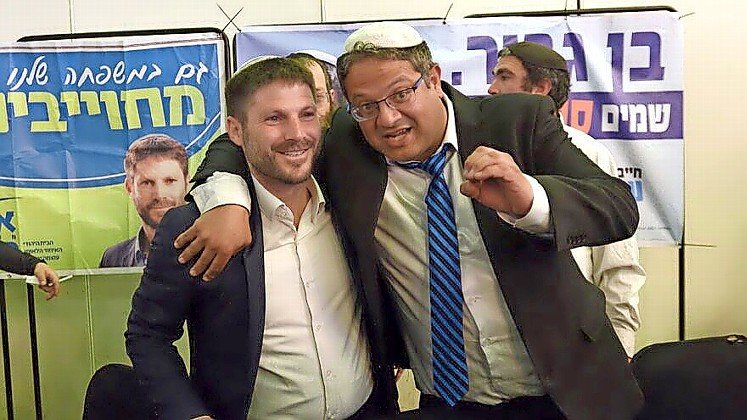 While concerns about the extremism of Smotrich, Ben-Gvir and Maoz are justifiable, the people they most resemble are the Maccabees.”
By Melanie Phillips

Liberal Jews in both the Diaspora and Israel have been hyperventilating over the “extremist” ministers in the incoming government headed by Israeli Prime Minister-designate Benjamin Netanyahu.

These are the rabble-rouser Itamar Ben-Gvir, the theocrat Bezalel Smotrich and the ultra-socially conservative Avi Maoz.

With Netanyahu insisting that he will keep these three on a short leash, the rational position is to judge this government on what it actually does rather than wildly denouncing these men on the basis of their previous behavior.

But are liberal Jews capable of anything other than hysteria when it comes to people they have damned as beyond the pale of humanity itself? Are they able to judge these individuals in accordance with demonstrable evidence?

Take, for example, Smotrich. He opposes a Palestinian state, maintains that only Israel is entitled to settle in the disputed territories of Judea and Samaria and claims that the Palestinian Arab agenda is to drive the Jews from the land. He has accordingly been accused of supporting an illegal land grab and anathematized as a Nazi.

Yet now information has surfaced that shows Smotrich is all too correct about the Arab strategy in the disputed territories — and that this strategy is being promoted by the very sort of people who denounce him as an extremist.

Last week, Israel’s Channel 13 revealed that a document drafted by the European Commission in eastern Jerusalem proposed helping the Palestinian Authority secretly take control of land in Area C — which is supposed to be under full Israeli control according to the Oslo Accords — and suggested using left-wing NGOs in Israel for this purpose.

The document, probably drafted in June, said the EU should map the land to “prove” Palestinian Arab rights in the disputed territories, as well as violate local land-planning law, without leaving any trace of its activities.

The document also called for “following and monitoring Israeli archaeological activity in the area,” claiming that this was being used as a pretext for settlement building in Judea and Samaria.

What this really means is that the EU wants to stop these excavations because they are consistently uncovering indisputable archaeological proof that the Jews are the indigenous people of the land.

By saying it wants to “prove” Palestinian rights to the land, the EU revealed its true intention: to fabricate an entitlement that doesn’t exist. The only people with a legal, historical and moral claim to the land are the Jews.

But the most important thing the EU document revealed is the sustained attempt by the Palestinian Authority and the EU to erase that unique Jewish claim via illegal construction.

As the Gush Etzion Council Head and Chairman of the Yesha Council Shlomo Ne’eman said: “Every week the State of Israel loses large areas, every day dozens of illegal homes are erected, roads are broken up and paved at significant points as part of an organized strategic plan. European governments are actively working to revise the borders of our country. In years past, this would be grounds for wars between nations.”

For his part, Smotrich said: “The blatant involvement of the European Union in the Palestinian Authority’s efforts to establish facts on the ground and unilaterally establish a de facto Arab terrorist state in the heart of the Land of Israel is unacceptable, contrary to international law and incompatible with basic rules of diplomacy in relations between states.”

Who could argue with that? He is correct. The EU has been caught bang to rights.

While liberals scream that Smotrich is intent upon illegal “annexation,” it’s actually the EU and the Palestinian Arabs who are stealing land to which the Arabs have no entitlement.

As the international lawyer Professor Eugene Kontorovich has observed, the Palestinian Authority and the EU are rapidly annexing areas surrounding Jewish towns in Judea and Samaria. “The proposed policies of the [prospective Benjamin Netanyahu-led] coalition in Area C are not about changing the status quo — they are the bare minimum to preserve it,” he said.

Yet none of this is news to those who have been paying attention.

The NGO Regavim has been raising the alarm over this for years. It has also been warning of similar activity in the Negev, with the spread of illegal Bedouin settlement and associated lawlessness, including the systematic theft of IDF weapons and ammunition. This too is being funded and encouraged by the EU

Last February, Alan Baker, a former legal adviser to Israel’s Foreign Ministry, wrote for the Jerusalem Center for Public Affairs that an EU directive to mobilize and activate “national and international stakeholders through ad-hoc influencing actions on land rights to challenge the Israeli planning and permit regime in Area C” was deliberately encouraging the Palestinians to defy and undermine Israel’s authority there, which runs counter to the Oslo Accords.

“The EU cannot maintain the status of ‘witness’ to the Oslo Accords while at the same time systematically undermining those Accords and encouraging the Palestinians to violate them,” Baker wrote.

The implications are astounding. The EU is in effect helping the Palestinians build a state in Judea and Samaria. It is also helping the Bedouin illegally carve up the Negev in a further dire threat to Israel’s security.

Yet few have paid this any attention. Israeli governments have ignored it because they have chosen not to open up yet another front against the Western diplomatic consensus. And that consensus dismisses as a “right-wing extremist” anyone who has the audacity to suggest — entirely correctly — that the Arabs have no legal rights to any of this land.

Indeed, a principal reason Smotrich and Ben-Gvir have gained power is that so many Israelis are utterly appalled at the way successive governments — including those led by Netanyahu — have ignored this growing threat to Israel.

Now this is out in the open. The EU can no longer pretend it is merely contributing to Palestinian “civil society.” Yet even now, there is no mention of any of this by the Western mainstream media. In Britain, the BBC has instead been busy fomenting yet more anti-Israel feeling by telling its audience that Netanyahu has finalized “the most extreme right-wing government in Israel’s history.”

Similar denunciations by Israel’s outgoing leftist prime minister, Yair Lapid, have been fueling hysteria in the West, not least among liberal-minded Diaspora Jews.

These have been heard describing the yet-to-be-formed Israeli government as “horrific,” and have already been blaming Israel for putting them in danger as a result.

Now the EU has been engulfed by revelations of a corrupt relationship with Qatar, the sponsor of Hamas and mortal foe of Israel. While details are still unfolding, this axis isn’t surprising. There’s a nexus between the universalism embodied by the EU and the desire to bring down Israel, the nation state of the most particularist culture in the world.

And it’s no coincidence that the majority of British Jews, who in 2016 voted for the UK to remain in the EU partly through their ludicrous belief that universalism actually protected them against antisemitism, have also swallowed many of the lies about the Palestinian cause — and, like their liberal American counterparts, are now clutching their pearls over Smotrich, Ben-Gvir and Maoz.

While concerns about the extremism of this trio are justifiable, the people they most resemble are the Maccabees. They were Jewish religious zealots who fought the Hellenized Jews because the Hellenizers were adopting Greek universalist precepts and, as a result, taking a wrecking ball to Jewish practices such as circumcision and Shabbat observance.

But the Maccabees fought and defeated the Jews’ Greek oppressors. While being rightly excoriated for violent extremism, the heroes of the Hanukkah story saved the Jewish people from tyranny.

It may be that today’s Maccabean Three are channeling Jewish history once again.