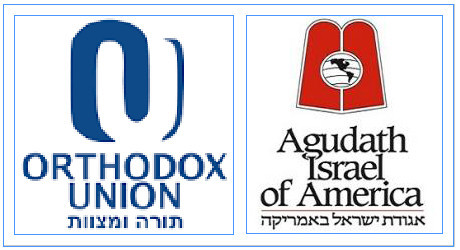 “In July 2015 … we noted that Iran was a rogue state that had fomented terror and destruction throughout the Middle East and had vowed the annihilation of Israel. Nothing in JCPOA had required, nor instilled confidence, that Iran would renounce these activities and objectives.

“And, indeed, the regime still adheres to its goals of terror and bloodshed. … As these concerns and realities continue, we commend President Trump for withdrawing the United States from the JCPOA. … At the same time, we believe that an effective agreement with Iran is not beyond reach and we encourage the President to do everything in his power to renegotiate the pact so that it will truly live up to its original promise and serve the best interests of peace. …”

“The ZOA is thrilled President Trump kept yet another campaign promise in ending the catastrophic Iran deal which I painfully believe President Obama instituted to strengthen the Islamic Republic of Iran’s ability to harm Israel. This deal essentially guaranteed Iran a pathway to nuclear weapons. … We urge President Trump to make clear that if Iran doesn’t end its nuclear weapons program, allow inspections of all sites that might be suspected of involvement in nuclear weapons-related activities, and stop developing intercontinental ballistic missiles, he will be compelled to consider US military action and quite possibly support Israeli military action as well.”

“President Trump’s decision to withdraw from the Iran nuclear deal is both historic and heroic, and we applaud him for his refusal to continue making concessions to a rogue regime who repeatedly calls for the destruction of the United States and Israel. This fatally flawed agreement, which should never have been signed, is a sweetheart deal for Iran which allows the world’s primary state sponsor of terrorism to merely put their nuclear program on hold while receiving a substantial windfall in the form of billions of dollars in unprecedented sanctions relief.”

“We hope that a more comprehensive arrangement with stricter compliance rules, a prohibition against the development of long- and short-range ballistic missiles, any weaponization program, and, of course, human-rights violations will become a reality. Sanctions targeting banking and energy sectors of the Iranian economy should be imposed,” said Executive Vice Chairman Malcolm Hoenlein.

President Trump’s decision to allow sanctions to go forward is an “unmistakable message to Iran and its allies that its very real threats against the United States and all other free and democratic nations in the world will not be tolerated.”

“The Orthodox Union commends President Donald Trump for his decision today withdrawing the U.S. from the Iran nuclear deal,” said OU President Mark (Moishe) Bane.”The President has long recognized the flaws of the JCPOA and has followed through today with the correct action. We will support the President’s coming actions to bring true and lasting security to the Middle East and beyond.”

“Alongside the nuclear threat we do not, for a moment, forget the arms race Iran is leading on our borders, and we follow the developments closely and responsibly in order to protect the security of our citizens.”

“Israel fully supports President Trump’s bold decision today to reject the disastrous nuclear deal with the terrorist regime in Tehran. … The removal of sanctions under the deal has already produced disastrous results. The deal didn’t push war further away, it actually brought it closer. The deal didn’t reduce Iran’s aggression, it dramatically increased it.”

“We recognize that there are significant differences over this decision. AIPAC remains committed to working with Congress and the administration in a bipartisan fashion to forge policies that will ensure Iran can never acquire a nuclear weapons capability or realize its dangerous regional ambitions.”

“B’nai B’rith is encouraged that the president recognized the deal’s many weaknesses. We urge our European partners to join the United States in pressuring Iran to curb its nuclear activity.”