Communities near Gaza grow despite terror 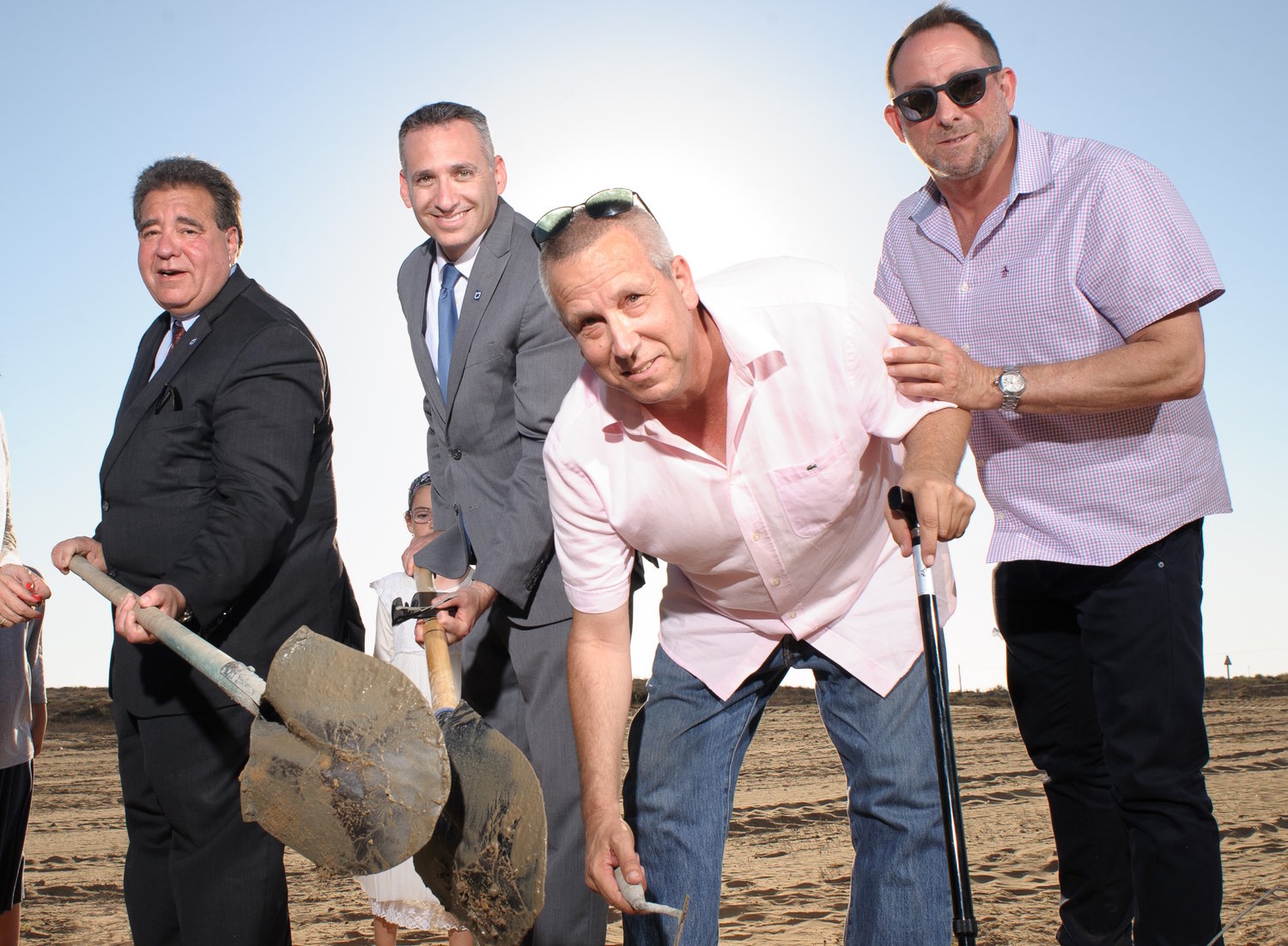 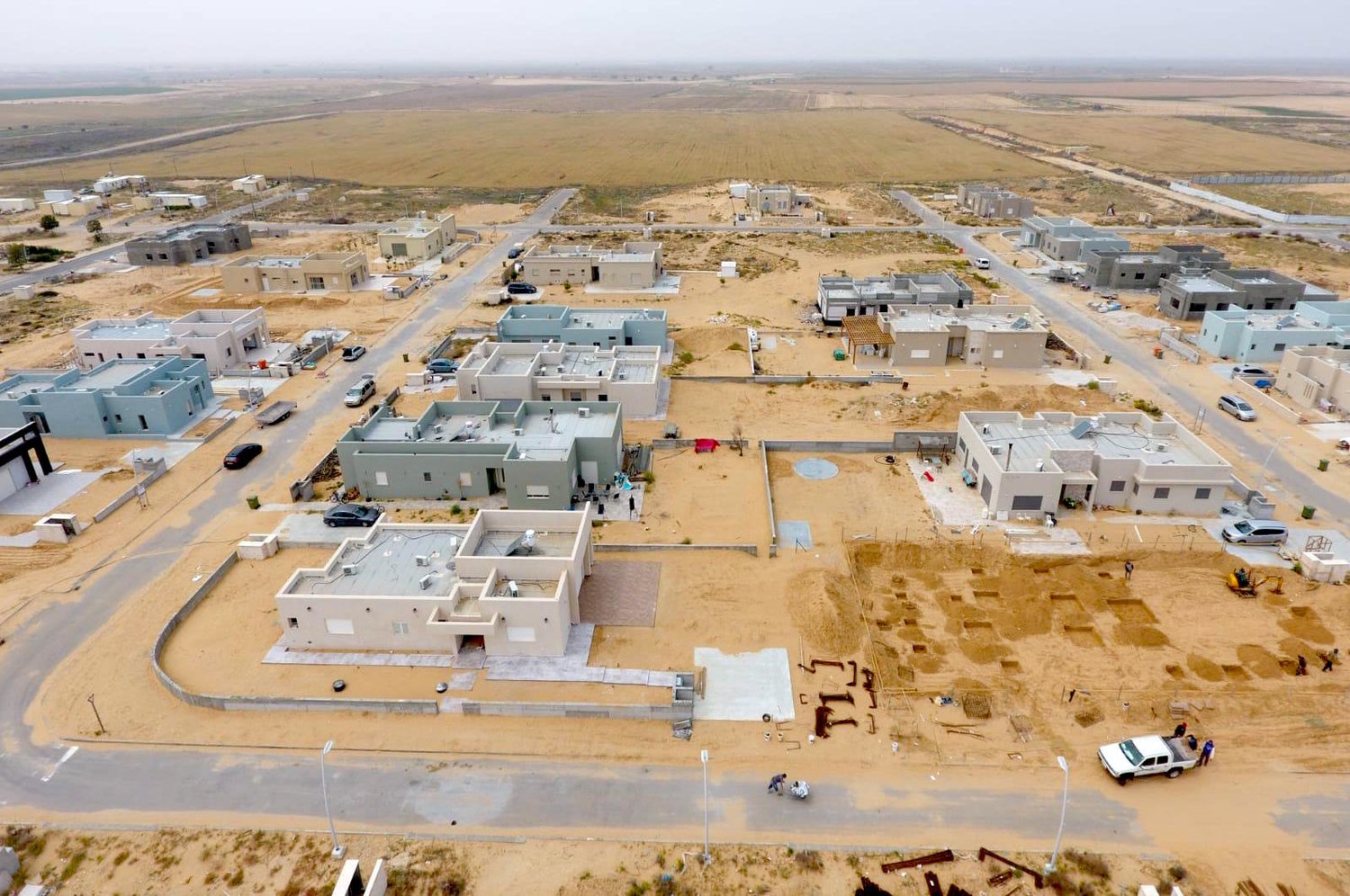 Aerial photo of new neighborhoods being built in the Halutza communities of the Gaza Envelope.
JNF
Previous Next
By Eliana Rudee, JNS

During times of tension and violence between Gaza and Israel, international media tends to focus primarily on the latest destruction and deaths, especially in Gaza, compared to the deep psychological consequences of war. “If it bleeds, it leads,” as New York Magazine journalist Eric Pooley once said.

But even rarer than dialogue regarding long-term social consequences of violence is post-conflict discourse of the economic consequences of tensions and terrorism. In the context of the recent economic growth of Israel’s Gaza Envelope region, rockets represent a serious challenge — not only to the physical and emotional well-being of families in the area, but also for the economic well-being of the region.

Over the past year, the Gaza Envelope population has increased, and with it, positive signs of economic growth. Despite the threat of spillover from the Palestinian March of Return on the Gaza border that has taken place nearly every Friday for a year, in that same time frame more than 50 families have relocated to the Gaza Envelope area — 20 to the Kerem Shalom border community alone. A new mayor was elected in Sha’ar Hanegev, Ofir Libstein, whose platform and vision focuses on boosting economic growth in the region. Several hundreds of new housing developments are being built in Sderot and the surrounding communities, and new businesses have emerged to diversify the local industry.

Clearly, the communities in the Gaza Envelope are seeing the fruits of their focus on economic development.

But while they have spent the past year moving forward, when tension increases — as the communities witnessed in the most recent bout of Palestinian rockets in March — the region’s businesses are often thrown back into disarray. Rockets introduce various challenges to continued economic growth, especially for the shipping and manufacturing industries that are common in the south.

“Security issues and red alerts have a negative impact on regional economic development,” said Ofer Maimon, CEO of Eshkol Regional Enterprises Company and Manager of Avshalom Industrial Park. He told JNS, “There is a problem with transportation when there are red alerts; meetings are cancelled because nobody wants to drive on the roads.”

“Businesses in the region already experience challenges being far from infrastructure, and then when you add snipers and bombs to that, we see a negative impact,” he added.

Even so, Maimon has witnessed the growth of communities and companies in the region, as well as business cooperation with those companies, “not just as a charity case, but as a good business decision.”

Similarly, according to Itzhak Oppenheim, American expat and owner of a medical-device factory in the Gaza Envelope, economic growth in the region increases by 5 percent to 7 percent every year — double the rest of the country’s growth rate of about 3 percent. He described what the region was like five or six years ago: “the American equivalent of Wyoming, with a lot of sand, dust, and some agriculture, but not much beyond that.”

But in the last year, Oppenheim told JNS, he has seen startups moving to the region, including a food-technology company, a brewery, and a medical-device research and development center.

“I have seen a tremendous influx of employees moving here seeking economic opportunities, to continue the Zionist vision and [seek] a better quality of life here than in Tel Aviv,” he maintained, noting that there’s high demand to live in the Eshkol region, with a waiting list for many of the moshavim and kibbutzim (communities reminiscent of Israel’s pioneering, agricultural and close-knit communal beginnings).

Oppenheim moved from Jerusalem to B’nei Nitzarim, a community fewer than 15 kilometers (10 miles) south of Gaza, because of the higher quality of life and actualizing his “Zionist vision” of “making the desert bloom by living somewhere where nobody has lived,” he said, recalling his “sand driveway” when he moved in.

“And now we have the best park in all of Israel,” he said, referring to the HaBsor National Park — a green point and source of attraction for tourists in the northern Negev, planted by the Jewish National Fund, the Israel Nature and Parks Authority and the Regional Council.

Amid the economic opportunity, quality of life and fulfillment of the Zionist vision, Oppenheim acknowledged that there are many challenges living and owning businesses in the region.

“Kites, riots and rockets grate on us,” he said. “If I haven’t slept in two days because my house has been shaking, my kids won’t sleep at night, so I don’t sleep. I can show up to work, but I won’t be very productive,” he explained.

With trauma caused by the rockets, he continued, sometimes his employees’ children don’t feel well, and instead of going to school, the parents will bring the children into work.

“This also economically impacts a business from a productivity standpoint,” he said. “[As] a small-business owner with a heart and living in the area, I try to understand my employees’ struggles and let them come in on a flexible schedule.”

To improve quality of life during difficult times, Oppenheim also mentioned contributions from the government and organizations like JNF that promote growth and jobs in the area.

“I spend a lot of time on the road, and at every bus stop, there’s a bomb shelter,” he said. “When I see someone being paid to paint the bomb shelters, I not only see that my employees will be more comfortable driving on the roads and knowing they’ll be safe, but I also see regional opportunity and growth.”

Yedidya Haroush, JNF liaison for Negev community development, observed similar regional economic growth, challenges and motivations after moving to the Halutza community in the Negev. According to Haroush, his community — largely comprised of families relocated from Gush Katif, Haroush’s included — has grown since late 2009, thanks to a partnership with JNF. With the vision of “helping people and providing jobs,” the projects have “allowed us to build a state-of-the-art medical center, schools, synagogues, kindergartens, a community center, music and arts center and a farming incubator.”

Living on a triangle border with Egypt and Gaza, Haroush says that the nearby communities were founded and built “knowing that the threats are there.”

Similar to Maimon and Oppenheim’s assessment, Haroush maintained that border violence “threatens businesses, hurting the economy because of lower production [since] drivers and shipments won’t risk being on the roads that are exposed [to rocket fire].”

When this occurs, Haroush told JNS, people in the region band together as a community, raising money between friends, taking out loans and seeking government compensation when businesses are impacted. As the regional liaison, he encourages nearby communities to continue their vision of being the “pioneers of the 21st century, building the periphery to do something meaningful for the country,” as well as the practical goal of building the Negev “for the next generation that won’t be able to afford to live in the center of Israel.”

He also encourages business and kibbutzim in the region to work together to diversify economically, so that if one market experiences challenges, the entire region isn’t affected as much as it would be if the entire community’s economy crashed.

According to Haroush, this mindset and resilience to adversity through community-building can act as a model for other peripheral communities in Israel and beyond. “In the time of ‘i’ this and ‘i’ that, we understand that it’s actually about the community — the people of Israel — and not about the ‘i.’ Once you understand that,” he said, “you’re able to achieve big things.”