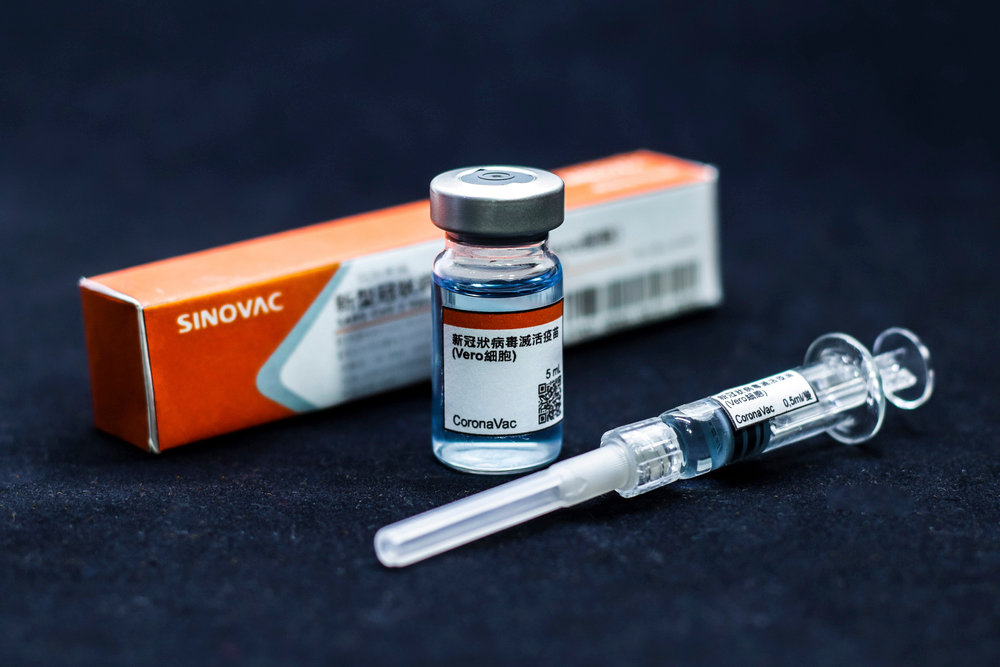 As countries step up their COVID-19 vaccination campaigns, the politics around vaccines has intensified. For Israel, which has become a world leader in vaccinating its own population, its reliance on Western-developed vaccines — specifically, the Pfizer-BioNTech vaccine — has created friction with global powers such as Russia and China, as well as some of its regional partners.

China’s vaccine diplomacy in the Middle East has placed Israel in a complex spot, an Israeli specialist on the relationship between Beijing and the Middle East told JNS.

On the one hand, Israel is not using China’s vaccine, noted Roie Yellinek, a non-resident scholar at the Middle East Institute and a research associate at the Begin Sadat Center for Strategic Studies. This means that Beijing is not allowing Israelis to enter its territory without quarantine since Chinese authorities do not recognize the Pfizer and Moderna vaccines.

On the other hand, Jordanian, Egyptian and citizens of the United Arab Emirates who received the Chinese vaccine are not recognized as being inoculated by Israel, and so require quarantine or special approval to enter Israel.

“Israel will need to find a solution to this soon in order to restart movements between the countries, especially with neighboring countries and the UAE,” said Yellinek.

“To a great extent, one can say that China succeeded in turning the focus away from the fact that it ‘exported’ the pandemic to becoming a source for a solution to the problem, and mainly so for all of the places that the West has ‘forgotten,’ including Africa and weak states in the Middle East,” he stated.

Russia’s main motivation in this context has been to demonstrate that it, too, can manufacture a vaccine like the United States and China, according to Yellinek. Moscow has fully achieved this objective, he added.

“Russia has been able to push Israel into purchasing its vaccine product and pass it on to Syria, meaning that Russia has received an ‘approval certificate’ from the Israeli system,” said Yellinek.

In an essay he co-authored in the Washington-based Middle East Institute with Eckart Woertz, director of the Germany-based GIGA Institute for Middle East Studies, Yellinik wrote that “vaccine diplomacy, or the use of vaccine supplies as a tool of soft power projection, has entered the political dictionary.”

“China and Russia have sought to enhance their influence in the Middle East and North Africa (MENA) region with a number of high-profile vaccine deals,” the essay stated.

The Chinese Sinopharm vaccine forms the cornerstone of vaccination campaigns in the UAE and Morocco, while Turkey is receiving the Chinese Sinovac vaccine.

“Sinopharm has also made inroads in Egypt, Bahrain, Iraq and Algeria. The Russian Sputnik vaccine has been distributed in the Palestinian Territories, Syria, Iran, the UAE and Egypt,” said the authors.

However, Chinese vaccines have proven to be less effective than those developed by Western companies, such as Pfizer and Moderna. China’s vaccines are found to be around 50 percent effective, while Pfizer has been estimated to be around 94 percent.

Meanwhile, the mRNA vaccine of BioNTech-Pfizer is already used in the more “Western-leaning” countries of the region such as Israel, the Gulf states, Tunisia, Lebanon and Jordan, but apart from Israel (which cut a deal early on), supplies are still limited, as much of the production is allocated to the United States and Europe at this stage.

Israel announced on Monday that it has closed an agreement with Pfizer to purchase millions of additional vaccine doses for the country in 2022 — a major step as Israel works to achieve herd immunity, while also providing for future shots for children or booster shots.

In regards to Israel’s own vaccine, Yellinik said that it was “difficult to understand why Israel is continuing to develop a vaccine when efficient vaccines are already on the market in general and in Israel specifically. However, if there will be a need for continued vaccination in the future — and this is not a one-time affair — the effort is understandable.”

He added that if Israel reaches the position of being able not only to develop but also to manufacture large quantities that are sufficient for the local population and for export, it could further consolidate its position in the region by offering its vaccine to central regional states, even if through an indirect transaction.

Israeli expert: We must learn to live with Covid