Who's in the Kitchen 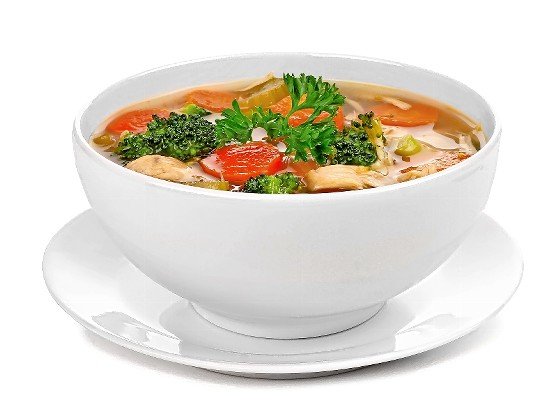 A chicken in every pot, getting up with the chickens, chicken out, running around like a chicken without its head — and let’s not forget chicken soup!

Chicken soup has been called the “Jewish penicillin.” The 12th-century Jewish physician, Rambam, started the chicken soup-as-medicine trend when, in his book, “On the Cause of Symptoms,” he recommended the broth of hens and other fowl to “neutralize body constitution.”

While no single culture can claim it as exclusively its own, Jews and their chicken soup maintain a particularly close relationship.

Research has been conducted that supports the notion that eating chicken soup can relieve the symptoms of the common cold in an anti-inflammatory manner, but its curative powers remained somewhat unclear, until some doctors started to do research on it.

Dr. Stephen Rennard is one such doctor.

His experiment to test the effects of chicken soup as an anti-inflammatory agent has been widely accepted for its unequivocal evidence. The targeted cells were neutrophils, a type of white blood cell involved in the inflammatory response immune system. These cells are responsible for phagocytosis (consumption) and destruction of foreign bodies or antigens.

In his experiment, Rennard demonstrated how the ingredients in his “Grandma’s” chicken soup recipe inhibited the activity of neutrophils. I also found some interesting facts to back up the curative powers of chicken soup.

Amino acid released from chicken during cooking chemically resembles the drug acetylcysteine, prescribed for bronchitis and other respiratory problems. The onions added to the soup have anti-inflammatory properties that help sore throats and help stop the movement of neutrophils. The steam you inhale as you sip the hot soup helps clear up congestion. And the spices added to chicken soup, like garlic and pepper, work the same way as modern cough medicines, thinning mucus and making breathing easier.

Perhaps future scientists will discover some miraculous benefits of the matzoh ball.

OK, so maybe our grandmothers and moms were right about the chicken soup, but did we really have to have Vick’s VapoRub spread on our chest when we were kids? The active ingredients consisted of camphor, menthol and eucalyptus oil, yuck. It wasn’t bad enough that we were sick and stuck in bed, but we had to have that “gook” on our chests with a towel over it to make sure none of the vapors escaped — of course had we listened to our moms and stayed out of the “draft” we wouldn’t have gotten sick to begin with, right?

The memories I have of being home, with swollen glands, running around the house with a scarf tied around my neck and a woolen beret on my head to keep the draft away. Was I sick or a French artist? It seemed all ailments could be blamed on a draft. Stiff neck, sprained shoulder, cold, flu, sore throat, virus of any kind — it was the draft that caused it.

Wait, it could have also been going out with wet hair or barefoot, not just in the winter, in the summer as well. It’s actually amazing that Americans have dodged death all these years and that the American race itself has not yet been extinct. All of you with parents or grandparents of European origin know exactly what I’m talking about.

•The earliest evidence of making soup was in 6000 BCE…And guess what kind of soup it was? Hippopotamus!

•In the 1700s, apparently the French King was so enamored with himself that he had his royal chefs create a soup that would allow him to see his own reflection in the bowl. As a result, consommé (clear broth) was born.

•Thin soups became all the rage in Europe during the 17th century, when the spoon was invented to accommodate the giant ruffles that people wore around their necks.

And my favorite: ”The only thing chicken about Israel, is their soup.” Bob Hope.

1 small sweet potato (don’t peel, as it tends to fall apart when peeled)

1 medium green squash cut in half

3 cheese cloth bags to hold the ingredients, so you can lift them out easily and nothing falls apart. After cooking I lift the bags out. I throw out the bag with greens, and save the chicken and vegetables to be served along with the soup.

In another bag, place the dill, parsley, garlic and ginger and place into the water.

Lastly, place chicken in third bag and add to the soup 30 minutes after placing the other bags in.

Boil for another 1-1/2 hours. I like to prepare the soup the night before so I can chill it and remove the fat before reheating.

Home, and some simple food, for the holiday