Chanukah’s message is alien to most US Jews 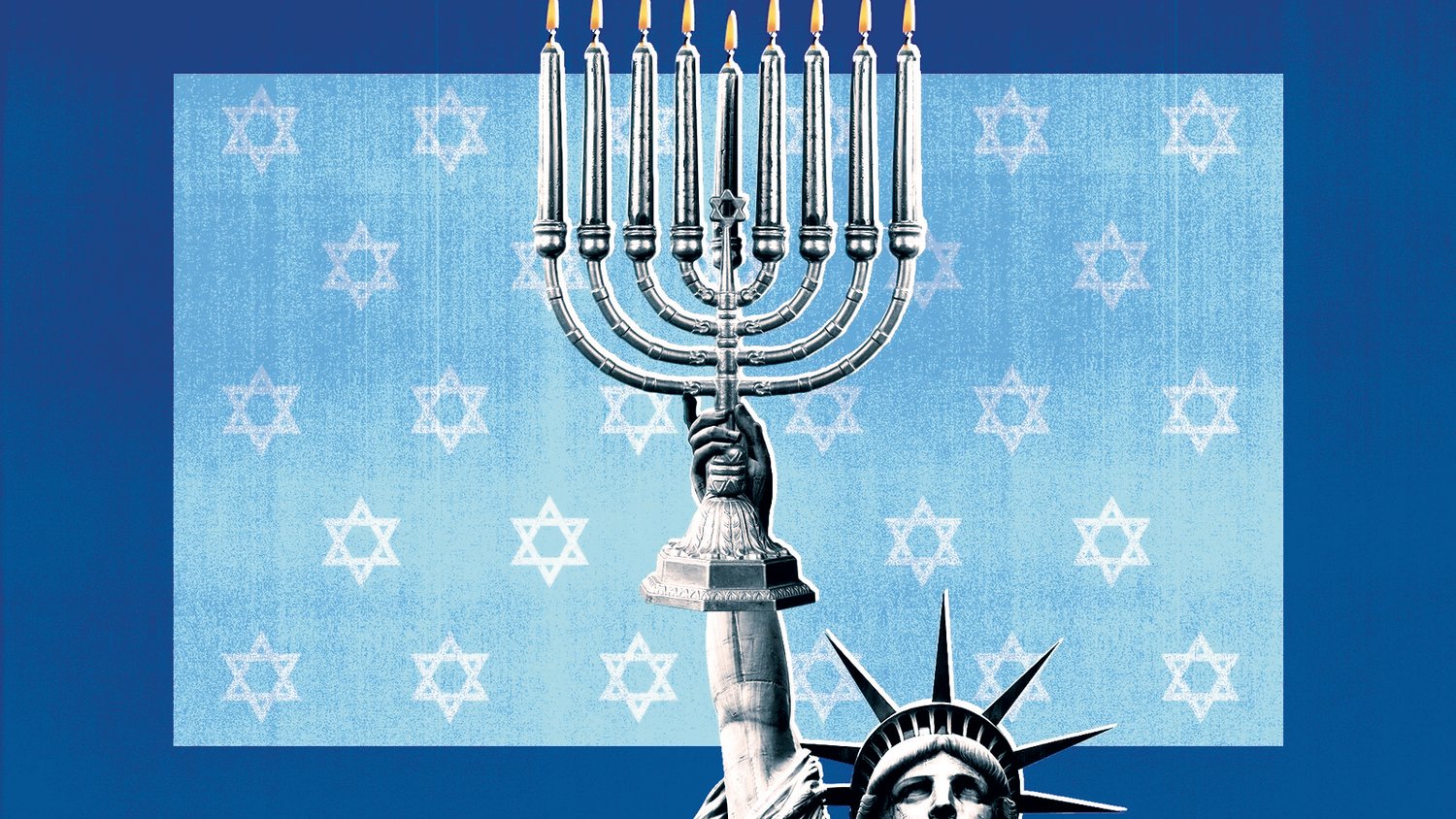 Chanukah needs to be celebrated as a fight against the idols of woke popular culture, not as a blue-tinsel version of Christmas.”
By Jonathan S. Tobin

According to the most recent authoritative study of American Jewry, conducted in 2020 by the Pew Research Institute, approximately 80% of respondents said they owned a menorah. They weren’t asked, however, whether they lit it on the holiday.

An answer to this question was provided by a different survey, conducted for a book by Shmuel Rosner and Camil Fuchs. It found that a whopping 68% of American Jews think the Festival of Lights, a minor observance in the traditional religious calendar, is “one of the three most important” Jewish holidays. Even so, the research showed, fewer than 60% actually light candles, as opposed to just having a menorah on display in their homes as a totemic gesture toward their origins.

Still, Chanukah plays an important role in the Jewish effort to carve a niche in American popular culture. The 2019 debut of the first Hallmark Channel Chanukah movies was a milestone for some.

The newest such Jewish-holiday romance, among the 40 that Hallmark produced for the 2022 holiday season, is an indication that, for all of its problems, American Jewry is still given a place at the communal cultural table, even if it’s a marginal one.

Observant Jews — and those more concerned with the serious problems of surging antisemitism and the ongoing demonization of Israel — may sneer at this “achievement.” But this sort of representation has enormous meaning to the secular majority, especially members of the not-inconsiderable group dubbed by demographers as “Jews of no religion,” the fastest-growing segment of US Jewry.

For many American Jews, the issue of whether a menorah is displayed next to the Christmas tree in their town square’s holiday celebration — or if assemblies in their children’s schools include Chanukah songs along with the carols — is a very big deal. It’s even been the source of endless debates and controversies.

Meanwhile, liberal Jewry has embraced the misguided goal of sweeping the public square clean of all faith.

This has been driven, for some Jews, by an anti-religious impulse. For others, it may stem from a misplaced fear of being victimized by — or left out of — the common practice of “Merry Christmas” salutations, rather than a more ecumenical and amorphous “Happy Holidays.”

But even if we are to set aside the pointless, counterproductive arguments surrounding the issue, and take it at face value that the drive for equal time for Chanukah comes from a place of Jewish pride, the question to be asked is what exactly are American Jews celebrating when they do take down their menorahs from their shelves?

The answer to that is fairly obvious. For most Americans, Chanukah is merely a chance to share in the annual communal December cheer. It’s a blue-tinseled version of Christmas, marked by the same consumerist excess accompanied by largely meaningless expressions about goodwill and fellowship.

I have no criticism of Jews adopting the Christmas practice of gift-giving, in contrast to the Jewish tradition of a little Chanukah gelt. Woke critiques of capitalism and worries about spoiling children aside, exchanging presents in blue, rather than green-and-red, wrapping paper doesn’t do much harm, especially when mixed in with feasting on latkes and sufganiyot.

What ought to be of concern is the fact that this Jewish gloss on Christmas — as well as the way in which the large and growing population of intermarried families often merge the two holidays into a hybrid entity they call “Chrismukkah” — has nothing to do with the actual Jewish festival.

It may come as a shock to most American Jews, but Chanukah is pretty much the opposite of the modern secular celebration of Christmas that most of their neighbors celebrate. Rather than an expression of peace, the revolt of the Maccabees was a battle against foreign oppression and a bloody civil war.

The priest Mattathias and his five sons and their followers fought both their Syrian Greek oppressors and the assimilated Jews who had embraced the Hellenistic practices of their overlords. Contemporary leftists critical of Chanukah aren’t wrong to point out that most American Jews probably have a lot more in common with the latter (who were embracing a universalist culture and rejecting the narrow, parochial beliefs of the rebels) than the heroic Judah Maccabee.

That’s precisely why Chanukah really does deserve the disproportionate attention it gets from American Jews this time of year, relative to its lesser importance in the liturgical calendar.

Jews and non-Jews alike can acknowledge that the Maccabean revolt was an expression of the will to self-determination and political liberty that all peoples share. But for Jews, it’s a reminder that preserving Jewish life in a world where universalist and often coercive and destructive views seek to extinguish and marginalize minority faiths, requires the making of hard choices.

The essence of Jewish identity from our beginnings has always been a willingness to stand up against the idols of popular culture. In the time of the Maccabean revolt, it was the powerful pull of Hellenism.

This, ironically, was a major reason why the descendants of the rebel leaders — who ruled in Judea for more than a century in the relatively brief period of Jewish independence that followed their victory — themselves ultimately fell prey to it, and wound up welcoming the Roman overlords who eventually destroyed the Second Commonwealth.

Today, it is not merely the dilemma of living as a religious minority in a country where more than 98% are not Jewish. Defending Jewish identity also means defying the woke leftist doctrines that dominate so much of American society, including campuses and the mainstream media.

Intersectional ideology and critical race theory label Jews as “white” oppressors of indigenous people — ignoring the fact that, as Chanukah reminds, the Jews are indigenous to the land of Israel. It is as much of a threat to the Jewish future and to the ability of Jews to maintain their identity and communities as the influence of the majority Christian and secular culture.

This is a time of growing antisemitism, which comes from the far-right, fundamentalist Islam, the intersectional left, and an African-American community influenced by the Black Lives Matter movement and hatemongers like the Nation of Islam’s Louis Farrakhan. Chanukah is a call to arms to stand up against all these forces.

It calls to mind that, just as was the case in 165 BCE, the ability to preserve Jewish faith and identity requires ordinary Jews to speak out and refuse to bend their knees to the idols of our time.

Rather than pooh-pooh the emphasis on this minor festival, it should be understood as a springboard for exactly the kind of productive assertions of Jewish pride and defense of rights that is needed more than ever.