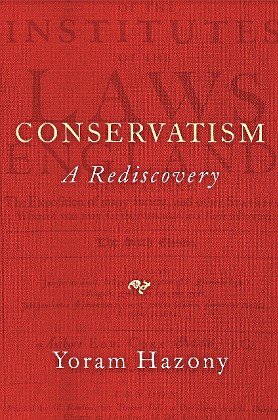 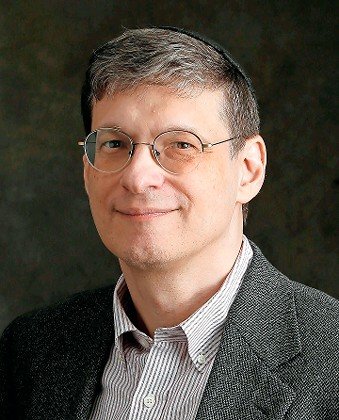 As radical leftist ideologies set society on fire, what’s needed is an intellectual debate about whether classical liberalism or a rediscovered conservatism provides the answers.”
By Jonathan S. Tobin

If, like most people, you don’t follow the world of political and literary intellectual ideas closely, then you missed it. Three years ago, a debate between two conservative writers turned into the kind of no-holds-barred brawl that drew in many other writers and even garnered attention from liberal journals like the New Yorker. But while many observers decried the back and forth between David French and Sohrab Ahmari as reflecting the decline of civility in American public discourse, the substance of their disagreement was important.

With radical ideologies and intolerant woke culture taking a crowbar to traditional values and even the foundations of Western civilization, what should the proper response be? Do we keep faith with classical liberalism, and maintain an attitude of live and let live, even when we see disturbing trends gaining traction and driving opponents out of the mainstream? Or do we reject the idea of a neutral public square and instead answer wokeness with a counter-offensive rooted in tradition and religion that would not tolerate those forces seeking to tear down institutions and civic culture?

The pretext for this donnybrook was a news item about a drag-queen story hour held in a public library in Sacramento, Calif. For Ahmari, then the op-ed editor at the New York Post and now the editor of Compact, a new magazine he recently founded, the deliberate exposure of small children to cross-dressing risqué dancers was a disaster that required more than a shrug of the shoulders. He thought the problem was that conservatives were so devoted to individual rights that they failed to see what was at stake.

He said advocates of radical ideas about race, sexual or gender-identity indoctrination weren’t interested in merely defending their autonomy to do as they like in private spaces. They required everyone else to positively affirm their choices and ideas, and that imperative — backed by liberal political forces that practiced intolerance for dissent in the name of tolerance — would inevitably drive anyone who didn’t agree out of the public square.

That is what happened with religious dissenters from practices like gay marriage, which is now widely accepted across society, and would also inevitably happen to those who felt a drag-queen story hour and even worse ideas were inappropriate.

Ahmari placed blame for this complacency on David French, a lawyer who defended conservatives in religious liberty cases who was then also a writer for National Review. In an essay published in the First Things magazine titled “Against David French-ism,” Ahmari said it was the willingness of people like French to argue only for a public square in which everyone could do as they liked that had stripped society of its defenses.

The classical liberal values of individual liberty at the core of conservative political ideas in the late 20th and early 21st centuries were, said Ahmari, a failure because it was too weak and too tolerant to fight for what its adherents believed in.

In response, French — today a senior editor at the “Never Trump” journal The Dispatch — denounced Ahmari’s call for an offensive against the woke as a threat to everyone’s liberty. If the right could ban drag queens from libraries, what would stop the left from doing the same to conservative Christians and Orthodox Jews? To his way of thinking, even things that he opposed were “the blessings of liberty.” It was the duty of conservatives to defend free discourse, not to suppress it.

Part of the subtext of this argument was that French was a fierce critic of former President Donald Trump. Ahmari had moved from opposition to support of Trump once he was in office. Ahmari’s notion that the right had to stop playing nice with intolerant leftists tapped into the same feelings that drove many voters to embrace Trump.

A lot has happened in the three years since this dustup, and events have strengthened Ahmari’s argument in the eyes of many on the right. Included in what has contributed to a genuine cultural crisis are the Black Lives Matter riots; the willingness of many in the media, academia and public education to adopt the false narrative about American history promoted by the New York Times’ 1619 Project; the embrace by many of the same institutions of critical race theory, white privilege, intersectionality; the acceptance of the intolerant and racist “diversity, equity and inclusion” agenda; and the spread of gender indoctrination even for very young children.

Indeed, the pretext for the Ahmari-French debate has gone mainstream.

The drive to foster acceptance of those who identify as transgender has led to intolerance of dissenting views. Those opposing the practice of allowing life-altering surgeries and treatments for children who claim to be experiencing gender dysphoria are branded as bigots by the Biden administration. And, yes, the appearance of drag queens not just at libraries but in public schools has been normalized by those who see it as necessary to promote inclusion.

Indeed, when Michigan Attorney General Dana Nessel recently quipped that she thought the battle for LGBTQ acceptance may require “a drag queen for every school,” Ahmari did something of a touchdown dance over French and other critics. His predictions that their tolerance of that which ought not to be tolerated would lead to those who opposed such practices now being the ones being driven out of the public square was seemingly vindicated.

That is the context for the publication of a new book that takes this debate to a different and higher level. In Conservatism: A Rediscovery, Yoram Hazony argues that liberalism and liberal values are being destroyed by woke radicals who have seized control over much of our popular culture and even our political system. He says the only possible way to oppose this trend is to discard a classical liberal approach that has proven incapable of defending itself. In its place, he advocates for a system of conservative democracy that would balance belief in individual rights with the needs of the nation and society.

What he wants is the triumph of a conservatism rooted in ideas of nationalism, faith and tradition that are, he believes, the only effective answer to the woke Marxists who are in the process of storming and capturing American society.

Though in his book Hazony takes up the cudgels for the Anglo-American conservative tradition, he has been a formidable intellectual force in the Jewish world. Born in Israel though raised and educated in the United States, Hazony founded the influential Shalom Center think tank in Jerusalem and then helped lead the way to it becoming Shalom College, Israel’s first liberal arts college. Since leaving Shalom, he has taken on different projects, including the presidency of the Herzl Institute and becoming chairman of the Edmund Burke Foundation, named in honor of the 18th-century English thinker and politician whose ideas are at the core of his philosophy.

Much of the book is an exercise in intellectual history. Hazony traces the history of Anglo-American conservatism back to its early English roots and also provides a triptych through the work of the writers and thinkers who shaped modern American conservative thought. At its core is a critique of rationalist ideas that are based on abstract concepts as opposed to those that are empirical and derived from experience and integrated into national traditions.

This may be heavy-going for readers not interested in political philosophy. But Hazony’s template for what a conservative democracy would entail is more worthy of widespread debate than the Ahmari-French spat.

The most accessible section of the book is its concluding passages in which Hazony speaks of what it means to live a conservative life. In tracing his own story of meeting the woman he would marry in college and their subsequent journey towards a life based on religious belief while exploring the world of conservative ideas provides an instructive model for how to live your principles. His belief that you can’t credibly extol traditional values in public while flouting them at home makes sense.

As for policy, he extols a blueprint for society that would be based on reverence for national identity, embrace of public religion, the rule of law, the notion of the traditional family and the religious congregation as the basis of civilized life and education that would be influenced by religion. He backs economic freedom but unlike prevalent conservative trends of the last generation, which venerated the free market above all other values, he supports a more common good conservatism that would balance the needs of the nation and its people against unfettered capitalism.

He thinks immigration rights should be tempered by the necessity of integrating migrants into the national culture and cohesion of each country. His defense of nationalism as a virtue in and of itself (the subject of a previous book), and his opposition to multilateralism and international bodies, is similarly based in the experience of what destructive institutions like the United Nations have done.

Some of this is controversial, especially for Jewish readers. His support for the role of religion in public life goes beyond opposition to a high wall of separation between church and state to support the notion that Christianity “should be the basis for public life and strongly reflected in government” in nations like the United States, where there is a Christian majority, albeit with “provisions” being made for Jews and other minorities to ensure their right to practice their beliefs.

That sounds like the establishment of Christianity as a state religion, something the Founding Fathers rejected with good reason, as well as a shift in status from full equality to toleration for Jews. While that might be defensible in nations that are based on a specific ethnic or religious group like Israel, which is and has the right to be an avowedly Jewish state, or other nations with Christian, Muslim or other national cultures, that’s a non-starter for the United States.

Nor is it clear how the enshrinement of the traditional family as the norm, while laudable in principle, can be compatible with a belief in equality for differing versions of family life.

While these are weaknesses in Hazony’s argument, such questions also point out the difficult dilemma society faces. If acceptance of non-traditional practices inevitably leads to intolerance for traditional religion and culture, how do those who value tradition and the Western canon, but also venerate individual liberty as the only proper purpose of government, defend what they hold dear?

The woke threat to society and democracy that this book seeks to address is no passing fad. In spite of the misgivings about some elements of his vision of conservative democracy, more books like Hazony’s — and a vigorous debate about them and their ideas — are needed. Without it, we will remain at the mercy of forces whose objective is not just to strip the public square of faith and to drive traditional values and their adherents to the margins of society, but also to ultimately smother any idea of liberty or democracy.

Scoring points in the battle for hearts and minds is important, but that won’t pacify those whose only goal is Israel’s demise