Is it OK to do bad things to achieve good ends? A new animated documentary covers some extreme of examples. 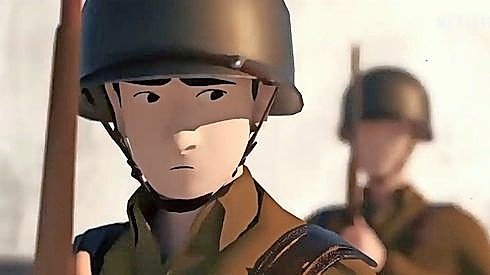 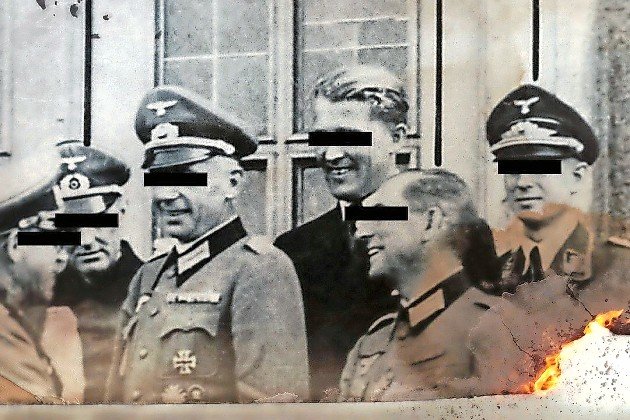 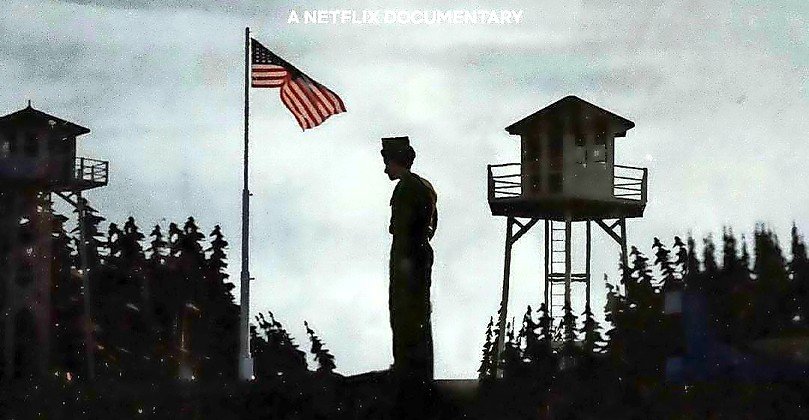 Previous Next
By Alan Zeitlin, JNS

It was basically the complete opposite of what they expected.

A group of German Jews who fled Hitler and Nazi Germany, and who signed up to be American soldiers, wanted to exact revenge. Instead, they were told to be nice to the Nazis, play sports with them and keep them happy.

Arno Mayer thought he was on the side that was gonna “beat the [expletive] out the Germans,” he explains in the newly released Netflix documentary “Camp Confidential: America’s Secret Nazis.”

Peter Weiss also expected to do battle, but instead was asked to speak German, and when it was clear he could do it fluently, he was sent to what was called PO Box 1142. He had no idea what that was. But the soldiers realized they would not be sent to Europe; instead, they were sent to a military installation near Washington that looked like a club, had tennis courts and a swimming pool.

The 36-minute long documentary short is all the more surreal as the real footage of men being interviewed is juxtaposed with animated re-enactments. The soldiers soon learned that they would have to get information about German rocket systems. As such, rather than beating and torturing them, the Pentagon, the men say, authorized them to buy things for their relatives to send back home to Germany. Rudolph Bins says the Germans looked like they’d arrived directly from the battlefield, had no other clothes and were from every unit, with even some SS officers.

“It was not the most comfortable feeling,” says Henry Kolm, in an extreme understatement. “Some of them were real Nazis, and they might have killed you on the spot if they could. You know, I’m Jewish, and they knew it, too.”

What they were doing was top secret, and the prisoners included Germany’s top scientists. The V-2 rockets had claimed 50,000 lives in London and more elsewhere. There was a fear the rockets would soon be able to reach New York or Washington and would have changed the course of World War II.

They spoke in German to the prisoners and were told to especially listen if they said anything about rocketry.

In one instance when a Waffen-SS member wouldn’t talk, he was put into an ambulance, told he would be gassed and then a vacuum cleaner piped in dirty air through a ventilation system. Thinking it was real, the man quickly gave up information. This is the only example of any harsh treatment described in the film.

Eventually, they discovered a site where Hitler was building the V-2 rockets in a secret underground factory based on interrogations, and the US Army bombed it.

Since the US government wanted scientists on the German side to help America’s rocket program, they decided to stay on the good side of some 300 scientists. Lead scientist Wernher von Braun was considered a great find; he was a developer of the V-2 rocket.

In the most unfathomable moment of the documentary, a German-Jewish American solider takes von Braun and three others to a Jewish-owned department store named Landsburgh’s and is willing to buy them gifts for the Nazis to send home to their families for the holidays. It was approved by the Pentagon, according to the documentary.

As Jewish customers look on in shock as the men are dressed in leather coats — one even has a feather on his hat — the men are able to purchase not only chocolate, coffee and tea, but women’s underwear and bras, the dollars supplied by the US Army.

Nazi rocket scientists who were crucial to the German war effort were now crucial to the American war effort, explains Weiss. They received newspapers, magazines and whiskey and were interrogated as they played volleyball, tennis or horseshoes. Those who cooperated were even allowed to go to the movies.

The documentary cuts to a movie reel where the news shows theater-goers the first proof of the extermination of Jews, including footage of Gen. Dwight D. Eisenhower touring Buchenwald. A narrator speaks of the mass deaths as corpses are shown, saying that the murder of Jews “will blacken the name of Germany for the rest of recorded history.”

The film is mind-flipping. It’s hard to avoid wondering how these newly American Jews who had fled Germany — a country where in many cases, their relatives were murdered — contained themselves and didn’t kill the Nazis. Still, they were told that extracting information was necessary and that it would ensure that America would become and stay the most powerful country in the world. That might have made sense on a pragmatic level, but psychologically?

In the film, one Jewish soldier says having to be nice to the Nazis made him want to vomit. It’s also maddening to watch, knowing that these Nazis would never be charged for the crimes. The explanation given is that they were needed to help America in the Cold War against Russia and that America wanted (and needed) to obtain intelligence about Russia from them.

According to the film, America’s feat of being the first country to land a man on the moon was in part due to German scientists, who were allowed to be naturalized and were permitted to have their families brought over. About 1,600 German scientists arrived in the United States; many were hired by NASA or the CIA.

We learn that PO BOX 1142 was destroyed, documents were classified, and the Jewish soldiers were sworn to secrecy. But some came forward.

Is it OK to do bad things to achieve good ends? One of the former Jewish soldiers didn’t think so.

The film is infuriating, yet illuminating as to the moral compromises men will make.

Quite frankly, this film, directed by Daniel Sivan and Mor Loushy, is simply unforgettable. The decision to use animation and keep it short were both good ones, as it heightens the absurdity (and a longer version might cause someone to want to punch the screen). This is a film where the viewer will naturally hypothesize what they might have done in the men’s stead, were they in the same wildly absurd situation as these stunned Jewish soldiers.

Restating a truth: Jews are indiginous to Israel