Brafman teams with Dershowitz for JNF 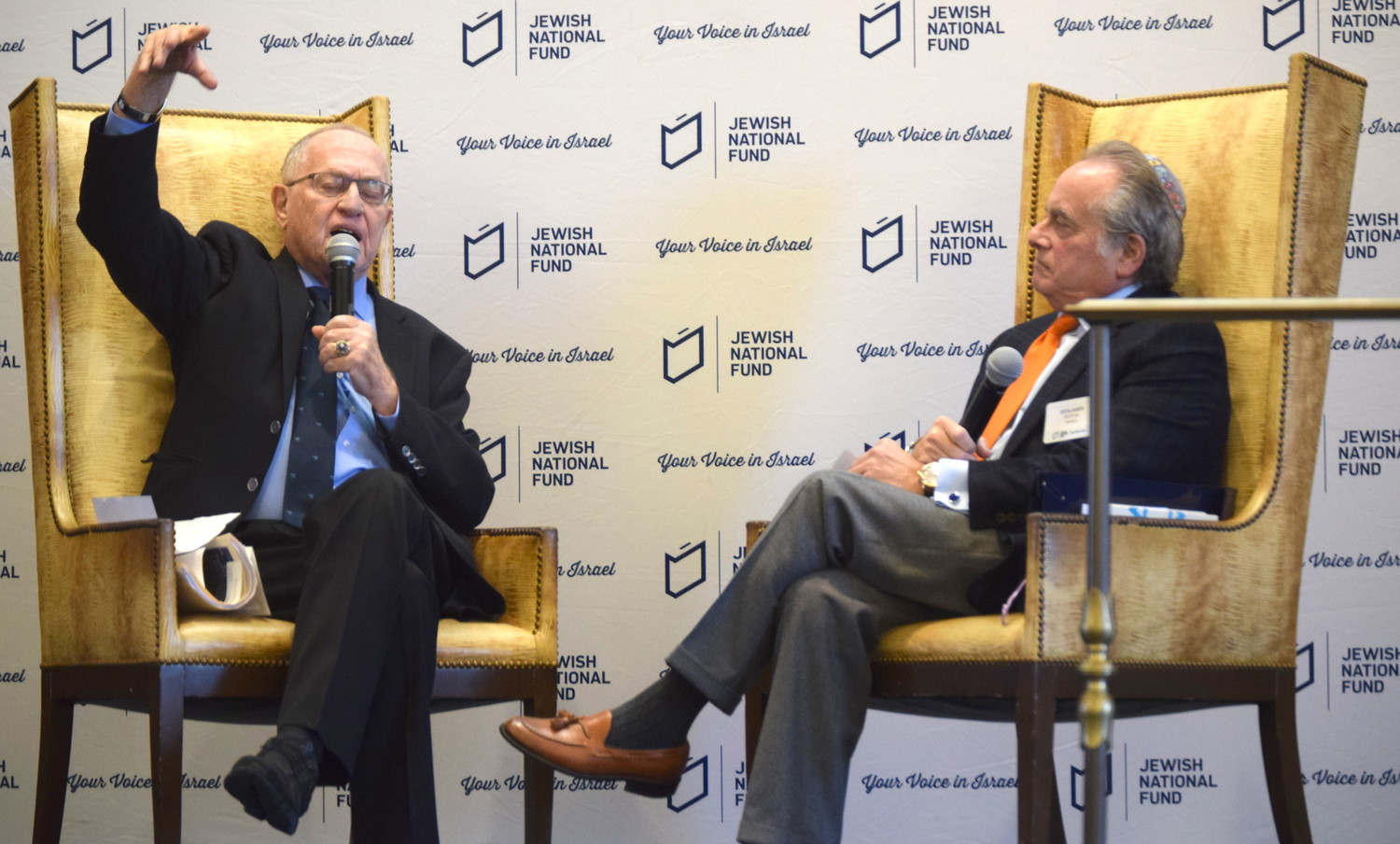 Two Zionists from Brooklyn — one a prominent Lawrence-based criminal defense attorney, the other a renowned constitutional scholar — came to Congregation Beth Shalom on Sunday to help kick off the Jewish National Fund’s Five Towns community campaign.

Attorneys Benjamin Brafman and Alan Dershowitz engaged in a wide-ranging discussion of global and Israeli issues. They kibitzed on how they were not the best yeshiva students, with Brafman posing questions to Dersho-witz whose responses showed that he, like Brafman, is at the top of the legal game.

Dershowitz emphasized that Israel is a “lawfully created country … defended by the sword, but created by the pen,” noting the Balfour Declaration and multiple UN resolutions.

Dershowitz said that he works to insure that support for Israel remain bipartisan, noting that he supported President Obama even though he disagreed with the Iran nuclear deal and Obama’s failure to denounce anti-Israel resolutions at the UN. He supports President Trump’s move of the embassy from Tel Aviv to Jerusalem.

Dershowitz said that he’s advised presidents on Israel since Clinton.

The program was cut short because Dershowitz’s mother-in-law died. She was 99, and he had to leave for South Carolina.

“The Jewish National Fund is so important, no organization is more important in building Israel,” he said.

Recognized during the program were Mark and Sharon Ingber, parents of University of Michigan student Abigail Ingber. Abigail created a national stir after UM Professor John Cheney-Lippold declined to write her a letter of recommendation to study in Israel. The university disciplined Cheney-Lippold.

Both parents said they were not surprised that Abigail stood up to the professor because of her strong Jewish background that includes her maternal grandmother, Molly Eichler, who was first woman synagogue president in New Jersey.

Founded in 1901, the Jewish National Fund has planted more than 250 million trees, built more than 250 reservoirs and dams, developed over 250,000 acres, created more than 2,000 parks and provided the infrastructure for more than 1,000 communities in the land of Israel.