At HS in Newton: Orthodox rabbis on front lines 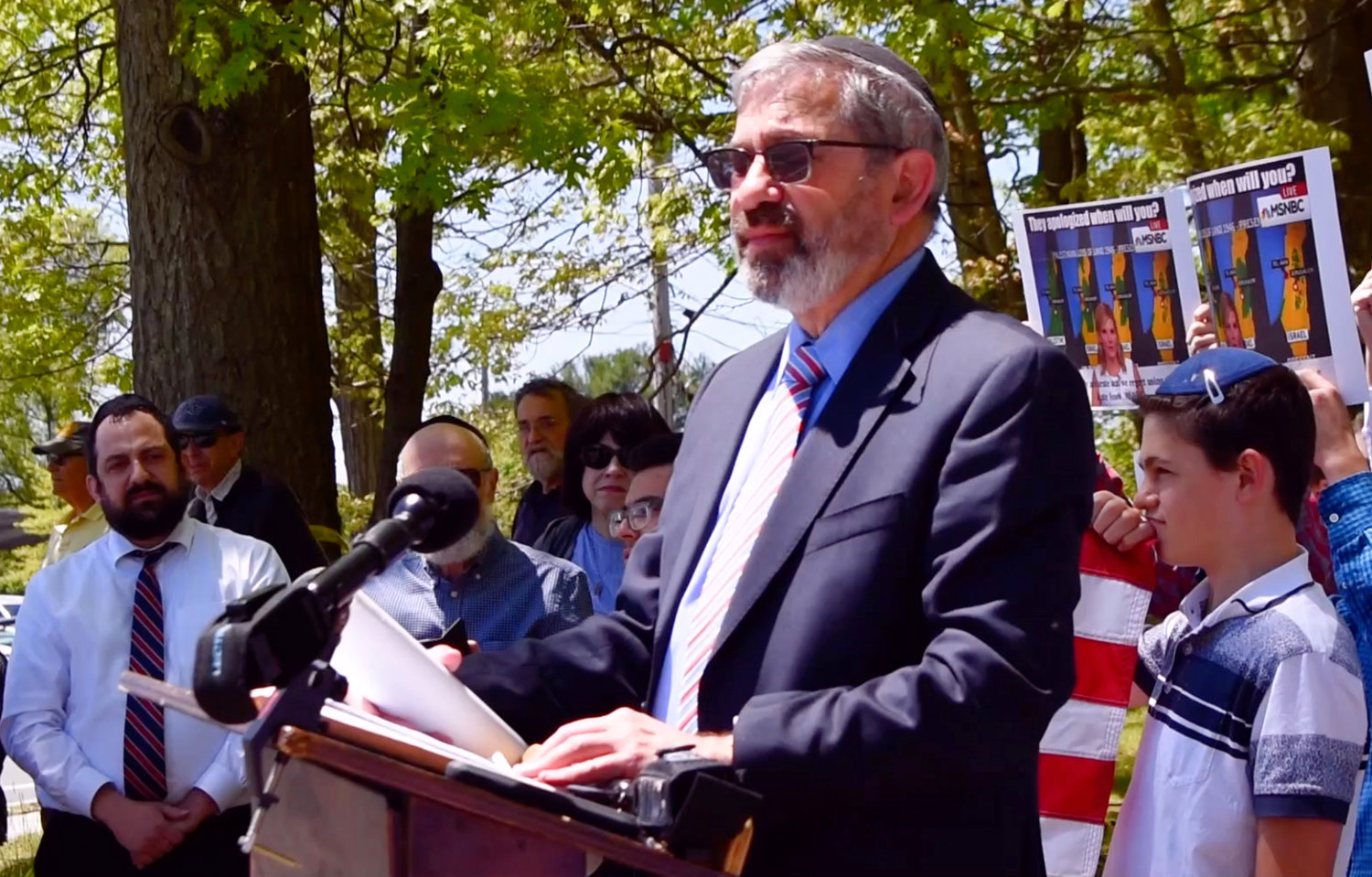 The Israel-bashing so prevalent on North American college campuses has reached into high schools. Under the guise of history, social studies, conflict resolution or “peace studies,” curriculum mills hostile to the Jewish state are spreading anti-Israel lessons throughout the nation’s public high schools.

The biased curricula are designed to be easy to use, with formats familiar to teachers — many of whom, we now know, have themselves imbibed anti-Israel lessons in the politicized education departments of American universities. The curricula reflect Arabist propaganda, Muslim dogma and leftist ideology, including that of the anti-Israel Jewish left — all masquerading as historical fact. Much of this activity is funded by Qatar and Saudi Arabia. Students who sit through these courses will be well-prepared for radical professors once they get to a college campus.

To date, no major establishment Jewish organization has taken on the task of dealing with this. So far, we’ve read of only parents and grassroots pro-Israel groups fighting back. Last week, it was reported that parents in Skokie, Ill., discovered a virulently anti-Israel curriculum designed by Jewish Voice for Peace, and responded so quickly and in such numbers with calls and letters to school officials that the course was soon dropped.

But this success seems rare. It happened in a city where many Jews attended the school system in their youth and were personally angered. The JVP course is a national effort. Who knows where it has penetrated unnoticed or unopposed?

The story in Newton, Mass., is much less happy. Here in this leafy suburb of Boston, grassroots groups have been fighting virulently anti-Israel and pro-Islamist curricula for seven years. One major difference between Skokie and Newton is that in Newton, the Jewish establishment is in full support of the school committee. When the controversy started, the school committee was chaired by a family member of Boston’s most powerful Jewish leader. The Anti-Defamation League, the Jewish Community Relations Council and the Combined Jewish Philanthropies (Boston’s Jewish Federation) assured the community that there was no real problem with the schools’ teachings. The school committee and the mayor could then easily marginalize the protesters as “right-wingers.” And they did.

Yet from what I can detect, the Newton materials were far worse than those in Skokie.

Meanwhile, the Committee for Accuracy in Middle East Reporting in America (CAMERA) published a scholarly report severely critical of the Newton curriculum. After that, the Boston Jewish establishment stopped defending the school committee. A group of parents have recently sued the school system, charging that administrators failed to vet classroom materials. Stay tuned.

Rabbi Yosef Polter of the Acton/Concord Chabad made a dramatic, emotional and eloquent speech to the Newton School Committee on May 13. Video of his talk has been spreading on the Internet.

And on May 21, Rabbi Zev Meir Friedman, who leads the Rambam Mesivta in Lawrence, brought a busload of his students — a four-hour ride each way — to stage a protest in front of Newton South High School in Newton.

The protest focused on several egregious misrepresentations of the Middle East conflict taught in Newton schools, including a doctored version of the infamous Hamas covenant. While the actual document calls for the killing of every Jew in the world, Newton students were given an edited version that omits Hamas’s genocidal intent — thus making the terrorist organization appear to be interested only in expanded borders, and not in waging “holy war.” Teachers tell students that the Arab-Israeli conflict is about land, not religious hatred.

At the protest, Friedman’s students read out the portions of the Hamas covenant calling for the extermination of the Jewish people. Then each student read out names of Jews and Israelis murdered by the very Palestinian terrorists whose intentions Newton’s public school curriculum had whitewashed. The protesters spoke for about 40 minutes and chanted slogans such as “Half the truth is not the truth!” and “Educate! Don’t intimidate!”

Friedman, the son of Holocaust survivors, said after the protest, “I think Jews have to have a sense of pride … and definitely speak out when they’re being attacked.”

It’s good to see Orthodox rabbis stand up for Jewish students in public schools. It’s not good to see the Jewish community leaders failing us so utterly, in Newton and the rest of the United States.

There are likely thousands of high schools across the country poisoning young minds against Israel and against the Jewish community here that supports it. How long will it take for Jewish leaders to understand the connection between the demonization of Israel and the mounting assaults on Jews?