The rabbi and imam, no joke 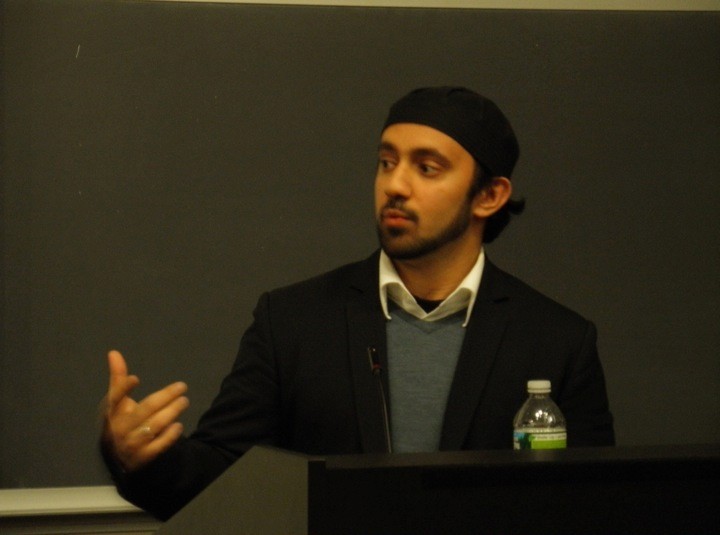 It could be a joke: a rabbi and an imam walk into Yeshiva University. But on Jan. 27, Imam Khalid Latif and Rabbi Yehuda Sarna, both of New York University, spoke together at the flagship institution of Modern Orthodoxy.

The forum was sponsored by the student-club TEIQU, Torah Exploration of Ideas, Questions and Understanding. The group achieved publicity in the past through a forum on kosher ethics, and a speaking engagement with Rabbi Ethan Tucker, a controversial Orthodox rabbi. The university’s advisory board refused to allow the event on campus in a story that was covered by The Jewish Star.

This event also garnered attention since Rabbi Joseph Soloveitchik’s spoke out against theological dialogue with the Catholic church in 1964, a ban that many still consider binding about dialog with all other faiths.

“We could not refer to it as an interfaith event because of how Rav Soloveitchik writes about the topic,” explained Shani Gross, 20, the president of TEIQU. Though she added that there was no conflict with the university about the event. “There was no problem with the board as much as scheduling and finding a room.”

So instead of a loaded discussion about the conflict between Judaism and Islam, the event was a quiet dialogue between two clerics from very different backgrounds. “Dialog has a connotation — a big grandstand with two authoritative figures,” said Rabbi Sarna, “This event is a conversation we share as people.”

Rabbi Sarna’s colleague, Imam Latif, a son of Pakistani immigrants, grew up in Edison, New Jersey. He had Jewish classmates and attended his share of bar mitzvahs. “I wore a yarmulkeh before I wore a kufi,” he said, referring to the traditional Islamic prayer cap. “It was not yet connected to my faith back then.”

A decade later, at age 24, Imam Latif became the youngest chaplain at the NYPD and the Muslim chaplain at the Islamic Center at New York University. He befriended a fellow campus chaplain, who also had his own story of cross-religious interaction.

“I got an email from a student named Mohammed, and up to that point, I never met a Muslim,” said Rabbi Sarna, 32, of the Bronfman Center for Jewish Student Life at NYU. “He was asking me about vanilla extract.”