The Kosher Bookworm: Rashi and Rambam on Christianity 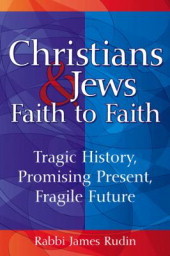 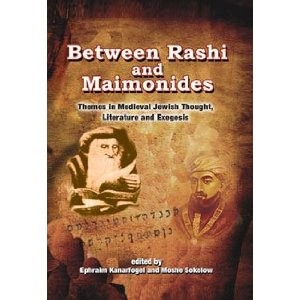 ‘Tis the season to be informed.

This week’s reviews will briefly touch upon two works that inform us of the Jewish take on Christian history and theology. One word of caution, in no way should this essay be viewed as a dialogue on interfaith discourse.

“Between Rashi and Maimonides: Themes in Medieval Jewish Thought, Literature, and Exegesis” [Yeshiva University Press / Ktav, 2010], is a recently released anthology of essays based upon a conference on this topic given at Stern College in 2004 marking the triple anniversaries of the 900th yahrtzeit of Rashi, the 800th yahrtzeit of Maimonides and the 50th anniversary of the founding of Stern College. Edited by Rabbi Dr. Ephraim Karnafogel and Dr. Moshe Sokolow, both members of the Yeshiva University faculty, this volume sought to explore various contrasts and similarities between two of the most distinguished commentators of the Torah and the Talmud.

I would like to briefly focus upon the first essay of this book, written by Dr. Daniel J. Lasker of Ben Gurion University, titled, “Rashi and Maimonides on Christianity”.

Within this brief, yet comprehensive, 16-page essay the author goes into great detail in analyzing the methodology employed by both classic commentators of the theological view of our faith toward the historical events leading to the beginning of Christianity. Much is made of the contrasting backgrounds of Rashi and Maimonides, the former having lived in Crusader-ridden Europe and the later having resided in predominant Moslem societies. This fact alone should have had some influence upon their respective views of the dominant faiths of their domiciles. Nevertheless, it is pointed out that Rashi was not entirely conversant in Christian dogma and history, and did not indulge in the religious polemics of his day. While attempts have been made to prove otherwise, especially in his commentary on the Psalms, Lasker demonstrates that Rashi basically kept a polite profile on these issues, even though the ongoing persecutions around him would have given him good cause for theological response.