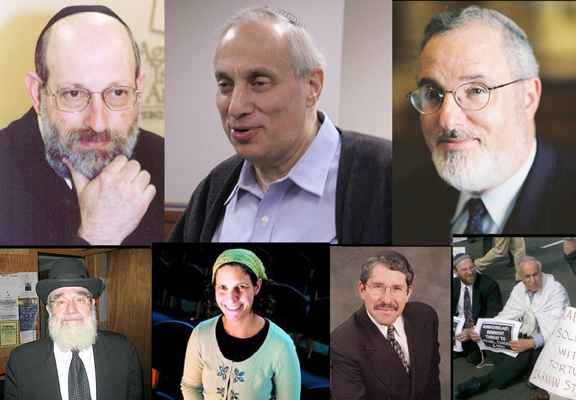 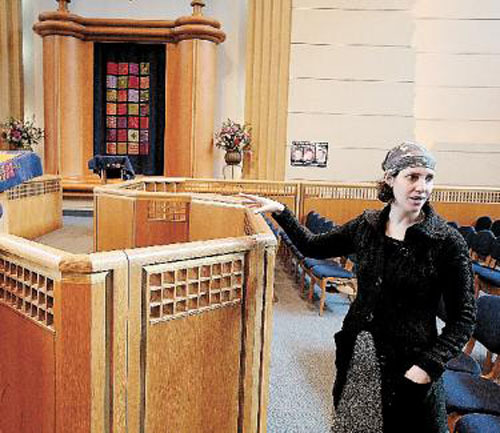 Past the edge of Orthodoxy? Hurwitz will retain 'rabba' title for now; others to be called 'mahara"t'

Update: The following is an updated version of an article in this week's newspaper; it confirms our report from an unnamed source that Rabbi Avi Weiss would back down over his confrontation with the Orthodox establishment over his decision to ordain a woman, Sara Hurwitz, as an Orthodox Rabbi.

Shakespeare’s dictum only applies to roses; a rabbi by any other name is not a rabbi.

Following weeks of negotiation with the Rabbinical Council of America, Rabbi Avi Weiss has made an about face and agreed to not confer the title  'Rabba' on graduates of his Yeshivat Mahara"t for women.

The RCA issued a statement Friday afternoon that confirmed a report in the March 5 issue of The Jewish Star.

The story in the print edition quotes an unnamed source who said, “They’re negotiating. The RCA does not want to kick him out and he does not want to be kicked out, but this is an intolerable activity .... He [Weiss] is an impetous fellow, which is okay. Everything is in how he words it. If I had to guess, when Rabbi Weiss retracts, he’s going to say this was the right thing at the wrong time and I regret doing it, and I commit to not doing it for a period of time.”

Rabbi Basil Herring, executive vice president of the RCA, did not return calls for comment but on Friday afternoon the organization released a statement to announce that Rabbi Weiss had backed down.

Rabbi Weiss said as much in a letter addressed to RCA President Rabbi Moshe Kletenik, which was released to the public:

"It is not my intention or the intention of Yeshivat Maharat to confer the title of "Rabba" upon its graduates," Rabbi  Weiss wrote. "Yeshivat Maharat prepares women for positions of religious leadership in the Orthodox community. Each student who completes its course of study in Tanakh, Talmud, Halakha and Jewish Thought, and is deemed fit by her faith, knowledge of our Mesoret, ethical integrity and temperament to assume positions of religious leadership in Orthodox institutions will be confirmed as manhigah hilkhatit, ruhanit, toranit (Maharat)."

The RCA statement praised Rabbi Weiss and said the dispute was resolved with "adherence to Torah principles and in a spirit of cooperation for the sake of peace and unity." The statement affirmed the RCA's support for women in positions of leadership, but cautioned that "any innovations that impact the community as a whole should be done only with the broad support of the Orthodox rabbinate and a firm grounding in the eternal mesorah of the Jewish people."

The statement and Rabbi Weiss's letter did not say if Sara Hurwitz would be allowed to retain her title of Rabba or would revert to using the title 'mahara"t.' In an interview with The Jewish Star on Monday, Hurwitz said she would continue to use the title, for now.

"Right now I'm still being called 'rabba' and we're undergoing a process within our own community [the Hebrew Institute of Riverdale] to make sure that's the right thing," she said.

Rabbi Avi Weiss’s announced ordination several weeks ago of Hurwitz, 33, with the new title of Rabba, drew a furious response from virtually all corners of Orthodox Judaism.

Hurwitz served this past year at the Hebrew Institute of Riverdale, under the title Mahara”t. The upgraded title was necessary, Rabbi Weiss explained, to “make it clear that Sara Hurwitz is a full member of our rabbinic staff.”

The notion of a Mahara”t was apparently accepted in the Bronx, if barely tolerated elsewhere, but the new title sparked outrage even among some in Riverdale and raised the question: has Rabbi Weiss finally gone too far?

"It was made pretty clear that the alternative was death; even she [Hurwitz] is better off. They were going to expel him and expel the shul. If you look at the Agudah statement they declared him non-Orthodox, not wrong, not mistaken, but not Orthodox," said a source familiar with the negotiation.

Agudath Israel first called the venture of ordaining women to the Orthodox clergy an “essential break with the mesorah (tradition) of klal yisroel” — in the words of a spokesman, Rabbi Avi Shafran — but a Feb. 25 statement signed by the members of Agudah’s Moetzet Gedolei HaTorah (Council of Torah Sages), was even more pointed.

“These developments represent a radical and dangerous departure from Jewish tradition and the mesoras haTorah, and must be condemned in the strongest terms. Any congregation with a woman in a rabbinical position of any sort cannot be considered Orthodox,” said the statement, whose signatories included Rabbi Dovid Feinstein, Rabbi Shmuel Kamenetzky and Rabbi Yaakov Perlow, the Novominsker Rebbe.

Their principal objection is based on tznius, modesty, in the understanding of Rabbi Avi Shafran, Agudah’s director of public policy.

“Tznius isn’t a mode of dress. It includes the idea that women are demeaned and not honored when they’re put in the public eye and put on a pedestal. The position he [Weiss] has created violated the concept,” Shafran said. Whether the ordination violates a specific halacha (Torah law), is unimportant, he explained.

“Putting a woman in front of a group of men and women on a regular or ad-hoc basis is violative of tznius. Halacha accomplishes much more than the letter of the law. There is nothing in the Shulchan Aruch about keeping a cat in the aron kodesh. It’s technically permitted but it’s wrong to do.”

Perhaps most importantly, Weiss’s move was made without any authority, Shafran said.

“[If] Weiss had the backing of a world-class posek (halachic decisor) he would have a claim that he’s not departing [from the mesorah], but he does not have any such backings on the recognized Orthodox spectrum, chareidi or central. He’s changing the face of mesorah without anyone of stature behind him.”

While a condemnation from the Agudah was not unexpected, more centrist Orthodox voices were equally unforgiving.

“The ordination of women as rabbis represents a serious and inappropriate breach with our sacred tradition and is beyond the pale of Orthodox Judaism,” said Rabbi Steven Pruzansky, a prominent Orthodox figure and rabbi of Congregation Bnei Yeshuran in Teaneck.

On his blog, Rabbi Pruzansky lambasted Weiss’s move, both from a halachic and historical perspective. The role of female clergy, “not only mimics Reform, but in fact is a throwback to pagan ideologies and a perennial challenge to religious establishments,” he wrote.

“Well, all rabbis are created equal, but they do not all carry equal weight,”

Pruzansky explained in a telephone interview. “Tradition strives for consensus, and in almost every case — and the exceptions are literally exceptional cases. The halacha (law), minhag (custom), practice, recommendation, etc. will follow the consensus of rabbis and certainly when the matter at hand has national implications...”

Bracha Rutner, who serves in the Riverdale Jewish Center as a Yoetzet Halacha, a role akin to Hurwitz’s in some ways, wasn’t sure about the impact of a formal ordination. As a Yoetzet, Rutner is a halachic advisor to women in the community regarding taharat mishpacha (laws of family purity) and a variety of other issues, but she does not occupy a public rabbinical position.

“It’s an important step in the advancement of women. I just don’t know if this is the appropriate time to do it,” explained Rutner. “Maybe in the future, with women having more experience it is something that would have come out, but I just don’t think at this time it was the best thing for the community at large.”

Rutner said that she and other Yoatzot Halacha have worked subtly to make changes in the Jewish community. “We’re proponents of doing things quietly,” she explained andsaid the results of that approach have been positive.

“What has happened is people have come out and talked about what we’re doing: showing the number of phone calls, and the number of children able to come in the world. We keep things quiet, as opposed to presenting it so publicly.”

Rabbi Weiss has his defenders. Most prominent among them is Rabbi Marc Angel, Rabbi Emeritus of Congregation Shearith Israel, the historic Spanish and Portugese Synagogue in New York City.

“Rabbi Weiss is a visionary; an Orthodox rabbi who has the courage to grapple with many issues that other rabbis fear to confront,” he explained via email, before the report of Rabbi Weiss' retraction was made public. “Whether or not people agree with him, they should respect the seriousness of his endeavor and his absolute commitment to make Orthodoxy grow and thrive in a meaningful, vibrant and ‘open’ manner.”

All change, he said, come with an accompanying friction.

“Whenever someone suggests a change in old patterns — even when the change is organic and halakhically proper — there will be those who reflexively oppose the innovator, and who prefer to keep Orthodoxy closed, hierarchical and authoritarian.”