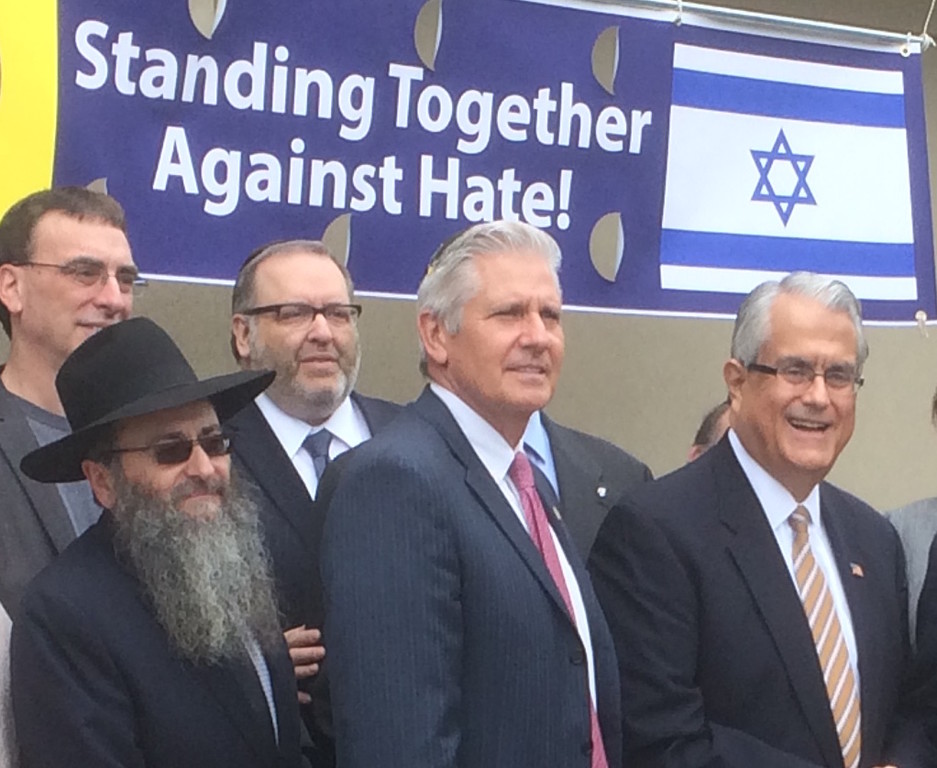 Nassau County and the Town of Hempstead legislatures each moved this week to assert support for Israel by opposing the anti-Jewish state Boycott Disinvestment and Sanctions (BDS) movement.

The county legislature voted unanimously on Monday to refuse county work to companies that are involved with BDS, a movement that Legislator Howard Kopel said was “nothing more than thinly-veiled anti-Semitism.”

“Anti-Semitic policies have no place in our society and Nassau,” County Executive Ed Mangano said.

Last Wednesday, Town of Hempstead officials gathered with local rabbis and community leaders outside the Young Israel of Lawrence-Cedarhurst to announce plans for a similar bill affecting Town of Hempstead business.

Councilman Bruce Blakeman said that BDS was “part of a far-left anti-Semitic agenda to discredit Israel and eventually bring Israel to its knees, and that will not happen.”

Hempstead Town Supervisor Anthony Santino said he was not aware of any company doing town work that supports BDS, “but now we will require everyone that does business with us to certify that they are not.” Once the bill passes, “we can say with certainty that there is no one” in the BDS camp.